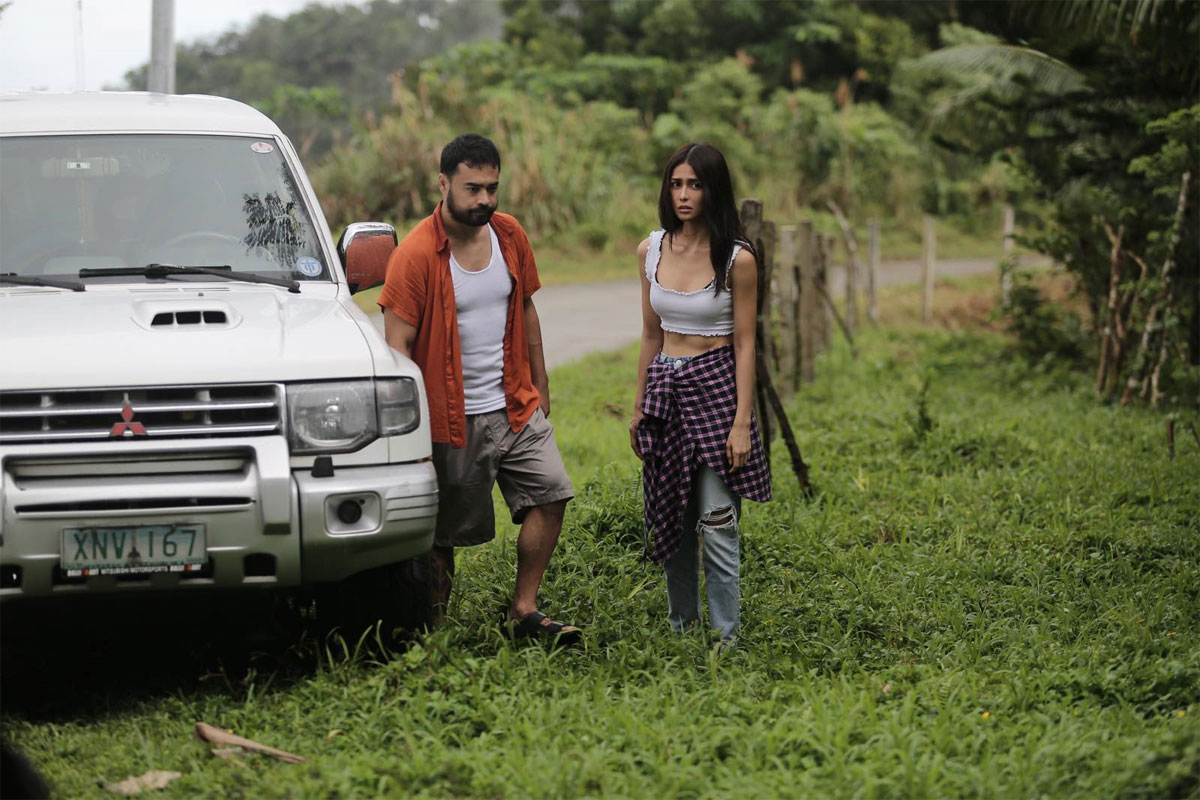 THERE’S a saying that, “sometimes you need to get lost to find yourself,” but what if you never do? Or worse, what if no one finds you? Fasten your seat belts and ready your GPS,

It’s what the new Viva movie, ‘Reroute’ is all about. It drops off on Vivamax this January 2022

A sexy-suspense thriller that stars some of the best and versatile actors in the Philippines headed by Venice Film Festival Best Actor John Arcilla. Reroute is a story about a couple, Trina (Cindy Miranda) and Dan (Sid Lucero), who are having marital problems after Dan accuses Trina. While having this problem in their relationship, they decide to travel down south to visit Dan’s dying father. As they try to reach their destination, they encounter a roadblock, advising all vehicles for a reroute. Tired from driving, Dan gets frustrated after finding out that it would take them another hour if they change their course. He then decides to continue their journey on a nearby shortcut, passing through a rough and deserted road. To add mishaps to their evening, their car suddenly breaks down, and here they stumble upon a strange, barefooted man named Gemo (John Arcilla).

Gemo offers to help and invites them to stay overnight at his house and then help in fixing their car in the morning. Exhausted from the long travel they had, the couple accepts his offer, even if Trina senses something odd and unusual about Gemo. As they arrive at his house, they meet Gemo’s wife, Lala (Nathalie Hart), a young woman who also seems strange and seldom speaks. As Trina and Dan get comfortable in their stay, Gemo continuously interviews them. And when his questions become personal, they know something is wrong.

A spine-chilling thriller like Reroute requires great acting prowess. Joining John Arcilla is Sid Lucero who has won several best actor awards and has an International Emmy Awards nomination. Viva’s prime actresses Cindy Miranda and Nathalie Hart, who have been making names in the acting scene, upped their game and proved they deserve the roles given to them.

To match the astounding cast is an award-winning director. This film is directed by Lawrence Fajardo, who brought the internationally-acclaimed movie, Amok. Fajardo has also won multiple directorial and editing awards throughout his career, two of which are from Gawad Urian. Last year, Fajardo presented us intense movies like Nerisa, Mahjong Nights, and the MMFF entry A Hard Day. With a superb cast and a remarkable director, it is with no doubt that Reroute will be trending and highly-talked about in the movie for the start of 2022. Produced by Viva Films, keep track of the date as Reroute arrives on Vivamax this January 21, 2022.