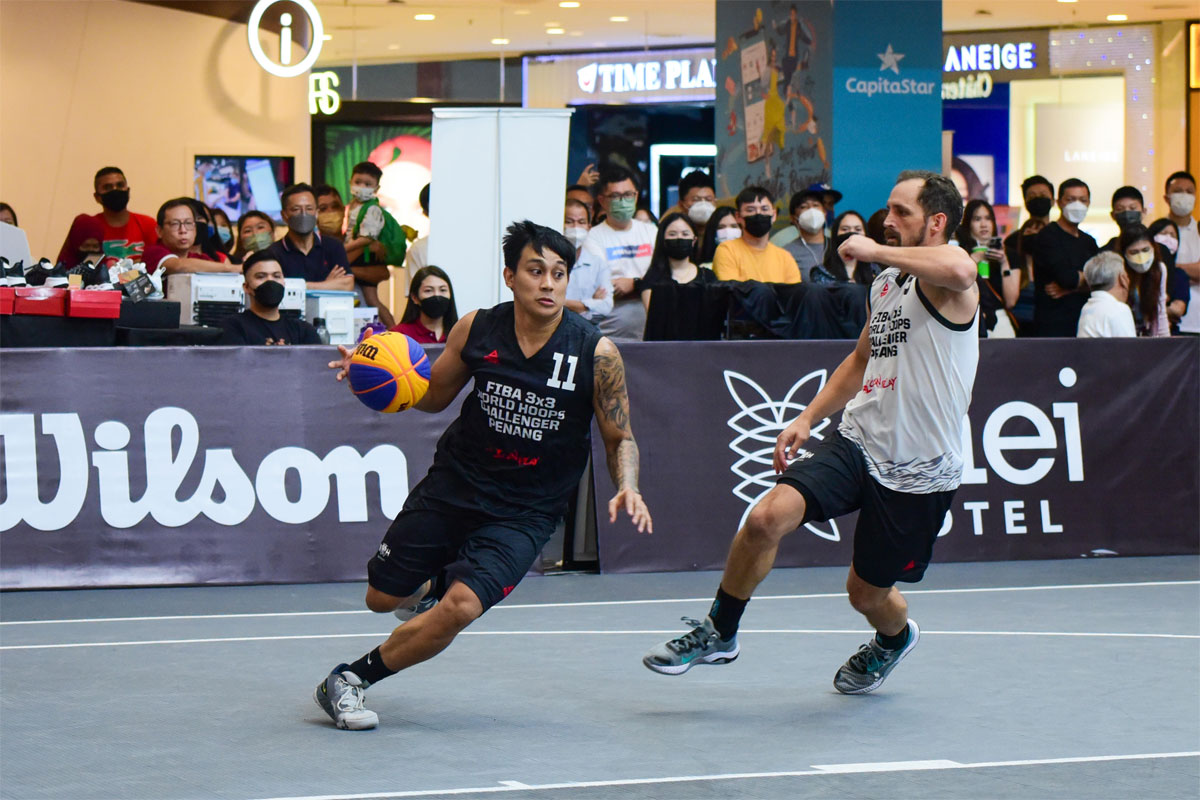 Mac Tallo of Cebu Chooks in action vs Princeton.
Basketball,

CEBU Chooks could not sustain its strong start against Princeton, faltering versus USA’s top team Princeton in the quarterfinal sof the 2022 FIBA 3×3 Penang Challenger, 22-17 (7:34) at Queensbay Mall in Malaysia.

It was a tough defeat, particularly for the country’s top 3×3 player Mac Tallo as his 14-point effort went for naught.

Princeton used its brute as they relied on the duo of Kareem Maddox and Damon Huffman to eventually gain a 10-7 lead midway through the do-or-die clash.

It was a nip-and-tuck affair from there as the two teams exchanged baskets.

With the game tied at 16-all, Canyon Barry and Maddox were able to find their way inside for a two-point cushion.

Ramirez tried to will Cebu back in the game but a Vince Tolentino foul — Cebu’s eighth of the game — with 2:57 left sent Maddox to the stripe for two free throws.

USA’s second-best 3×3 player calmly sank the two freebies to send his side to matchpoint.

A miss from Tallo from deep led to a wide-open Barry deuce to seal their downtown with NY Harlem later in the day.

Up next for Cebu Chooks is the Chooks-to-Go Pilipinas 3×3 International Standalone Quest on Friday at Ayala Malls Solenad.

The one-day tournament will serve as a qualifier for the Cebu Masters on October 1-2 at SM Seaside.