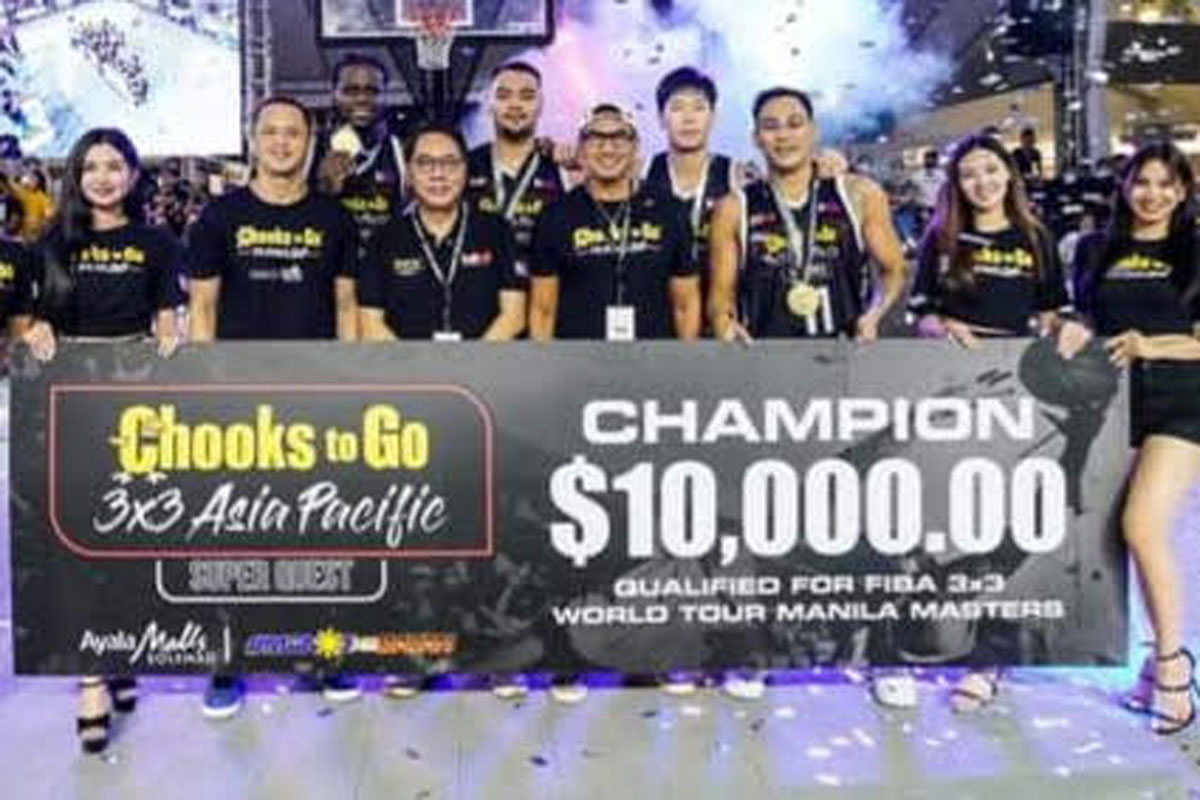 Mac Tallo and Mike Harry provided the 1-2 punch for the Filipinos as they combined for 15 points against the Mongolian side in this prestigious one-day competition.

Zach Huang added two points for Cebu Chooks, which made history by becomjng the first Philippine team to win a gold medal in the FIBA 3×3 Pro Circuit, or since the all-pro Manila West defeated Doha to conquer the World Tour Manila Masters way back in 2014.

Both the Filipinos and the Mongolians are both headed to the 2022 Chooks-to-Go FIBA 3×3 World Tour Manila Masters on May 28-29 at SM Megamall.

“The team deserved this win after everything they went through for the past two years,” said Ayo. “But there is still more games to be won. This is just the start for the team.”

Despite the setback, Sansar pocketed the runner-up prize of USD 5,000.

Cebu Chooks led by three points, 8-5 following Huang two-point shot with 6:48 remaining before Onolbaatar tied the score at 9-9 with 5:38 left.

Harry and Ariunbold traded baskets to keep the game close at 10-10 with 4:48 remaining.

Sansar wrested the lead at 14-13 on a basket by Onolbaatar before.Tallo came through witg a clutch basket for 15-14 advantage going into the final two minute.

And after Harry and Onolbaatar scored a basket, Tallo made it 17-15 with 1:14 remaining.

Sansar, however, failed to tie the score as time expired

In the accompanying event, Aldous Torculas defeated David Carlos by a point to become the Sudan Daniel Slam Dunk champion.

The high-flying.player from the University of the Philippines took home P20,000.

Letran one win away
December 6, 2022 Theodore P. Jurado
SHOW ALL