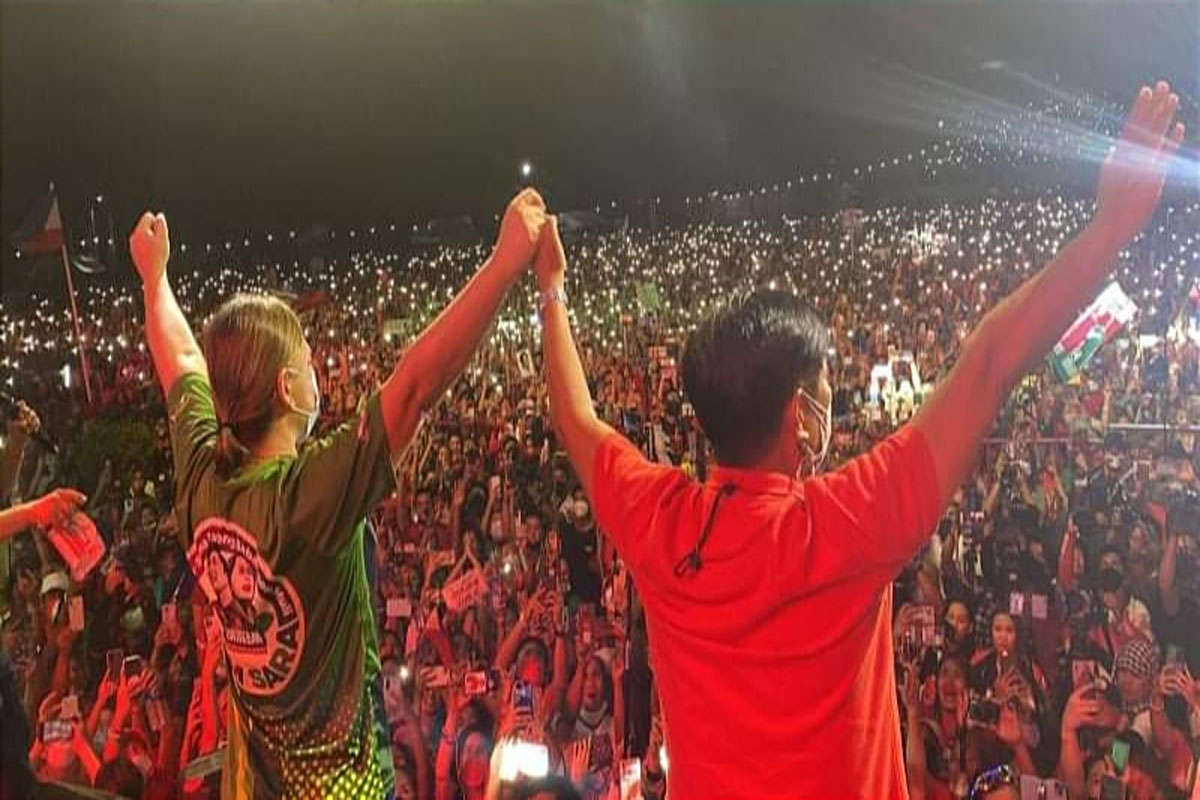 Speaking before a huge crowd, Duterte expressed gratitude for the warm welcome of Caviteños.

In her 14-minute speech, Duterte shared her vision of bringing back the lost jobs due to the pandemic, promoting peace, and unity among all Filipinos — the UniTeam’s campaign battle cry.

Marcos also thanked the Caviteños for their show of support during the UniTeam’s third visit in the province.

Unity, Marcos said, is key for a better and more progressive change for the country.

The political family of the Remullas formally endorsed the UniTeam ticket and vowed their all-out support, saying Cavite is a “Marcos country.”

Meanwhile, Cavite Governor Jonvic Remulla said more than 100,000 supporters have joined the grand rally in the province, sealing the victory of the UniTeam tandem of Marcos and Duterte.

Cavite is the second most vote-rich province in the country with at least 2.3 million registered voters.

The number of supporters that gathered her, organizers said, probably eclipsed the attendance during a similar rally in the area that was held by the camp of another presidential candidate more than two weeks ago.

The thick crowd that filled the sports park clapped and cheered as Duterte and Marcos, accompanied by the UniTeam’s senatorial lineup, delivered speeches that were anchored on fostering unity, economic recovery, and infrastructure development.

Tuesday’s rally–organized and hosted by the province’s officials led by Remulla – was the largest by far.

Mayor Sara expressed gratitude to the people of Cavite and the local officials who have organized the grand rally.

Remulla, in an earlier in Tagaytay City in the assembly of community leaders, said Cavite owes a lot to the Marcoses in terms of expansion and progress.

Remulla promised to deliver at least 800,000 for the UniTeam in the May 9 elections.