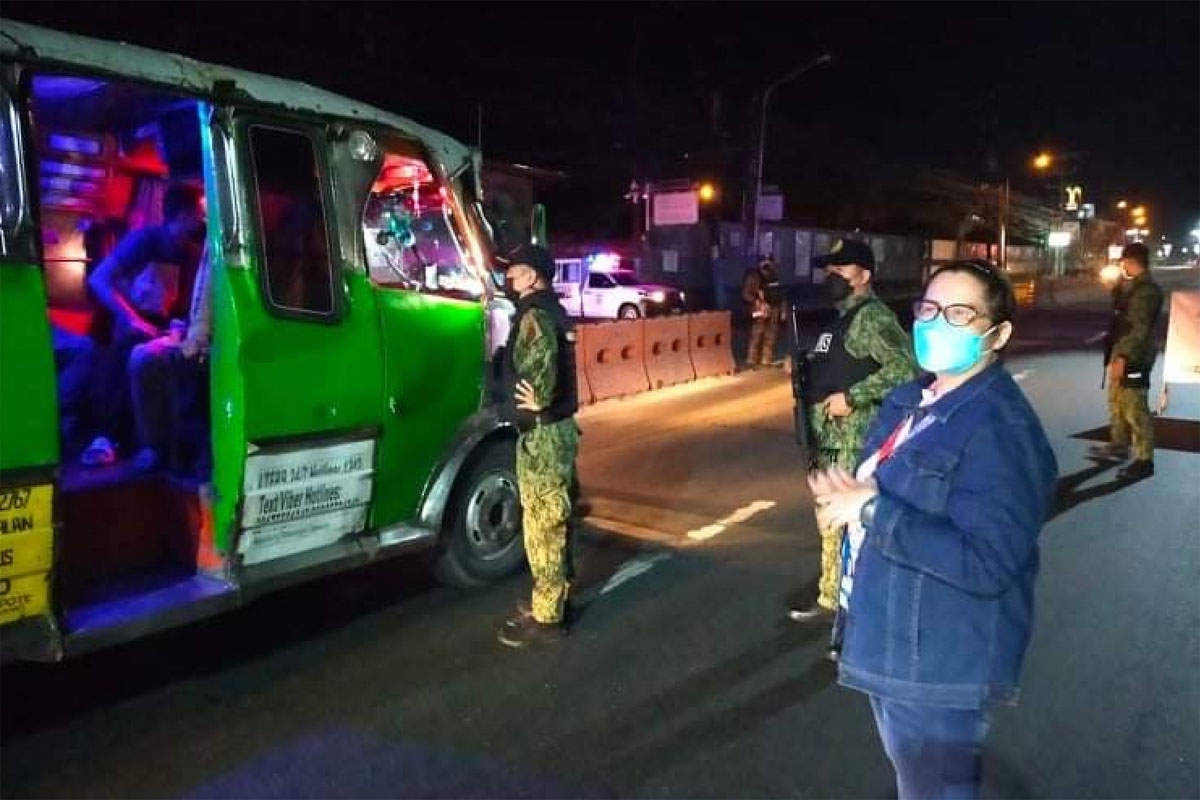 Castro explained to the police officers the guidelines on the checkpoints that will be implemented for the May 2022 national and local elections.

Castro said according to resolution 10741 promulgated on Dec. 16, Comelec will be deploying checkpoints to effectively implement the firearms ban during the election period from January 9 to June 9, 2022

Under the resolution, the provincial Comelec officer said there shall be at least one Comelec checkpoint in each of the seven cities and 16 municipalities of Cavite.

Election Officers (EOs) will be posting the locations of the Comelec checkpoints at the Office of the Election Officer (OEO), and the respective offices of the PNP and AFP.

Comelec checkpoints must led by a regular member of the PNP and AFP with a rank of at least Lieutenant or Police Lt. and in the absence of these ranks, the highest ranking officer shall make a special designation of a lower ranking officer or non-commissioned officer to act as a commanding officer or team leader of the checkpoint.

An adequate number according to the Comelec, of AFP and PNP personnel shall man the checkpoints and must be in complete service uniform with the name plates and other identification tags clearly visible and readable, and shall not be under the influence of alcohol or illegal drugs.

Comelec also reminded that the checkpoints must be well-lighted, properly identified and manned with uniformed personnel.

It must be well-lighted so as to allow those who will pass through it to easily identify the AFP/PNP uniformed personnel manning the checkpoints with their nameplates and other identification tags clearly visible and readable,” Comelec said.

“Upon approach to any Comelec checkpoint, the team manning it must require the motorists to slow down, as well as courteously request to dim the vehicle headlights and turn on cabin lights. In a checkpoint inquiry, the occupants cannot be compelled to step out of the vehicle,” it added.

Comelec said that “only visual search is required” and that the search which is normally permissible is limited to visual search where the officer simply looks into the vehicle and flashes a light without opening the car doors.

With regard to searches at a Comelec checkpoint, the poll body said that searches at any Comelec checkpoint must be made only by members of the unit designated to man the same. It should be done in a manner which will impose “minimum inconvenience” upon the persons searched that will not violate civil, political and human rights.

The launching was also held in 7 cities and 16 towns simultaneously in Bacoor, with each election officers and police chiefs at their respective strategic locations was focused on the enhance managing police operations in preparation for the safe and orderly conduct of the forthcoming 2022 National and Local Elections (NLE) and for the strict implementation of basic protocols and guidelines on Covid-19 under Alert Level 3.

PEO Castro and PD Abad simultaneously visited each town and city in connection with the ongoing Comelec checkpoint and gun ban after a short program in Bacoor.