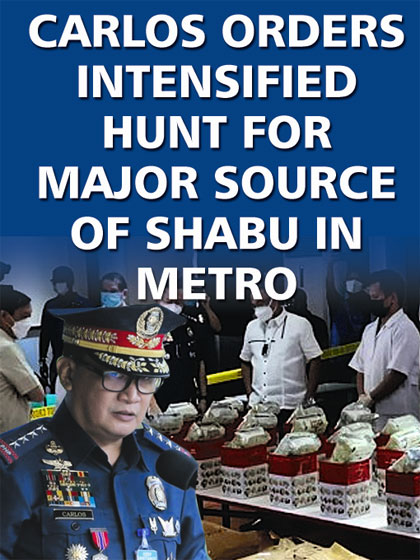 PHILIPPINE National Police (PNP) chief, General Dionardo B. Carlos has ordered the PNP Drug Enforcement Group (PNP-DEG) to intensify their hunt for the main source of the huge volume of shabu confiscated from three ‘high-value targets (HVTs)’ in separate anti-narcotics operations in Metro Manila this week, the Journal Group was told yesterday.

The PNP-DEG headed by Brigadier Gen. Remus B. Medina has partnered with the National Capital Region Police Office (NCRPO) under Major Gen. Vicente D. Danao Jr. and the Philippine Drug Enforcement Agency (PDEA) chaired by Director General Wilkins M. Villanueva in pursuing their targets, all believed to be big-time foreign drug smugglers operating in the country.

The PNP-DEG and the NCRPO since the year started have accounted for multimillion-peso kilos of the so-called ‘poor man’s cocaine’ and a number of ‘HVTs’ believed to be acting as distributors of the syndicates operating in Metro Manila and parts of Central Luzon and Calabarzon regions.

This week alone, two separate PNP-DEG buy-busts in the metropolis resulted in the seizure of more than P44 million worth of shabu and the arrest of three top drug targets.

The drugs recovered were concealed in Chinese tea bags.

Last Wednesday, two of the suspects were arrested after they conspired to sell six kilograms of shabu worth P40.8 million to an undercover officer in Makati City.

Brig. Gen. Medina said that arrested during the 7:30 p.m. Wednesday sting on 3628 B. Hilario Street in Barangay Palanan, Makati City were Bryan Salceda, 26, resident of Concepcion Street in Pasay City and Jerome Gaje,27, of Estrella St., also in Pasay.

Confiscated from the possession of the duo were six green plastic bags with Chinese tea markings and 10 bundles of boodle money topped by two marked P1,000 bills and a mobile phone they used in transacting with the undercover agent.

Brig. Gen. Medina said members of the PNP-DEG Special Operations Unit 1, National Capital Region and the Intelligence and Foreign Liaison Division conducted the entrapment operation with the support of the PDEA, the Bureau of Customs and the Makati City Police Station.

The arrested suspects are being investigated at the PNP-DEG headquarters in Camp Crame. They will be facing non-bailable charges for sale and possession of prohibited drugs under Republic Act 9165 or the Comprehensive Dangerous Drugs Act of 2002.

“Our policemen on the ground will never be complacent in our fight against illegal drugs in the country, thus expect massive operations to be conducted by our drug operatives making our country a drug-free Philippines,” said Brig. Gen. Medina.

The arrest of the two came barely 48 hours after PNP-DEG operatives also arrested 25-year-old Janesa Cabardo Canoy alias ‘Jane’ after she sold two kilos of shabu worth P13.6 million to a poseur in Caloocan City.

Brig. Gen. Medina said the Makati and Caloocan City stings brought to around P154 million the value of prohibited drugs they have confiscated from arrested ‘high-value targets’ since the year started.

Members of the PNP-DEG were assisted by operatives from the PDEA under Director General Wilkins M. Villanueva and the Caloocan City Police Sub-Station 12 in conducting the operation.

Confiscated from the possession of the suspect were around two kilos of the so-called ‘poor man’s cocaine’ valued at P13.6 million, the boodle money topped by two marked P1,000 bills and a cellphone she used in making the illegal drug transaction with an agent.

Brig. Gen. Medina said they have arrested over 50 known drug personalities this month following a series of anti-narcotics and manhunt operations which have resulted in the seizure of at least P100 million worth of shabu and marijuana plants.

The official said that three of the suspects were arrested in separate buy-busts in Metro Manila and in Bukidnon province last Thursday.

He said that 36 others were arrested from January 16-23 as a result of 34 anti-narcotics operations which led to the confiscation of some P99,735,006.44 million worth of shabu and fully-grown marijuana plants and seedlings.

“We will never let our guards down as we commit to sustain our relentless efforts and stand by the fulfilment to make the community safety and free from illegal drugs,” said the PNP-DEG director from PNP Academy Class 1993.

An expected ‘alliance’ that would doom Robredo 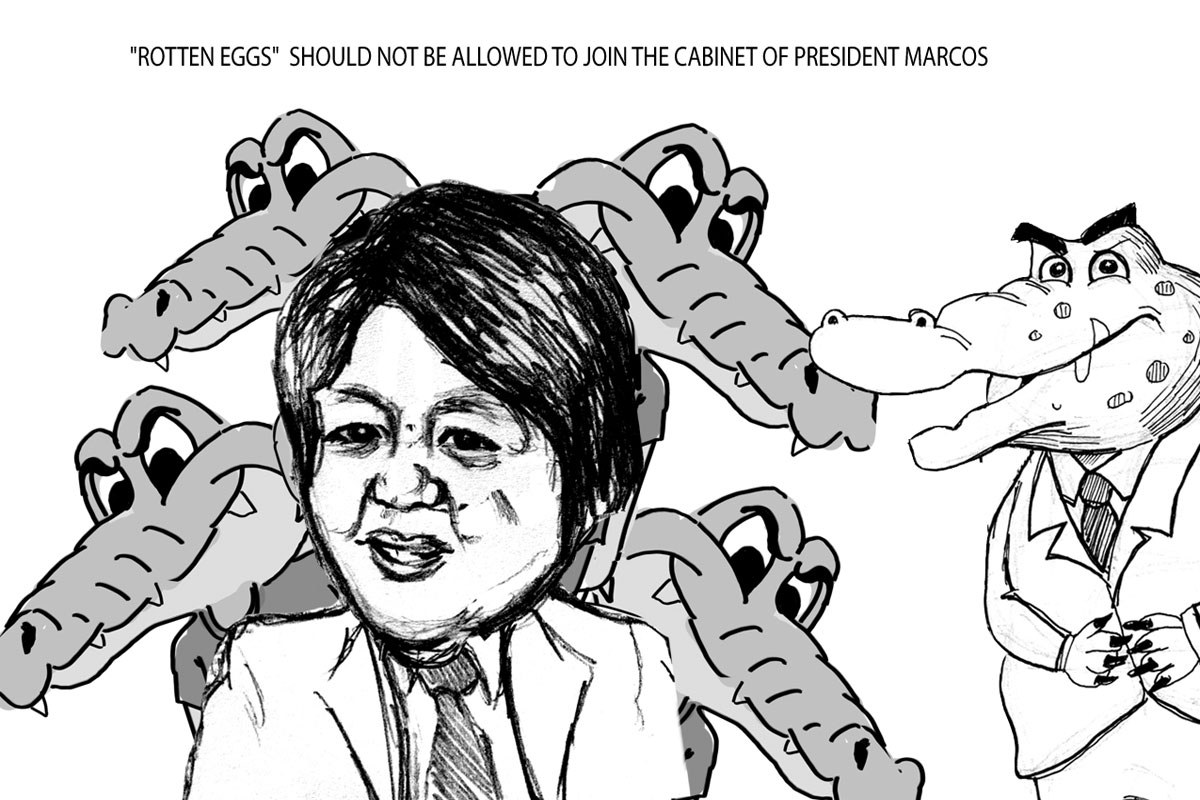