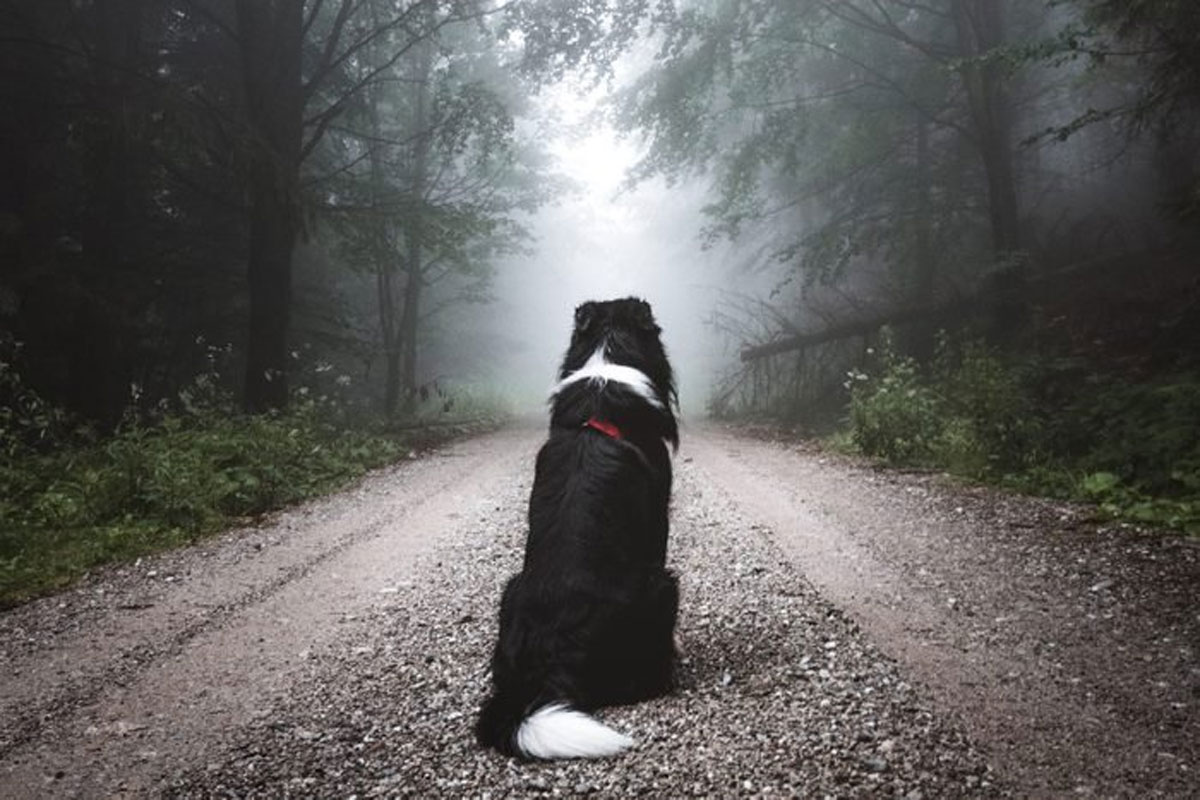 As every pet owner knows, the spectrum of dog behavior can run the gamut from charming (you know you love that doggy head tilt) to slightly spooky (you know you’ve asked yourself, Why does my dog stare at me?). Dogs are extraordinary beings, in part because humans have been breeding them that way for the past 20,000 to 40,000 years. We’ve also studied their senses, answering questions like, “can dogs see in the dark?” and “can dogs see color?” Dogs can sense impending bad weather, and they know when you’re about to come home. But can dogs see ghosts?

Lots of people, including psychic crime solver Kristy Robinett, believe they can. Robinett shared a tale with Reader’s Digest that may make even nonbelievers believe. (More on that below). We also posed the question to a number of dog experts, including doctoral-level dog behaviorists and veterinarians. Here’s what we learned.

Do you believe in ghosts and spirits?

When trauma therapist and spiritual expert Audrey Hope sees her dog behaving as if he’s seen a ghost, she believes that he has. But underlying that is Hope’s own belief in the paranormal. Before you get to the question of whether dogs can see ghosts, you first have to address whether you believe ghosts even exist.

“There is plenty of documentation that could support the notion that dogs can sense paranormal activity,” says Jesus Aramendi, DVM, a senior veterinarian for Chewy. But it’s only meaningful to the extent that you believe paranormal activity exists and is capable of being sensed by the living. After all, there aren’t any scientific studies that prove the existence of the paranormal, such as spirits, demons, or ghosts. And there certainly aren’t any studies that prove dogs can (or can’t) see spirits, demons, or ghosts.

That said, while science loves to debunk ghost stories, a good 45 percent of Americans believe in ghosts. In other words, for slightly under half of all Americans, the question “can dogs see ghosts?” isn’t about whether ghosts exist but rather, whether dogs are capable of seeing them. Keeping dogs’ superpowers in mind, anything is possible. 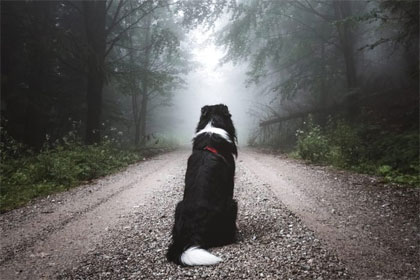 Dogs can see things that we can’t

The doggy version of ESP

“Dogs are naturally equipped with one of the best senses of smell in the animal kingdom,” Dr. Aramendi tells Reader’s Digest. “A dog’s sense of smell can be 10,000 to 100,000 times more sensitive than a human’s.”

In that sense, dogs have ESP—as in extra smell perception. And if you believe in ghosts, then Dr. Aramendi doesn’t think it’s a stretch to imagine that dogs would be able to perceive them via scent. After all, there are many things dogs can smell that humans can’t.

But if it appears a dog is “smelling” a ghost, there is likely a logical scientific explanation for it. “After my husband passed, our dog would often sit in my husband’s favorite chair as if he could sense my husband’s presence,” Villarreal recalls. “And it’s likely he could—just not necessarily in a paranormal way but rather in the sense that my husband’s scent still lingered on the chair’s fabric.”

When your dog’s hair stands on end

“Next time your dog’s hair seems to stand on end for no reason, take a look around and see if you can perceive the cause,” suggests Villarreal. Scientists have been investigating how dogs sense the world around them through their skin (and by extension, the movements of their hair), and it’s well known that dogs can detect movement as well as temperature changes in ways humans cannot.

Another amazing dog fact is that dogs can hear twice as many frequencies as humans. According to Dr. Aramendi, they can pick up sounds that are four times farther away than humans would be able to detect. So, if ghosts exist, dogs could very well have such a powerful sense of hearing that they could recognize them by sound.

If you believe, then your dog does too

Over the course of thousands of years, dogs have become not only astute observers of human behavior but also skilled impressionists, according to veterinarian Matthew McCarthy, DVM. If you believe in ghosts and sense that something paranormal is afoot, your dog might sense your energy and pick up on the fact that you’re feeling something.

If ghosts are real, your dog can probably sense them

There’s overwhelming evidence that dogs can hear, see, and smell things that we cannot. So the next time you see your pup acting oddly, it could be that it has, in fact, seen a ghost. (Want a clue as to how it’s feeling? Translate what its tail is trying to tell you.)

Robinett, the psychic crime-solver, relayed the tale of a widow whose dog, Elmer, seemed to be in contact with her deceased husband. In the days following the funeral, Elmer would sleep on her late husband’s side of the bed, laying his head on the pillow in an almost human way. As time went on, Elmer took to running to the front door in the evenings and playfully greeting an unseen visitor. To the widow, it was as if her deceased husband were returning home. According to Robinett, that is precisely what it may have been.

Will your bond with your dog last into the afterlife? Learn these signs your dog trusts you.