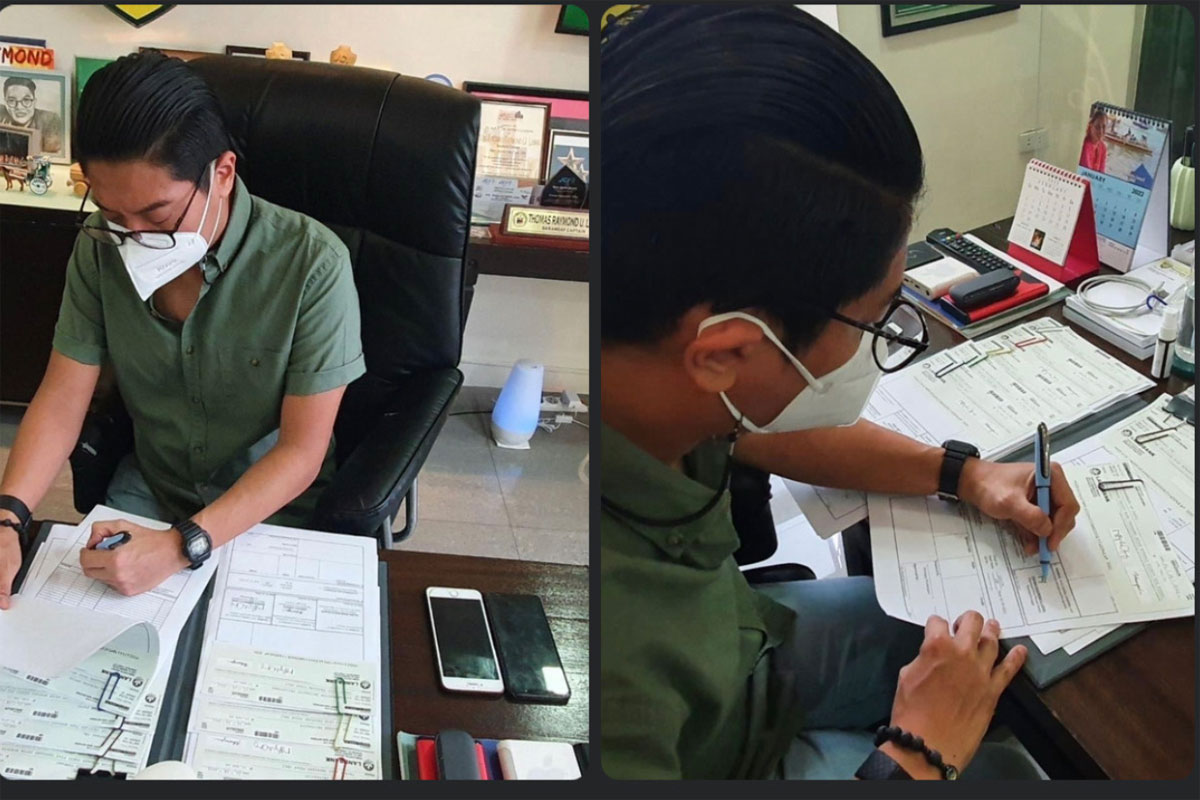 BSA Chairman Raymond Lising on Friday, January 21, signs checks for the college scholars of their barangay, amounting to around P500,000. (BSA PHOTOS)
Metro,

THE COVID-19 pandemic did not hamper Barangay San Antonio (BSA), Pasig students to pursue their college education, as BSA has continued to grant college scholarships for the last batch of their scholars this upcoming semester.

This was after BSA Chairman Raymond Lising signed almost half a million worth of checks for the last batch of their scholars.

Chairman Lising said that their barangay currently has a total of 110 scholars who are enrolled at various colleges and universities.

The barangay chairman said the maximum amount of check per student is P25,000 for this semester.

According to Chairman Lising, they pushed for the continuation of BSA’s scholarship program, saying that such is their lasting “legacy” for their community.

He added that the BSA scholarship program prioritizes indigent students or students whose families lack stable income, especially now that many are struggling due to the ongoing pandemic.

Lising said that by continuing the scholarship program of their barangay, they are helping struggling parents to send their children to college during the pandemic.

Aside from shouldering their tuition and other fees, Lising said the scholars of BSA also receive P1,500 monthly allowance each, which is being disbursed digitally. BSA is the first barangay in the Pasig to give ATM cards to scholars as it seeks to be more innovative by utilizing technology amid the pandemic.

Lising said the main requirements for students to become scholars in Barangay San Antonio, Pasig is that they are “bona fide and permanent residents” of the barangay, and for them to present proof of financial capacity such as ITR or income tax return.

Over P5M Ecstasy seized by PDEA