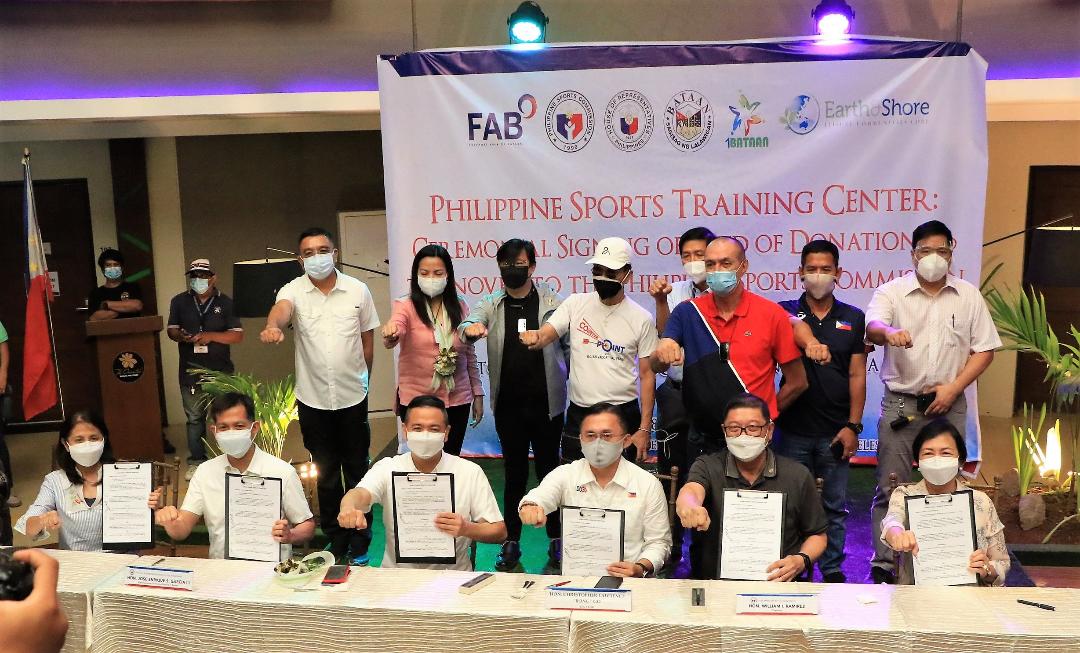 On vast land in the outskirts of the municipality of Bagac in Bataan, 230,000 square meters to be exact, will rise the Philippine Sports Training Center soon.

On a hot, sunny Tuesday, Philippine Sports Commission (PSC) chairman William “Butch” Ramirez formally received the deed of donation from Bataan Provincial Governor Albert Raymond “Abet” Garcia for the land on which the training center will be constructed.

“I am so happy and excited on this newly forged partnership with the Provincial Government of Bataan. This will give our national athletes a new home as they continue to bring pride and honor to our country,” said Ramirez during the ceremonial signing and turnover rites.

The sports agency chief, who was also celebrating his 71st birthday that day, added that the forged partnership “was one of the best birthday gifts” he has received.

The provincial government donated six lots to the PSC with a land area of 250,000 square meters situated in the town of Bagac. One provision of the deed of donation states that the infrastructure shall be constructed and completed by December 31, 2025, subject to extension upon agreement by the parties.

Ramirez shared that after many months of weighing options and offers, the PSC accepted the offer of Battan given the strategic location of the venue and its significance if the country’s history where the heroic “laying down of lives” for flag and country of simple citizens mirror the sacrifice that athletes go through in their journey towards their goals.

Republic Act 11214, the law which created PSTC seeks “to promote and develop sports in the country, to achieve excellence in international sports competitions, to ensure success in the country’s quest to achieve competitiveness in the Olympic Games and to promote international amity among nations,” was signed by President Duterte last February 2019.

The amount of P3.5 billion is appropriated by the law for the construction of infrastructure and shall be included in the annual General Appropriations Act. The said amount is necessary to carry out other provisions of the Act, particularly for the maintenance, operation, and management of the PSTC.

The state-of-the-art sports hub will feature numerous facilities for administrative, sports science, medical and dormitories for athletes and coaches; with sports amenities for 39 Olympic and non-Olympic sports.