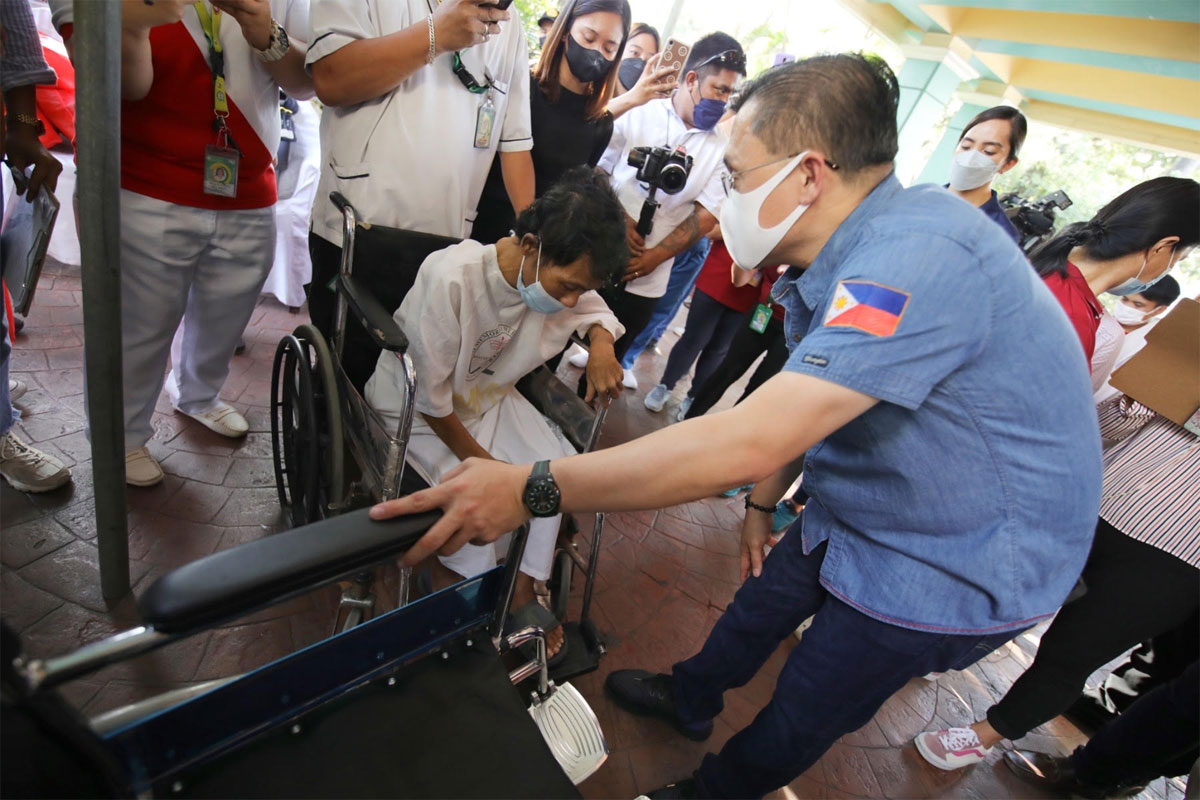 ON Tuesday, March 22, the Office of Senator Christopher “Bong” Go organized a relief activity in Novaliches, Quezon City for residents struggling amid the COVID-19 pandemic to provide support and hear their concerns during these uncertain times.

In a video message, Go acknowledged that many Filipinos are currently out of work or worried about their livelihood. He assured that the government will continue to prioritize workers and their families as it addresses the challenges brought by the ongoing health crisis.

The senator’s team provided meals and masks to 666 residents at the Zabarte Subdivision Covered Court in Barangay Kaligayahan. They gave select individuals new pairs of shoes or bicycles for transportation and provided others with computer tablets to address their children’s learning needs.

In addition, personnel from the Department of Social Welfare and Development handed out financial aid as part of the government’s ongoing efforts to assist individuals in crisis situations.

Go then reminded everyone to remain vigilant in their daily lives. He urged those eligible to get vaccinated against COVID-19 so they can avoid getting seriously ill and, by extension, help ease the strain on the healthcare system. He likewise encouraged everyone to continue observing the minimum public health requirements.

As Chair of the Senate Committee on Health, he also offered to help those with health concerns and advised them to avail of medical aid from the government at their nearest Malasakit Center.

The center is a one-stop shop which caters to patients seeking assistance from the DSWD, Department of Health, Philippine Health Insurance Corporation, and Philippine Charity Sweepstakes Office.

There are currently 151 Malasakit Centers nationwide, 11 of which are located in Quezon City. The program was institutionalized under Republic Act No. 114631, which Go primarily authored and sponsored in the Senate.

As Vice Chair of the Senate Committee on Finance, the lawmaker has likewise supported various projects in Quezon City, such as the construction of an advanced Cardiac Catheterization Laboratory and Vertical Expansion of New ER Building in EAMC, the rehabilitation of road networks of Ninoy Aquino Parks and Wildlife Center and Veterans Memorial Medical Center, and the construction of several multipurpose buildings.

The previous day, March 21, the senator personally conducted a monitoring visit at the EAMC where he witnessed the turnover of PhP635 million in financial assistance for various hospitals and extended additional aid to 2,891 health workers and 945 indigent patients.