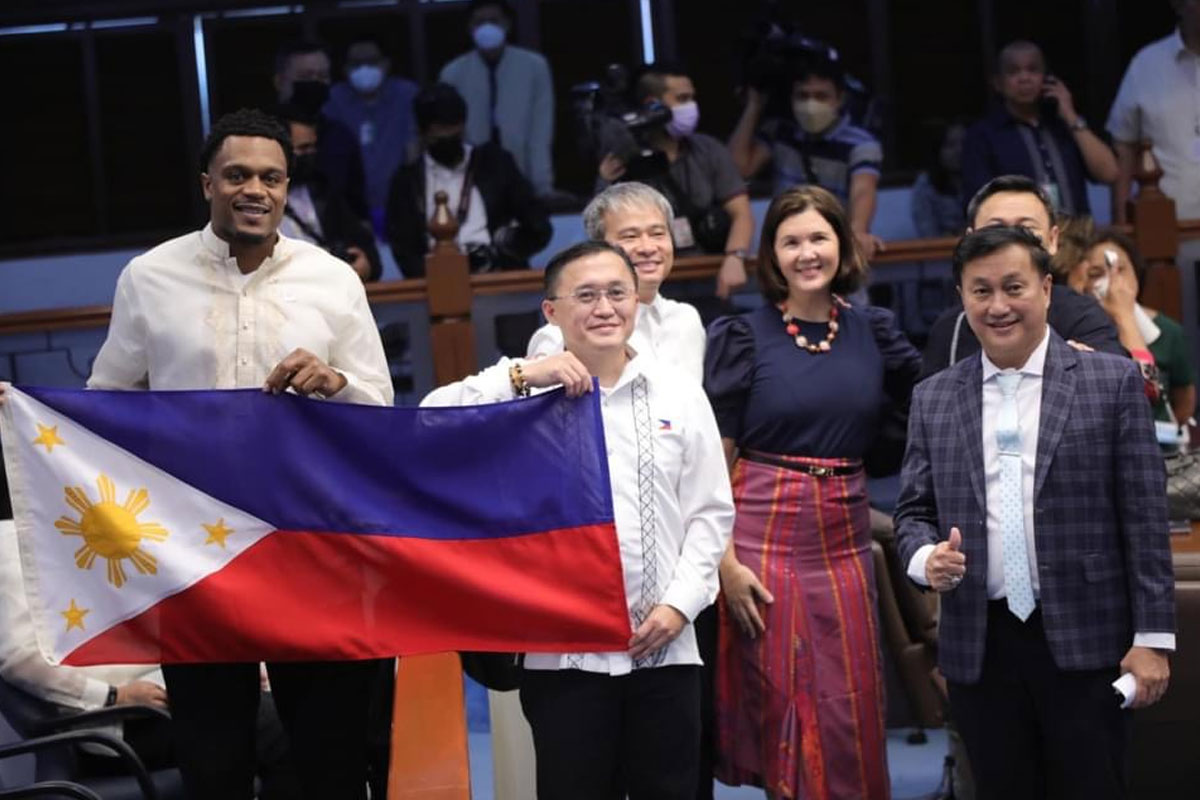 SENATOR and Chair of the Senate Committee on Sports Christopher “Bong” Go urged Justin Brownlee to cherish being a Filipino as the Senate on Monday, December 12, approved on third and final reading the measure granting his Philippine citizenship.

The senators voted 21-0 in favor of House Bill No. 6224, with no votes against and no abstentions. It will be sent to Malacañang for President Ferdinand Marcos Jr. to sign into law.

In his speech, Go also thanked Senator Francis Tolentino, who was the measure’s sponsor, as well as all of the bill’s authors for making the legislation a priority.

With Brownlee on the Filipino side, Go said that he can bolster the country’s chances in various international competitions including the upcoming FIBA World Cup in 2023.

Brownlee came to the Philippines in 2016. He initially joined the Philippine Basketball Association competitions as a replacement import. He then showcased his talents which helped Barangay Ginebra claim its first PBA championship in eight years. Since then, he has assisted and led his team to achieve five PBA championships in 2016, 2017, 2018, 2019 and 2021.