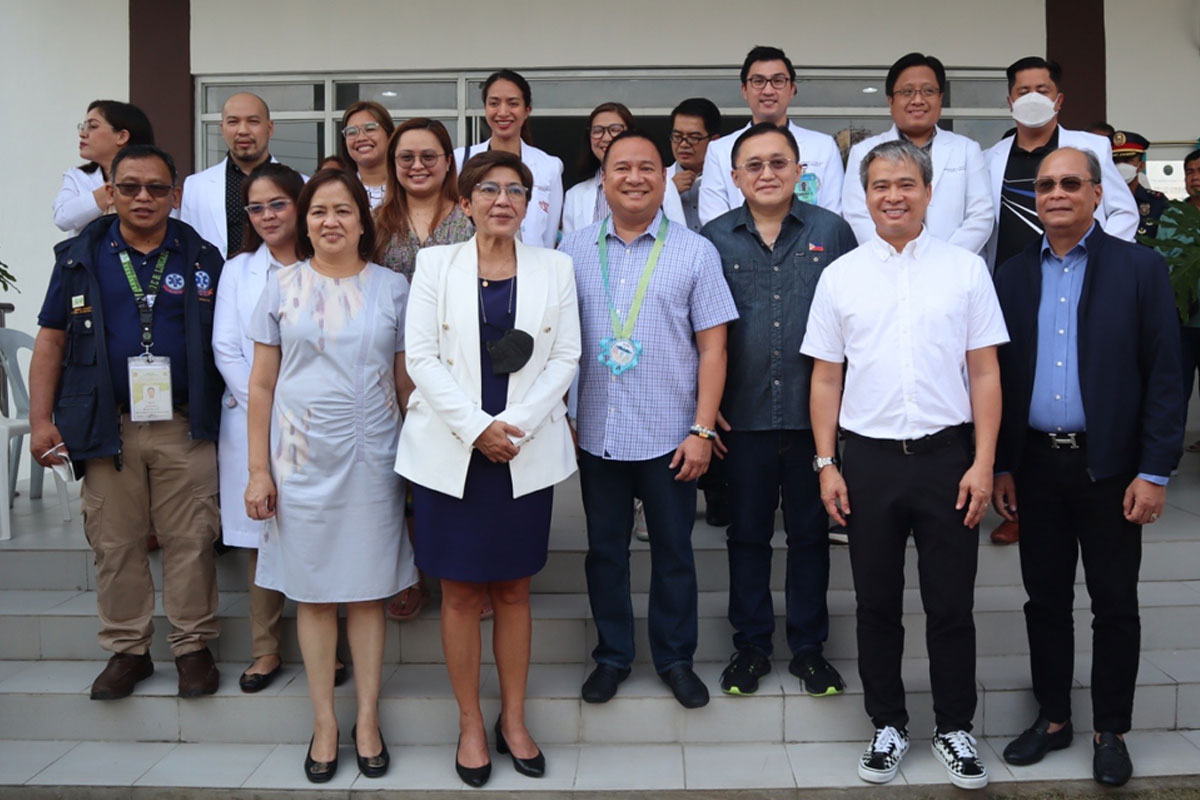 IN line with the government’s continuing efforts to address the needs of indigent patients and improve access to public health facilities in various parts of the country, Senator Christopher “Bong” Go joined Senate Majority Floor Leader Joel Villanueva as they personally attended the inauguration of Joni Villanueva General Hospital (JVGH) in Bocaue, Bulacan on Monday, December 12.

The said hospital was established after Republic Act No. 11720 was signed by former president Rodrigo Duterte last Congress. The measure was principally sponsored by Go in the Senate being the Chair of the Committee on Health and Demography. Through this law, the JVGH will be a Level-2 hospital that will be administered and managed by the Department of Health.

In his remarks, Go expressed his gratitude and commended the local government, headed by Mayor Jonjon Villanueva and Vice Mayor Sherwin Tugna, for extending their utmost support and commitment to establish the health facility. Go also paid tribute to the late mayor Joni Villanueva who passed away last May 2020, after whom the health facility was named.

The senator also commended all medical frontliners who have been dedicated in making certain that their constituents are safe, especially at this time of the global health crisis.

He likewise cited that it is for this reason that he and Villanueva, the Senate Majority Floor Leader, continue to push for the construction of similar hospitals and health facilities so that the country can be more prepared for other health crises in the future.

Meanwhile, Go expressed his confidence that JVGH will significantly contribute to the improvement of the country’s health care system especially in the greater Metro Manila areas.

On the other hand, Villanueva lauded Go for his commitment to ensure that those in need of health care get the service and assistance that they need.

Continuing his remarks, Go likewise mentioned that there will soon be a Malasakit Center inside JVGH that will serve as a one-stop shop for the medical assistance programs available from concerned agencies.

The Malasakit Centers program is a brainchild of Go that aims to provide poor and indigent patients convenient access to medical assistance programs by DOH, the Department of Welfare and Development, the Philippine Health Insurance Corporation, and the Philippine Charity Sweepstake Office. The program has now established 153 centers and benefitted millions of poor and indigent Filipinos nationwide since it was initiated in 2018.

In the province, there are currently two Malasakit Centers that are located in Bulacan Medical Center in Malolos City and Rogaciano M. Mercado Memorial Hospital in Sta. Maria.

In addition, Go also said that there will also be Super Health Centers that will be strategically located in the cities of San Jose Del Monte and Meycauayan; and towns of Bulakan, San Miguel, and Guiguinto, Balagtas, and Pandi, which he personally witnessed its groundbreaking later that day.

Apart from witnessing the groundbreaking of the Super Health Center in Pandi, Go also spearheaded a relief operation for 211 struggling Bulakeños.