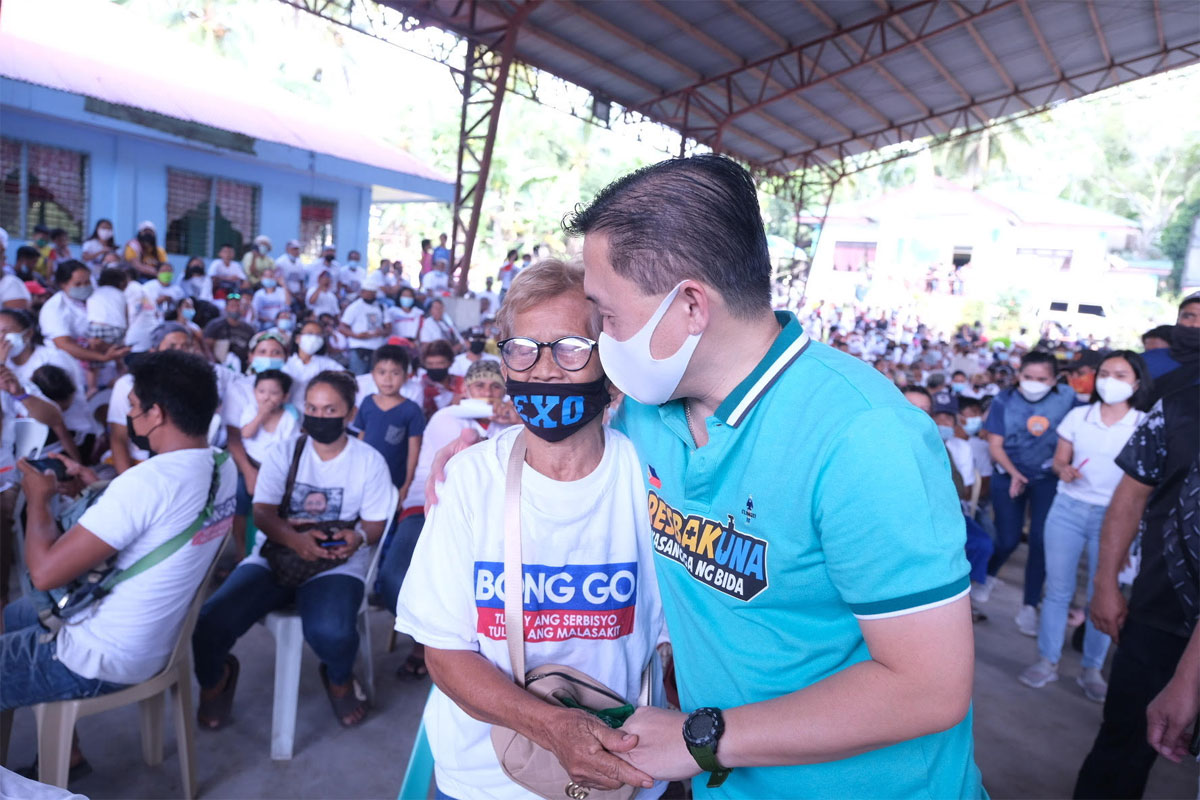 THE Office of Senator Christopher “Bong” Go conducted two separate relief activities for 665 disadvantaged residents at Barangay 424 Covered Court in Manila City and at an open space in Brgy. San Jose in Navotas City on Tuesday, April 26. In his video message, he reiterated the importance of looking after one’s health especially during the health crisis.

As an advocate for quality health care services, Senator Go principally authored and sponsored Republic Act No. 11463, otherwise known as the Malasakit Centers Act of 2019, that mandates the establishment of Malasakit Centers in all hospitals managed and administered by the Department of Health, plus the Philippine General Hospital.

He then encouraged those with health concerns to visit any of the 31 hospitals in Metro Manila where there are Malasakit Centers available, including Dr. Jose Fabella Memorial Hospital, Jose R. Reyes Memorial Medical Center, Philippine General Hospital, San Lazaro Hospital and Tondo Medical Center, all in Manila City, and Navotas City Hospital.

Likewise, hospitals run by local government units and other public hospitals may also establish Malasakit Centers provided that they meet a standard set of criteria and guarantee its sustainability for the operation of their centers, including its maintenance, personnel, and staff training, among others.

Currently, there are 151 established centers that have provided service to more than three million Filipinos.

Continuing his message, Go expressed his gratitude towards the representatives from the Department of Social Welfare and Development for the assistance they gave to the pandemic-affected residents that would significantly help sustain their daily needs.

Meanwhile, Go’s team gave away meals and snacks to each beneficiary. They also gave select individuals new pairs of shoes and phablets as well as bicycles to others that they may use for a more convenient commute.

Go also urged qualified residents to get inoculated in accordance with the vaccination guidelines. He further cited that the vaccines would not only boost their defenses but would also help the country return to normalcy as soon as possible.

As part of his commitment to boost the cities’ public services, Go, also Vice Chair of the Senate Committee on Finance, supported several initiatives in Manila City, such as the acquisition of several ambulance units, rescue patrol service, medical and educational supplies for the local government to utilize, the construction of a multipurpose building, and the installation of solar-powered street lighting in various barangays to name a few.

Go concluded his message as he expressed his gratitude towards the local officials of the cities for ensuring that their constituents are provided with necessary support to help them build back better from crises.