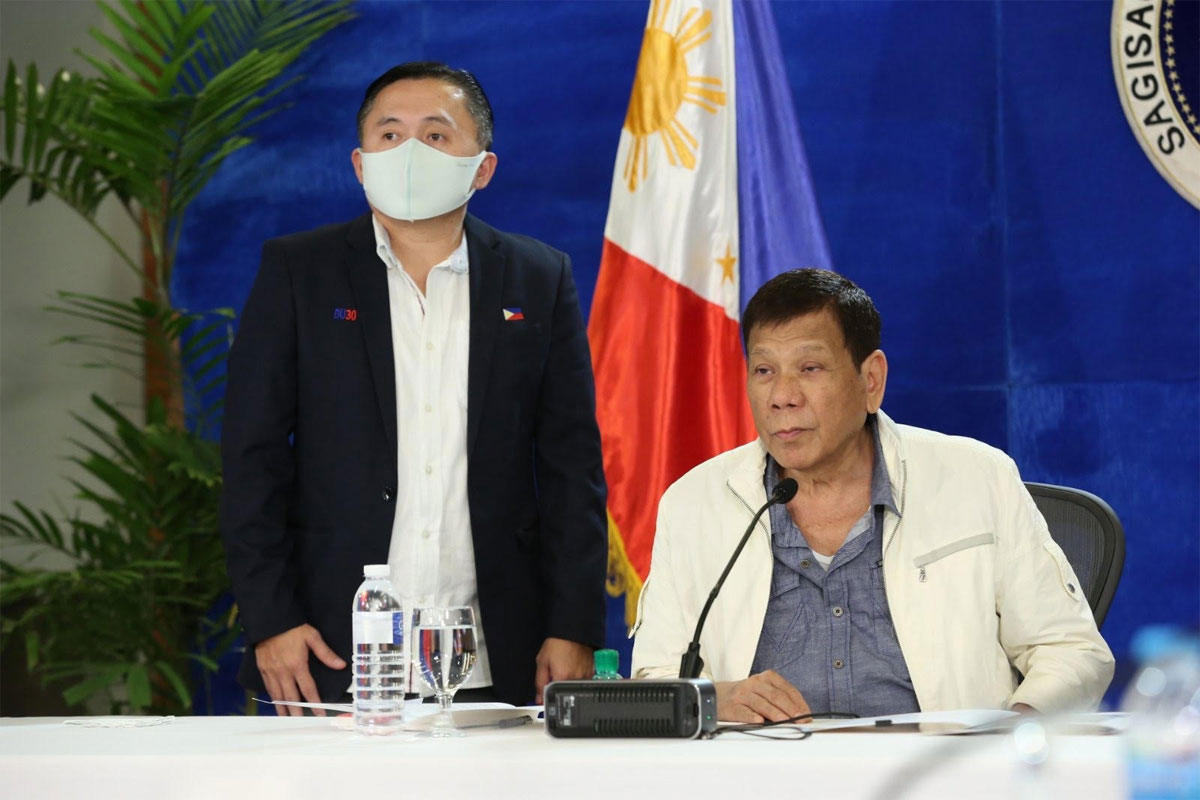 SENATOR Christopher “Bong” Go reminded community leaders in both the public and private sectors to enforce necessary health protocols in the work place to ensure the well-being of economic frontliners.

He emphasized that there should be a careful balance of economic and health interests as the country adapts to the ‘new normal’.

As Chair of the Senate Committee on Health, Go emphasized that while the economic sector reopens, the threat of COVID-19 still remains. Hence, the safety and well-being of workers must be prioritized.

Meanwhile, Go’s team mounted a relief operation for economic frontliners in Castillejos, Zambales from September 18 to 19. In a video message, Go urged all eligible workers to get vaccinated.

The Senator’s staff distributed meals, vitamins, masks, and face shields to a total of 3,006 market vendors and members of the Tricycle Operators and Drivers Association while observing the government-issued health and safety protocols.

Selected recipients were given new shoes while others were provided bicycles for their daily commute. Those with children studying at home under the blended learning set-up also received computer tablets.

In addition, representatives from the Department of Social Welfare and Development provided financial assistance as part of the government’s relief measures for individuals in crisis situations.

Go also encouraged those with health concerns to reach out to his office so he can help them get proper treatment. He advised them to visit the Malasakit Center at the President Ramon Magsaysay Memorial Hospital in Iba where they may conveniently avail of medical assistance from the government.

The Malasakit Center is a one-stop shop where patients can apply for medical assistance from the relevant agencies, namely the DSWD, Department of Health, Philippine Health Insurance Corporation, and Philippine Charity Sweepstakes Office. The program was institutionalized under the Malasakit Centers Act of 2019, which Go principally authored and sponsored.

As Vice Chair of the Senate Committee on Finance, Go has supported to several infrastructure initiatives to enhance the economic development of Zambales.

The initiatives include the imaprovement of the public markets in Cabangan and San Antonio; upgrading and concreting of local roads in Cabangan, Candaleria, Masinloc, San Felipe, San Marcelino and Olongapo City; construction of a multi-purpose building in Iba; acquisition of multicabs in Iba; and construction of a seawall in Masinloc.

From September 11 to 12, his team also conducted an activity for more than 3,000 of market vendors, displaced tourism workers and TODA members in Candelaria.