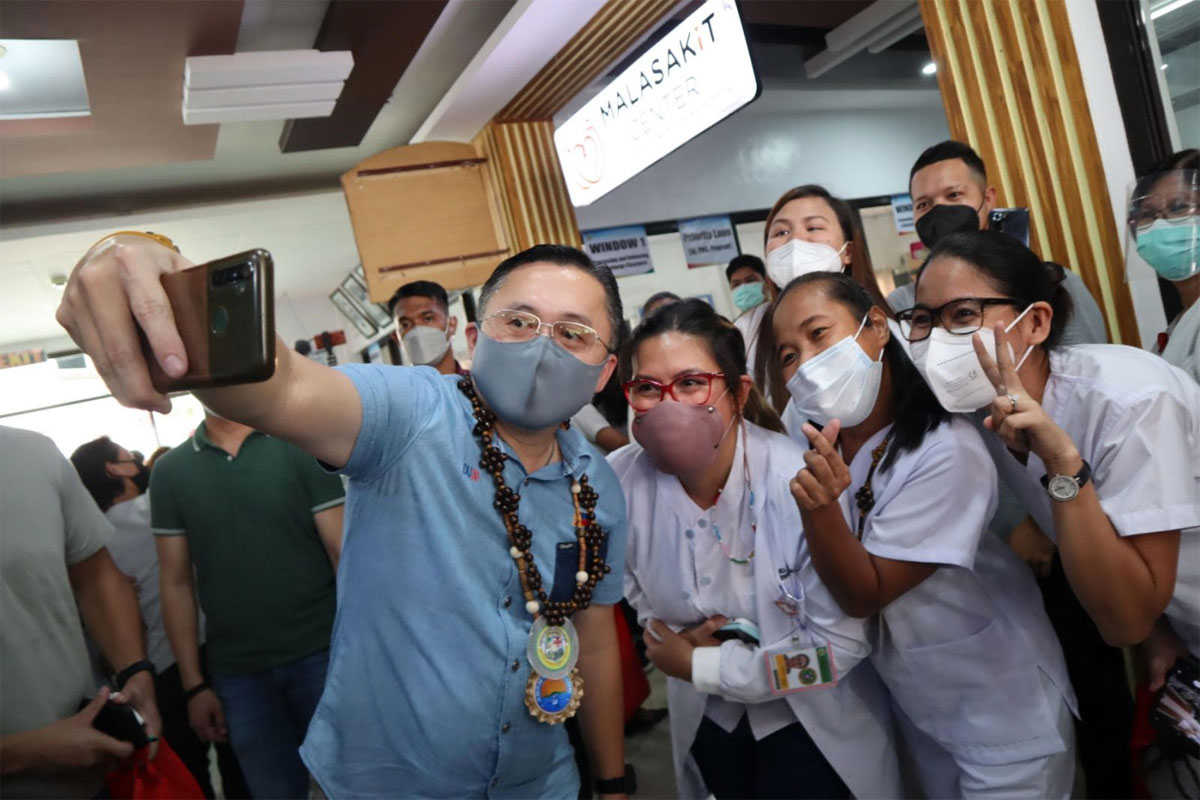 SENATOR Christopher “Bong” Go said he recently raised his concerns with the leadership of the Philippine Health Insurance Corporation and other relevant parties following reports that health care facilities are considering breaking ties with the state insurer over its failure to settle unpaid claims.

The senator, who currently heads the Senate Committee on Health, reminded PhilHealth to fast-track the processing of the unpaid claims while ensuring that no government funds are lost to corruption. He also urged all health care facilities to cooperate and be honest with their claims in order to prevent any further delays.

“I am again reminding PhilHealth to exert all efforts possible in accordance with our laws to expedite the processing of payments for legitimate claims. Mas bilisan, mas simplehan, at mas iklian ang proseso sa tulong ng teknolohiya at dagdag na tao kung kakailanganin,” he pleaded.

The state insurance agency is currently working with the National Bureau of Investigation to investigate alleged false insurance claims. It is also working with the Department of Information and Communications Technology and other government agencies, under the direction of President Rodrigo Duterte, to streamline its operations and clear up its backlogs.

Moreover, the agency introduced the debit-credit payment method last May, a mechanism which enables it to quickly settle its accounts to the HCFs. An estimated 60% of claims have now been paid under the DCPM while the rest are still being meticulously validated, according to Gierran.

Go reemphasized the need to settle the unpaid claims in timely manner, saying they might hamper the hospitals’ ability to provide key health services amid the ongoing pandemic. The funds, he noted, can be used to augment core public health services as well as a community’s ability to rapidly respond to emerging COVID-19 clusters.