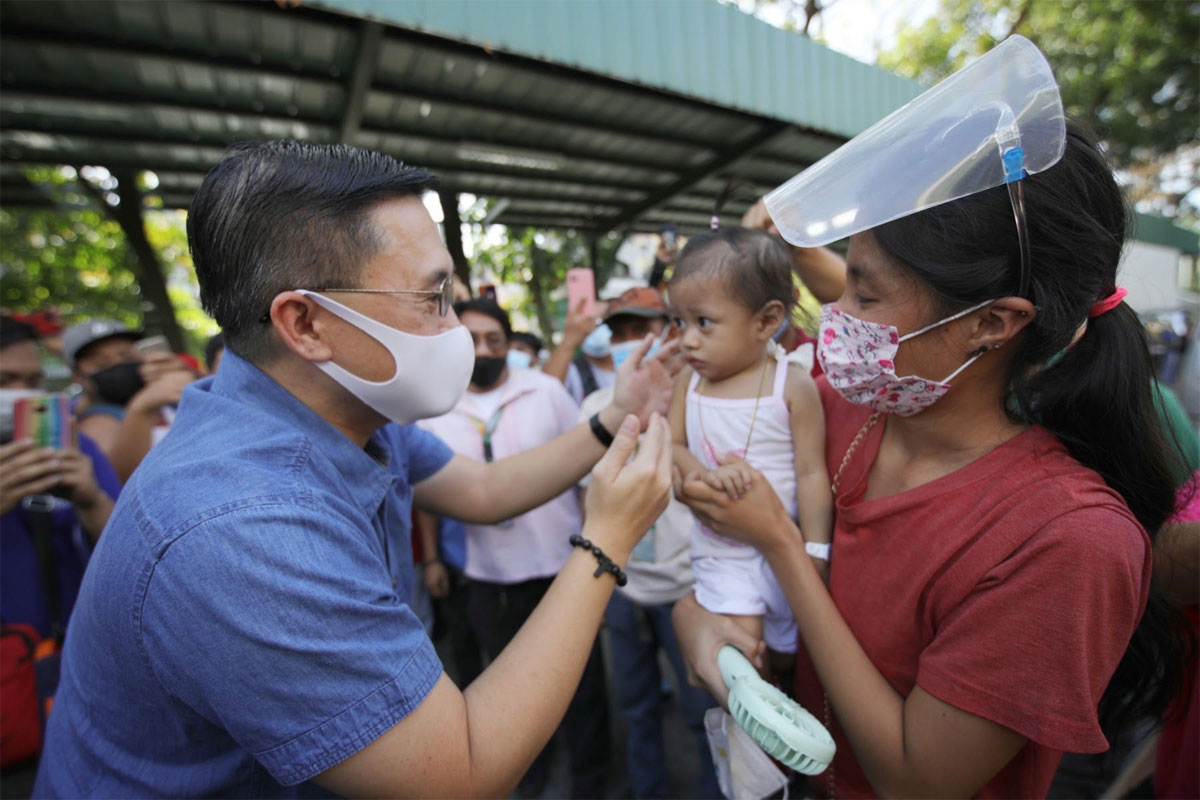 AS March signifies Fire Prevention Month, Senator Christopher “Bong” Go has once again underscored the need for the government to ramp up its fire prevention efforts as his outreach teams conducted simultaneous distribution activities in Quezon City on Tuesday, March 22, for families whose houses were damaged by recent fire incidents in Barangays Laging Handa and San Antonio.

Go is the principal author and co-sponsor of Republic Act No. 11589, otherwise known as the Bureau of Fire Protection Modernization Act of 2021. The law provides a ten-year modernization program for BFP, transforming the agency into a world-class facility by acquiring modern fire equipment, employing more fire personnel and firefighters, and developing specialized training programs, among others.

Go’s team handed out financial assistance, grocery packs, meals and masks to 19 affected families at the respective barangay halls of Laging Handa and San Antonio. Meanwhile, representatives from the Department of Social Welfare and Development also provided each family with financial aid through its Assistance to Individuals in Crisis Situation program.

Continuing his message, Go expressed his optimism that the country will soon return to normalcy as the government’s pandemic efforts are showing positive outcomes. He then took the opportunity to encourage those eligible to get vaccinated against COVID-19 to boost their defenses.

In line with his commitment to prioritize the well-being of Filipinos, Go, as Chair of the Senate Committee on Health and Demography, also assured the beneficiaries that medical assistance programs by the government are conveniently accessible through any of the 11 Malasakit Centers in the city.

The Malasakit Center is designed to assist poor and indigent Filipinos with their medical expenses. It is a one-stop shop where concerned agencies, such as the DSWD, Department of Health, Philippine Health Insurance Corporation, and Philippine Charity Sweepstakes Office, work together to reduce a patient’s fees to the lowest amount possible. Go is also the primary author and sponsor of the Malasakit Centers Act of 2019.

Ending his remarks, the senator commended all local authorities who continue to exert great efforts to ensure that their constituents are safe and supported during crisis situations.

To further boost the development of the city amid the pandemic, Go, who also serves as Vice Chair of the Senate Committee on Finance, has likewise supported the construction of an advanced Cardiac Catheterization Laboratory and Vertical Expansion of New ER Building in East Avenue Medical Center (EAMC), the rehabilitation of road networks of Ninoy Aquino Parks and Wildlife Center and Veterans Memorial Medical Center, and the construction of several multipurpose buildings.

On the same day, the senator’s staff provided similar relief to households adversely affected by the pandemic in Novaliches, Quezon City.