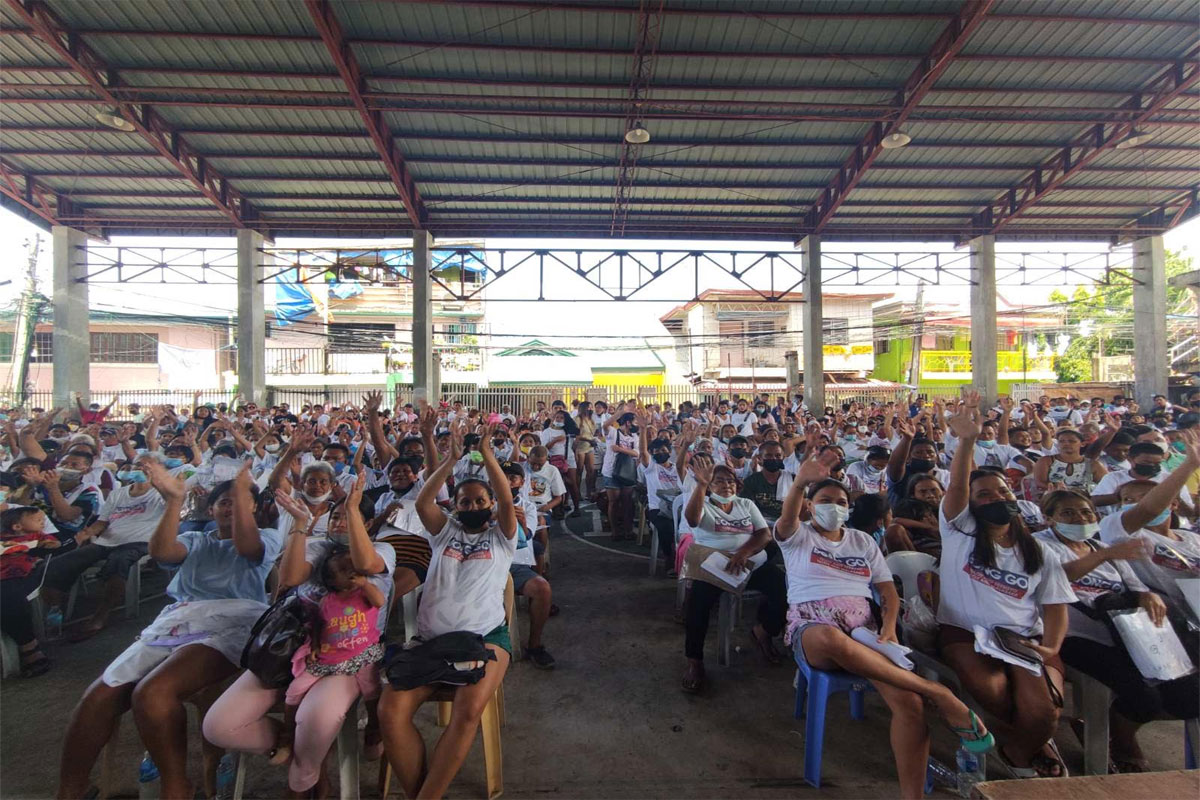 Go’s staff mounted the relief activity at the Manggahan Gym in Barangay Punta Prinsesa where they gave away grocery packs, vitamins, masks, shirts and snacks to 805 families who were affected by a recent fire incident.

In a separate distribution, the Department of Social Welfare and Development distributed financial assistance to each affected household while the National Housing Authority further assessed the victims’ needs and extended them necessary housing assistance.

In addition, the Department of Trade and Industry and the Technical Education and Skills Development Authority provided livelihood support and scholarship grants, respectively, to those who qualified upon assessments.

In his video message, Go renewed his appeal to the local officials to intensify their fire protection and prevention efforts, including public awareness campaigns, especially in fire-prone areas. He also pushed for a whole-of-government approach to help victims recover and build back better.

The senator, who serves as Vice Chair of the Senate Committee on Public Order, also mentioned how the Bureau of Fire Protection Modernization Act, which he primarily authored and co-sponsored, significantly improves the agency’s capability in dealing with fire-related incidents.

Meanwhile, the senator urged eligible Cebuanos to take part in the national inoculation drive, citing how the government exerted great efforts to acquire safe and sufficient vaccines for the protection of Filipinos.

Go, who also heads the Senate Committee on Health and Demography, offered additional assistance to those in need of medical care. He then mentioned that there are 151 Malasakit Centers in the country, six of which are located in the province of Cebu. In the city, the centers are available at the Vicente Sotto Memorial Medical Center (VSMMC) and at St. Anthony Mother & Child Hospital.

The Malasakit Center is a one-stop shop where patients can conveniently avail of medical aid from the DSWD, Department of Health, Philippine Health Insurance Corporation, and Philippine Charity Sweepstakes Office. To date, there are over three million Filipinos who have benefitted from the program since it was initiated in 2018 by Go.

In line with his commitment to improve the quality of services in health facilities, Go recently sponsored a bill which seeks to increase the bed capacity of the VSMMC from 1,200 to 1,500 beds. It was approved on the third and final reading in the Senate last January, together with 14 other local hospital bills which Go likewise sponsored.

Concluding his message, Go gave recognition to all of the local officials for their dedication to serve their community.

On June 18 and 23, Go’s team provided similar assistance to hundreds of fire victims in Cebu City.