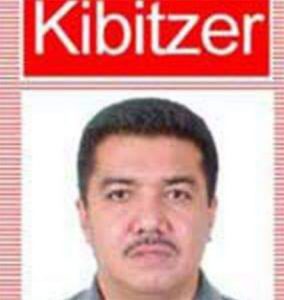 FOUR years ago today, when he died, I wrote of Bomber Pamiloza:

“Alexander “Bomber” Pamiloza was more than just a boxing promoter-manager to me.

He was a good friend: loyal, dependable and always ready to help. He was also a doting ninong to my only daughter Steffi.

They say friends are like stars that we do not always see but we still believe they are always there.

We seldom see each other the past couple of years due to our busy schedules, but I know he’ll always be there for me whenever I need a friend.

It feels good to know that somebody will always have your back when the time comes.

And Bomber will remain as that one special friend you would always want to have your back.”

I also wrote of Pamiloza:

But it was not only in boxing.

To his friends and supporters in Barangay Bomber where he served as chairman for almost 40 years, he could do no wrong, could never let you down. He never did anything that he know would offend God.

But while public service was in his calling card, Bomber was just as legendary in sports.

The boxing world is awash with Bomber stories.

In the boxing parlance, it was promoting fights that help boxers and their family earn a living even if it means losing money on his part.”

Well, May 2, 2022 was our good friend Bomber’s fourth death anniversary.

When he died, the boxing world was instantly a poorer place.

Boxing personalities — fighters, promoters, matchmakers, coaches, trainers, judges, doctors, cornermen and even journalists — mourned the passing of a giant among them.

We can only hope that there is another Barangay Bomber in heaven where he can continue to make people — boxers or not — happy in whatever way he can.

His closest sports editor-friends Gus Villanueva, Rudy Navarro and Manolo Inigo would be there to write about him.

After all, Bomber is Forever.

My only daughter Stephanie Marie turned another year older — and wiser — last Sunday, May 1.

Steffi, as we lovingly call her, is the second child and the only girl in the family.

This is also the first time that she celebrated her special day with hubby Homer and son Apollo Nathaniel, who is now one year and two months old.

But instead of splurging on her birthday, Steffi decided to keep some of her money in the bank as part of her family’s savings.

Although she is now a young mother looking to start family life, Steffi will always be the baby in the family. Her Mom Liza and brothers John Michael, Robert James and Brian Paul feel the same way.

It is always fun to recall in the mind’s eyes scenes of our happy home when the children were still small. Having three boys and a girl always feel like getting a shower of special blessings from above.

As a baby and little girl, Steffi was very close to me. Even with her own room, she would often camp with us in sleep. We also had a lot of fun together whenever I took her out to the malls to buy her favorite Barbie dolls.

But as she grew into a young lady, she became closer to her mom with whom she can share confidences and the secrets of their sex.

And even if she’s now a full-grown woman and mother, I know we’ll still remain gently protective of her.

As they always say, one can never retire from parenthood.

For comments and suggestions, e-mail to edandaya2003@yahoo.com

A warning against complacency after May 9, 2022