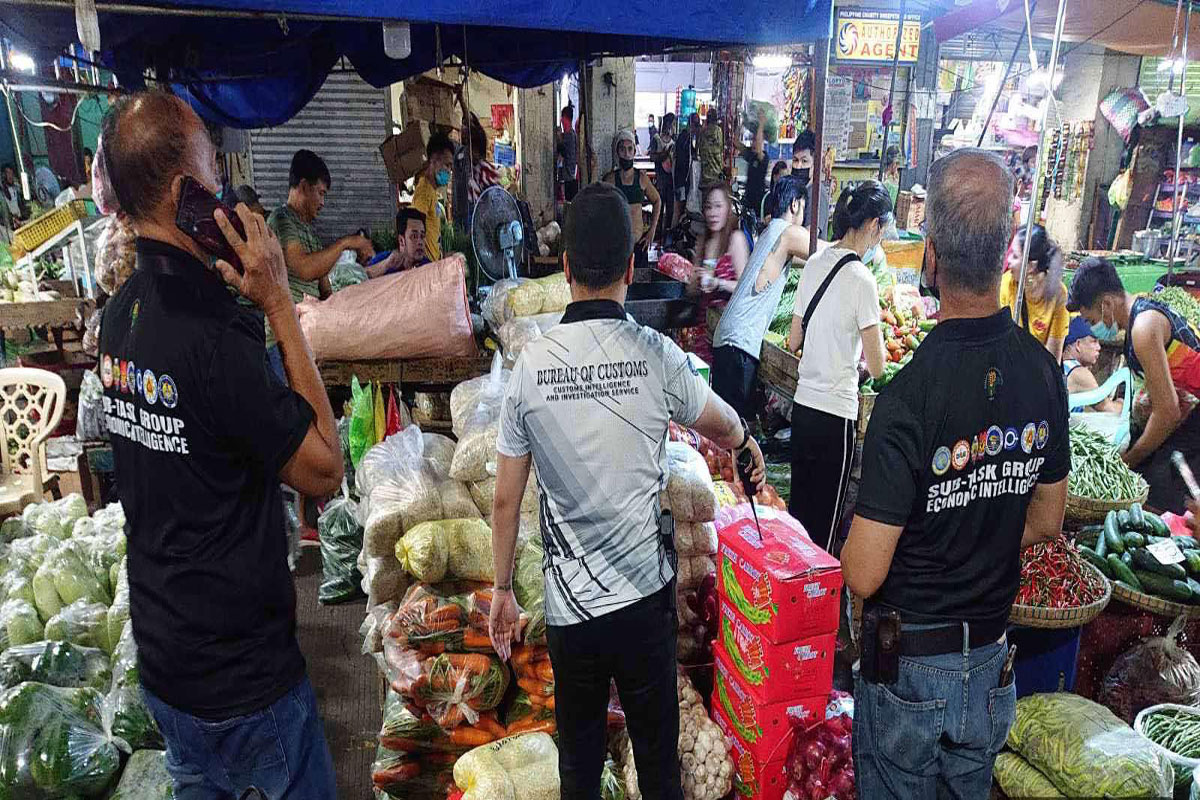 Law enforcers headed by the Bureau of Customs while staging a raid at Divisoria, Manila, early yesterday, where they found and confiscated smuggled carrots and broccolis worth over P300,000. No suspect was arrested, however, after the vendors denied ownership. Photo courtesy of BOC-IG
Provincial,

THE Bureau of Customs (BOC) registered its highest monthly collection in history with P70.727 billion actual collection against its P57.69 billion target for March, for a surplus collection of P13.037 billion.

Assistant Commissioner Atty. Vincent Maronilla, BOC spokesperson, said the surplus collection is also 22.6% higher than their assigned target and enabled them to overshoot their monthly assigned target for the first quarter of the year.

Maronilla attributed the impressive tax-take to the improving volume of importation in the country and improved valuation of imported goods from the reforms initiated by Comm. Rey Leonardo Guerrero and the collective effort of all collection districts.

He said the operation was by virtue of a mission order signed by Guerrero and spearheaded by the Customs Intelligence Investigation Service at the Manila International Container Port (CIIS-MICP) under Alvin Enciso.

Guerrero immediately approved the operation on being informed that smuggled vegetables are freely being sold in Divisoria.

Ramiro said the operation was conducted jointly with the Economic Intelligence Sub Task Group on food security (EI-STG) composed of operatives from the Department of Agriculture (DA), Department of Trade and Industry (DTI), National Intelligence Coordinating Agency (NICA), and properly coordinated with the Manila Police District (MPD) and barangay officials.

When the team arrived at the area, they immediately inspected stalls along the roads and sidewalks and found several imported carrots and broccoli in boxes openly displayed and for sale.

The vendors, however, denied ownership of the products that were all immediately confiscated by the authorities.

The value of the confiscated goods was placed at more than P300,000.