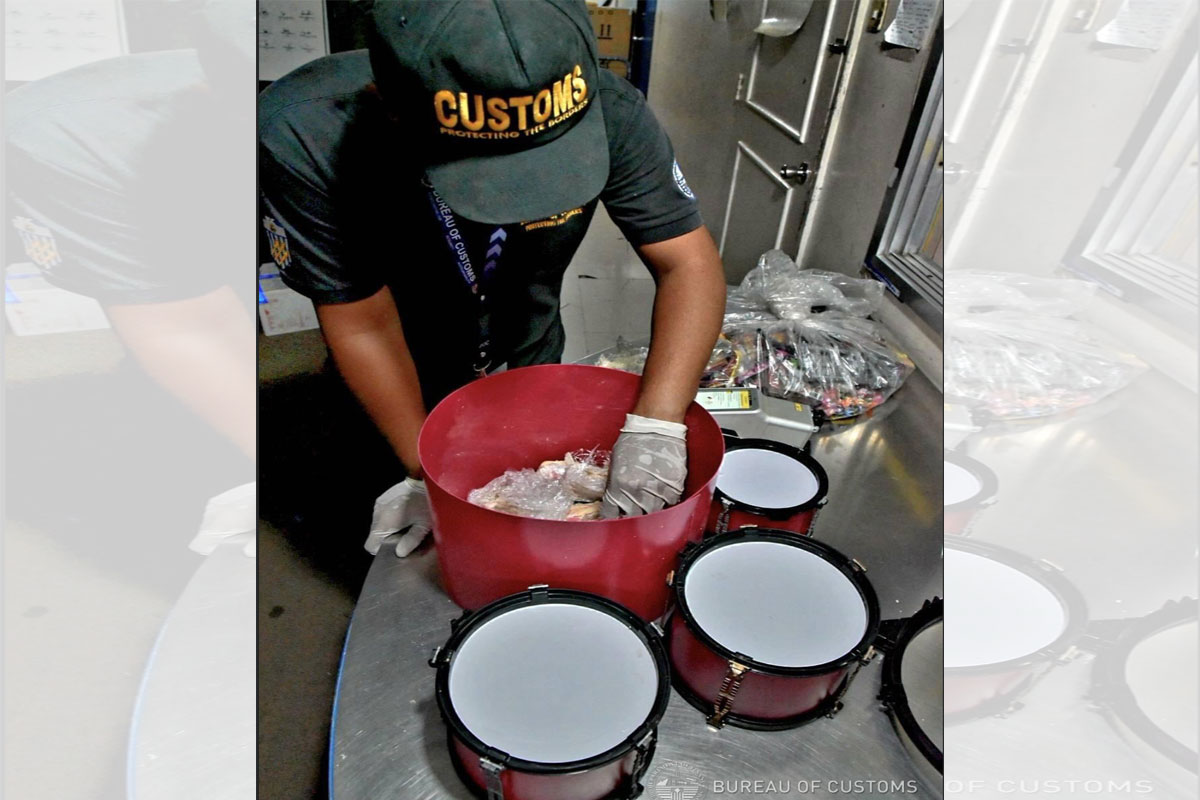 At about 5:45 p.m., the consignee, a resident of Cainta, Rizal, and his cohort, from San Juan City, were arrested after trying to claim the package at Central Mail Exchange Center in Pasay City.

The shipment was declared as “Bateria, Musical, Dulces” or a set of toy drums shipped from Mexico, which arrived last May 30, 2022.

Initially, it was discovered by BOC during X-ray scanning, which yielded suspicious images.

Subsequently, the package was subjected to 100% physical examination.

The claimants are presently undergoing custodial investigation for eventual inquest prosecution for violation of R.A. No. 9165, otherwise known as the Comprehensive Dangerous Drugs Act of 2002 in relation to Sections 119 and 1401 in of RA 10863 also known as the Customs Modernization and Tariff Act (CMTA).

In full support of Commissioner Leonardo B. Guerrero’s anti-smuggling campaign and partnership with other enforcement agencies, the Port of NAIA under District Collector Carmelita Talusan “vows” to continuously guard the country’s border against entry of anti-social goods.