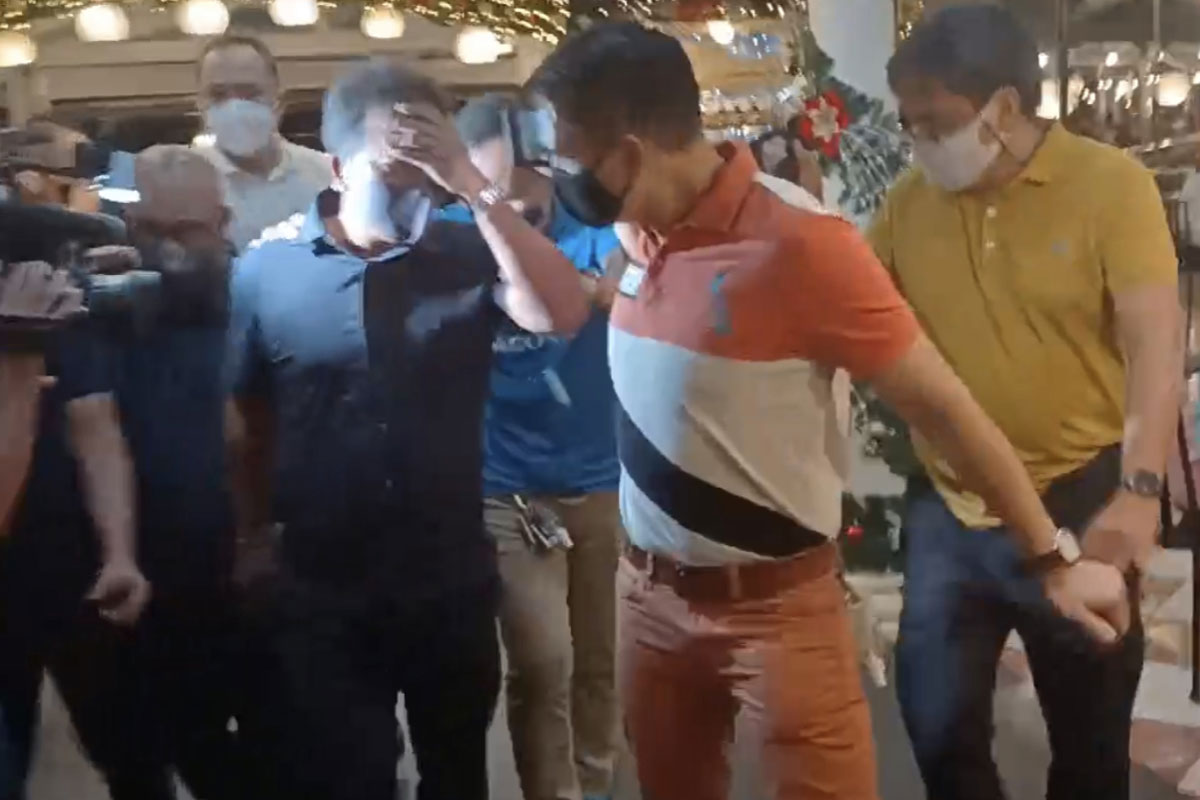 TWO frontline employees of the Bureau of Customs (BOC) assigned at the Formal Entry Division (FED/Assessment) at the Port of Manila (POM) were arrested by joint elements from the BOC’s Intelligence Group (IG) and the Special Project Team (SPT) of the National Bureau of Investigation (NBI) during an entrapment operation last Tuesday, November 2, 2021, in Manila.

The suspects were having their early dinner past 6:00 pm together with the complainant, of Purok 5, Balsik, Hermosa, Bataan, at the Harbor View Restaurant fronting Manila Bay in Ermita, when undercover NBI and customs agents sprung on them while they were in possession of the marked money.

The entrapment was hatched after a long-time importer of machineries and machine products directly complained to Comm. Rey Leonardo Guerrero that the suspects have been demanding P300,000 from him in exchange for the release of his shipment of injection pumps.

The complainant also bared that he had a prior meeting last October 26, 2021, with Bello and Seletaria at the nearby Rizal Park Hotel where the two allegedly demanded the P300,000 money from him.

In an interview, the complainant said a shipment containing an injection machine used for plastic molding and manufacturing pails arrived from China on October 18.

This was documented and lodged on Oct. 21. During processing, Bello allegedly wanted a P1 million tax for the shipment

The complainant added that Bello allegedly didn’t allow the shipment to be covered by the AFT Asian Free Trade Agreement and suggested a tax of P392,000.

Atty. Dongalo immediately mapped out the entrapment operation with BOC and the NBI Special Project Team.

Ramiro, for his part, held a meeting with the complainant hours before the entrapment was launched together with Atty. Emeterio Dongallo Jr., head of the SPT-NBI.

Atty. Vincent Maronilla, in a statement after the incident said the arrest of Bello and Seletaria should serve as a “reminder to all BOC officers and employees that the fight to weed out the BOC of unscrupulous individuals remains relentless.”

“These kinds of operations shall continue as we move forward to our transformation journey,” Maronilla added.

Seletaria, on the other hand, entered the bureau in 2004 and is already earning a monthly income of P40,637 as COO-4.

Records from the office of Ramiro also disclosed that last Tuesday’s entrapment is already the tenth successful entrapment operation initiated by the Intelligence Group since 2019 involving customs personnel and other unscrupulous individuals.

Aside from a case of robbery-extortion being prepared by the NBI, Bello and Seletaria are also facing a case for gross misconduct before the BOC, which is punishable with immediate dismissal from the service and forfeiture of benefits.