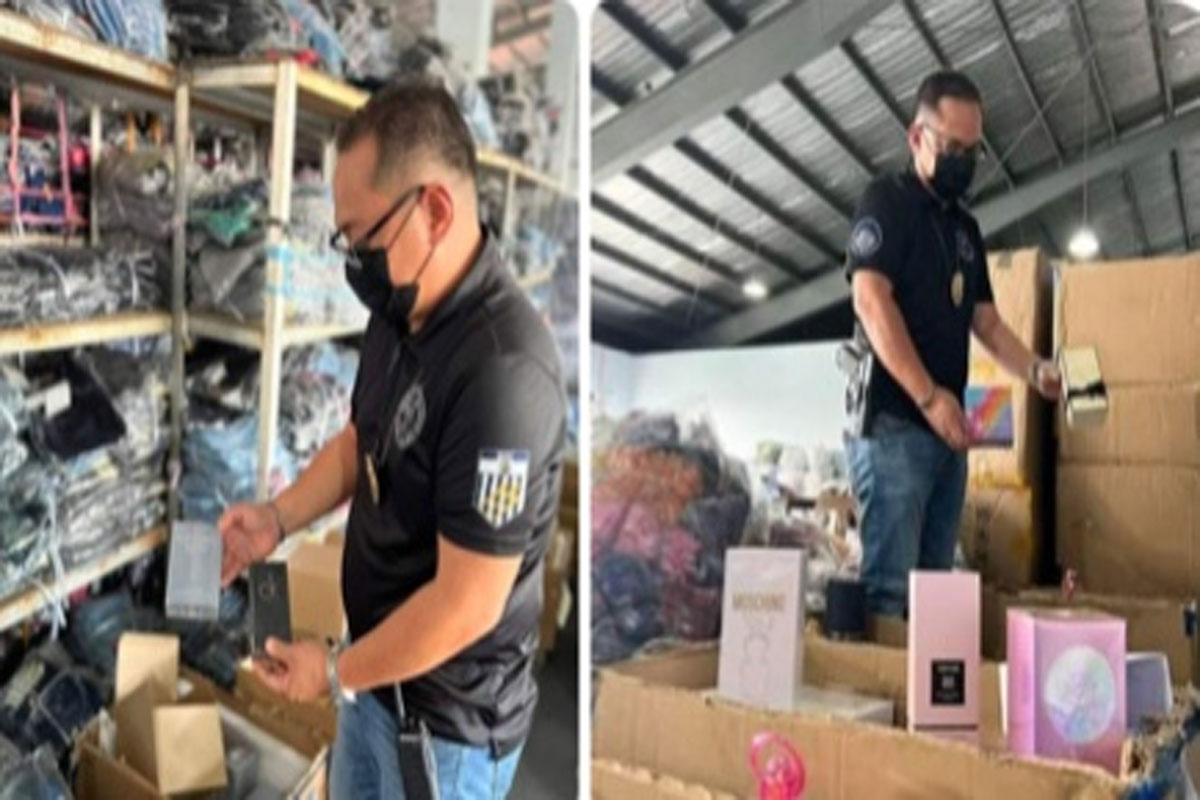 Customs Intelligence Officer 3 Alvin Enciso inspects the seized P250 million worth of fake luxury items in Las Piñas City. Counterfeit Jo Malone, Versace, and Lanvin perfumes were among those seized by the joint raid by the BOC and the National Bureau of Investigation (NBI) from the warehouse.
Metro,

“This operation was not going to be possible without the cooperation from all of our partner agencies. We have been working hard on trying to stop these infringed items from getting into our markets, fooling consumers, and turning us into a replica capital,” he added.

IPR-infringing bottles of perfumes, such as those of luxury brands Jo Malone, Versace, and Lanvin were also found.

“We don’t want the country to suffer from a certain reputation that allows infringed goods to get into the market and make a mockery of our laws and systems,” he said.

“This is non-negotiable for us. We’re not only working to protect our borders, but we want to secure our markets, too,” Ramiro added.