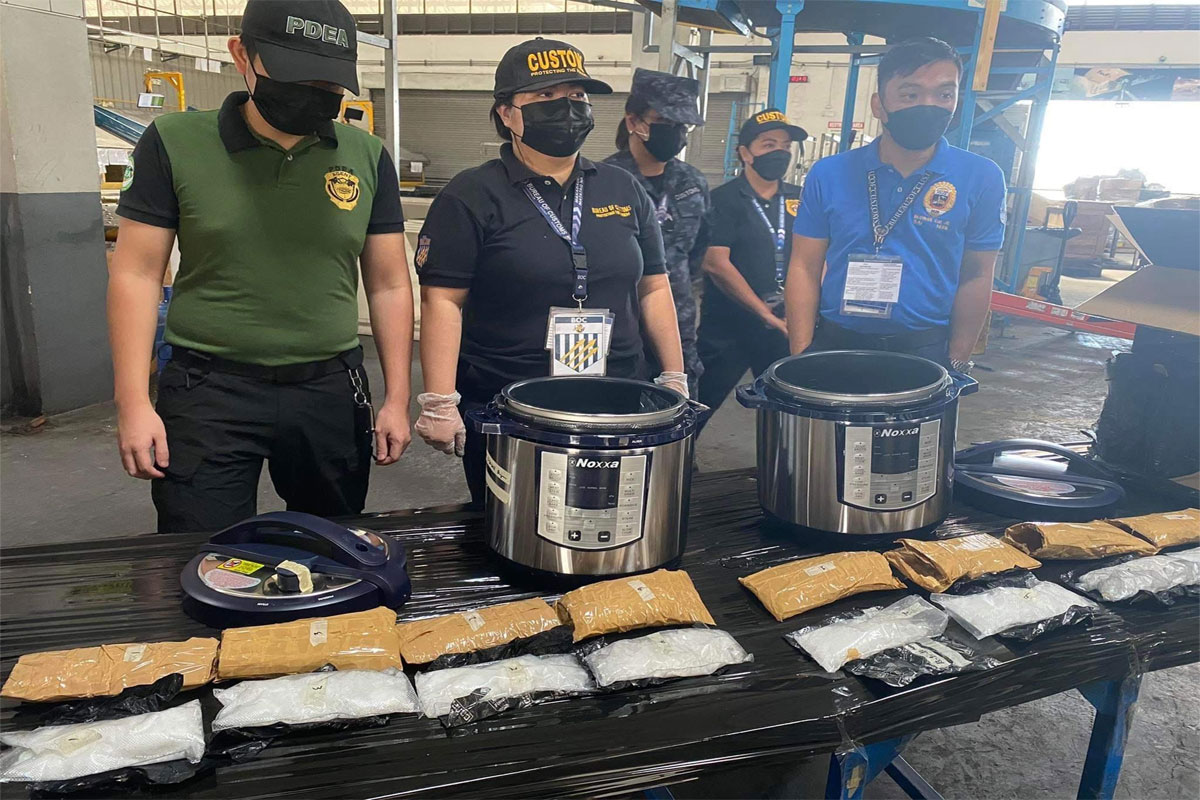 Personnel of Customs-NAIA and PDEA presented the seized illegal drugs inside the pressure cookers. Photo Courtesy of CUSTOMS-NAIA
Metro,

As the war on drugs of the Duterte administration rages on, the BOC-NAIA and PDEA – as part of the NAIA Drug Interdiction Task Group (NAIA-DITG) on Friday, March 30, 2022, seized the shabu concealed in the pressure cookers.

The package from Malaysia was declared as “a multi-function pressure cooker” but was found to contain a white crystalline substance weighing a total of 1011 grams, which was later verified as methamphetamine hydrochloride or “shabu” with an estimated value of P6,874,800.

BOC-NAIA vows to continue to remain at the forefront of the war against illegal drugs as part of the directive of BOC Commissioner Rey Leonardo B. Guerrero.