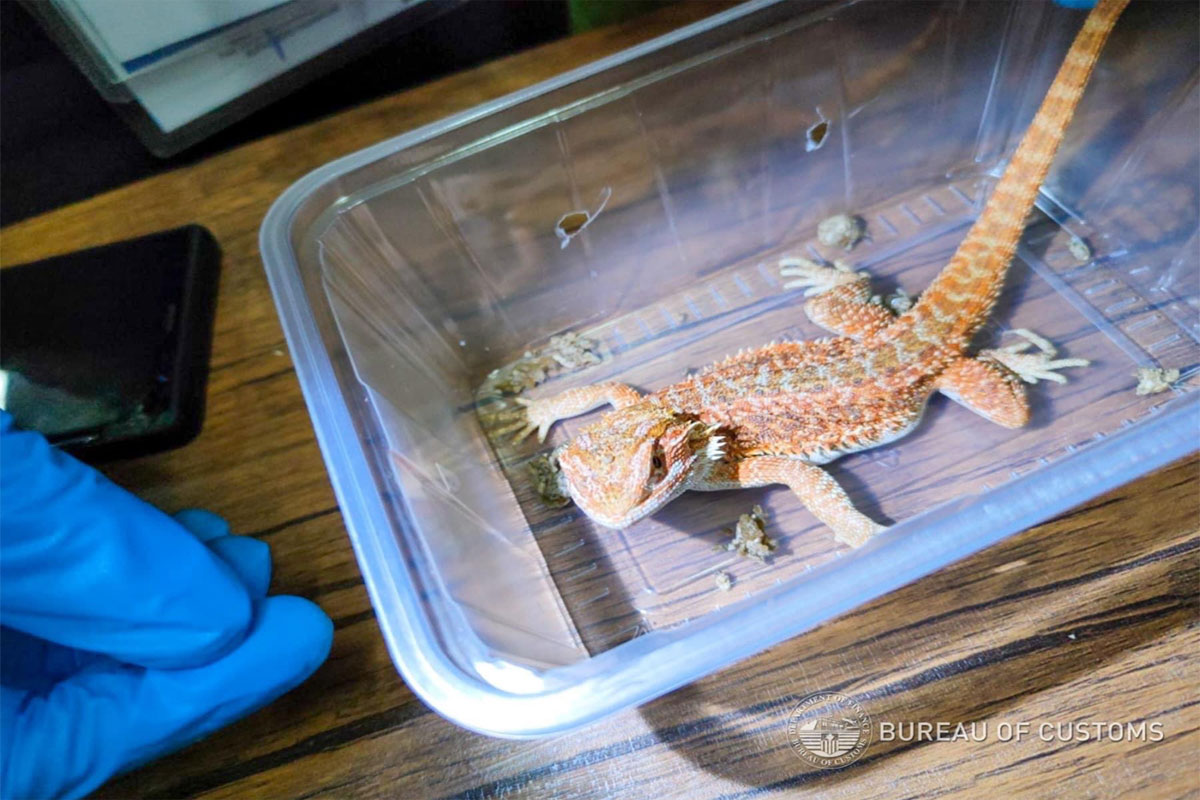 Part of the recovered wildlife declared as cosmetics. Photo courtesy of Bureau of Customs
Metro,

THE Bureau of Customs – Port of Ninoy Aquino International Airport (BOC-NAIA) foiled attempts of wildlife smuggling in various warehouses after successfully seizing eight Gecko Lizards, 40 spiderlings and 5 tarantula consigned to a claimant in Paranaque, Manila while the latter was about to be exported to Dubai, UAE, authority reported.

The parcel which was shipped from Krongsamwatawantok-Bangkok, Thailand was declared as “Commercial Sample” but found to contain 8 gecko Lizards concealed in packaged transparent containers.

Another shipment bound for Dubai was also intercepted coming from a sender in Pasay City.

The package was declared as Facial Skin Set/Quick Fix Mattifier and was found to contain 40 Spiderlings and 5 Tarantulas.

After the discovery, the lizards and spiders were turned over immediately to the Department of Environment and Natural Resources (DENR) for monitoring, safekeeping and identification of species.

The said illegal shipments constitutes a violation under Section 1113 in relation to Section 117 and 1401 of RA 10863 or “Customs Modernization and Tariff Act” and Section 27 of RA 9147 or “Wildlife Resources Conservation and Protection Act.”

Recently, the Port of NAIA was able to seize exotic aquatic wildlife species with an estimated commercial value of P3.5 Million in PAL/PSI in Pasay City. Furthermore, the port was also recognized by the TRAFFIC Southeast Asia for its efforts against wildlife trafficking over the years.

Port of NAIA headed by District Collector Carmelita M. Talusan fully supports Commissioner Rey Leonardo B. Guerrero’s directive on intensified border protection and is in close coordination with DENR on wildlife protection and its conservation.