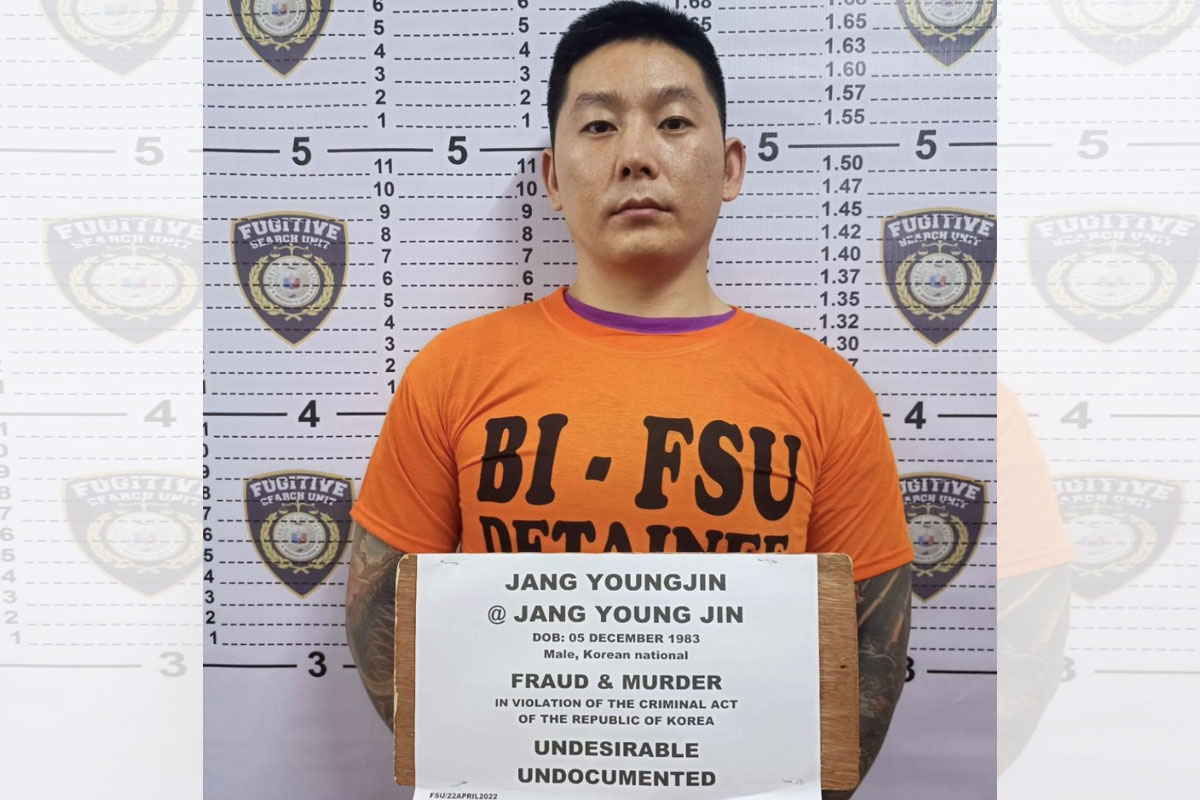 THE Bureau of Immigration (BI) said it is set to deport a South Korean fugitive wanted by authorities in Seoul for fatally beating a compatriot and his involvement in telecommunications fraud.

In a report to Immigration Commissioner Jaime Morente, the BI’s Fugitive Search Unit (FSU) identified the alien as 38-year-old Jang Youngjin, who was arrested last Friday at his residence in Cubao, Quezon City.

The BI-FSU operatives who arrested Jang were armed with a warrant from Morente, who issued the same pursuant to a deportation order that the BI board of commissioners issued against the Korean for being an undesirable alien.

Jang is now detained at the BI Warden Facility in Camp Bagong Diwa, Taguig City, pending his deportation to Korea.

According to BI-FSU chief Rendel Ryan Sy, Jang is the subject of a red notice from Interpol and an arrest warrant issued by the Cheongju District Court in Korea in connection with a murder case.

The said case stemmed from an incident in Parañaque City last Jan. 16 wherein Jang allegedly mauled a fellow Korean after a heated argument with the victim during a drinking spree, which resulted in the latter’s death due to head trauma.

Sy also bared that another warrant was issued against Jang by the Seoul Central District Court, where he was charged with running a telecom fraud syndicate that operated in China.

The syndicate members allegedly employed voice phishing in making calls to their victims in Korea, whose combined losses amounted to more than 63 million Korean won or roughly P2.6M.