Journal News / Sports / Other Sports / Best of the best 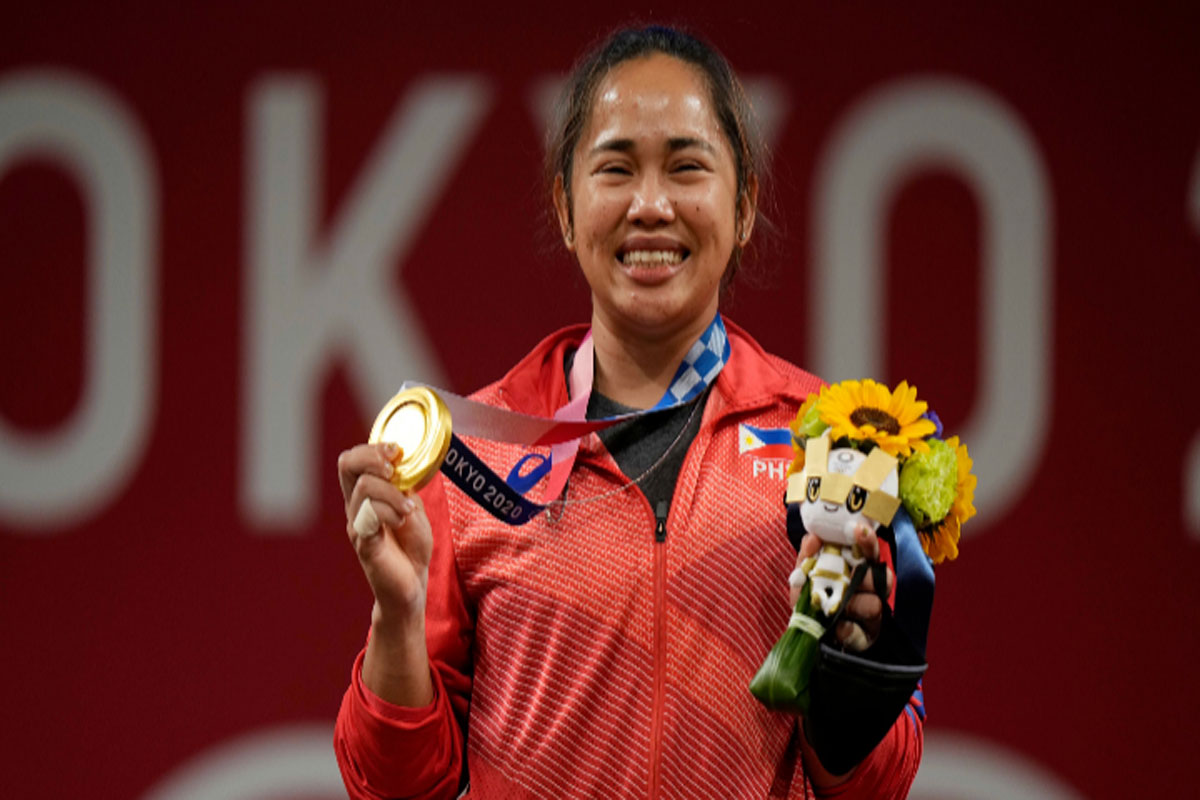 Diaz: PSA ‘Athlete of the Year’.
Other Sports,

Best of the best

IT was a no-brainer.

For giving joy to the country and providing its proudest sports moment in history, weightlifter Hidilyn Diaz will be honored as the 2021 Athlete of the Year during the San Miguel Corporation- Philippine Sportswriters Association (SMC-PSA) Annual Awards Night on March 14 at the grand ballroom of the Diamond Hotel.

Diaz, bless her heart, ended the Philippine’s long search for Olympic glory that spawned for almost a century by bagging a historic breakthrough gold medal in the women’s 55 kg event of the Tokyo Olympiad.

The exploit eventually snowballed in the Filipinos’ inspired Olympic bid in the midst of the pandemic, as boxing delivered three more medals behind silver winners Nesthy Petecio and Carlo Paalam and bronze medalist Eumir Marcial that capped the country’s most productive campaign ever in the Summer Games.

The 30-year-old Diaz accordingly, leads the compact list of top achievers from last year who will be recognized during the affair that counts on the Philippine Sports Commission (PSC), Philippine Olympic Committee (POC), and Cignal TV as major backers.

“Hidilyn Diaz winning the country’s first ever Olympic gold medal was definitely the highpoint of what had been a truly memorable year for Philippine sports. The PSA was unanimous in its choice of Hidilyn as our Athlete of the Year for 2021,” said PSA president Rey C. Lachica, sports editor of Tempo.

The feat was just among the many honors Diaz, the pride of Zamboanga City, has brought to the country, but this one certainly topped them all.

Diaz did it in record style. She established a new Olympic mark with a lift of 127 kg in the clean and jerk, and another one behind a total lift of 224 kilogram in beating Chinese rival and record holder Liao Qiuyun in a dramatic finale for the gold.

The lady weightlifter also went down in history as only the second Filipino athlete to win multiple Olympic medals after the late swimmer Teofilo Yldefonso (two bronze medals).

It will be the third Athlete of the Year honor to be bestowed by the country’s oldest media organization to Diaz in the last six years.

She first won the award in 2016 when she bagged a silver in the Rio De Janeiro Olympics, ending the country’s 20-year medal drought in the quadrennial showpiece.

Two years later, she shared the same honor with the golfing trio of Yuka Saso, Bianca Pagdanganan, and Lois Kaye Go, along with skateboarder Margilyn Didal when they accounted for the four gold medals the Philippines won in the 2018 Asian Games in Indonesia.