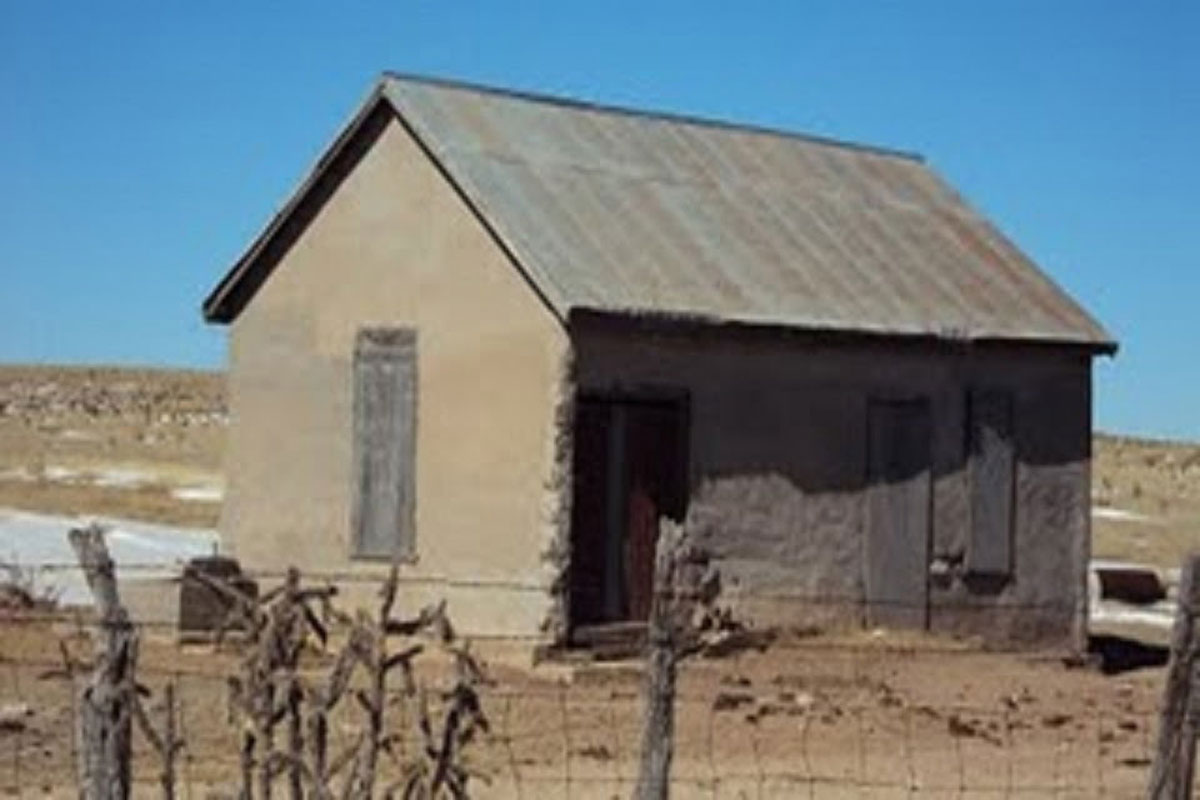 A couple of days ago I wrote an article here at Mysterious Universe on the possibility that the bodies of dead aliens might be hidden – “on ice” – at various secure military facilities around the world. And, in another article, I discussed the matter of how – bizarrely! – comedian Jackie Gleason was supposedly given access to the bodies of dead aliens in the early 1970s! So, I’m making this a third, and final, article on this subject of dead aliens in the hands of military personnel. Medical doctors, too. This time, though, it will focus on the matter of not just the Alien Autopsy film – that surfaced in the 1990s – but some more slice-and-dice movies. All we know for sure is that the other films were floating around years ago. In other words, the Santilli film was a definitively Johnny-Come-Lately. It was in the heady, X-Files-dominated days of 1995 that Ray Santilli let loose upon an unsuspecting world the infamous Alien Autopsy film. Eleven years later, and after a seemingly never-ending period of controversy and debate, Santilli finally ‘fessed up to the fact that the controversial footage was nothing more than a, ahem, “restoration.”

So Santilli’s highly convoluted story went, he really did have in his possession 1947-vintage U.S. military film that showed the secret autopsy of a bald-headed, pot-bellied alien who had had the unfortunate bad driving skills to crash to earth deep in the harsh deserts of New Mexico. Ironically, however, Santilli elaborated, the real footage had supposedly degraded to the point where it was both unwatchable and unusable from a broadcasting perspective; and so he enlisted the expert help of special-effects chums to work on that aforementioned restoration. It would have been far too much to have expected this to lay matters to rest. And, indeed, it did not. The believers – or some of them, at least – continued to believe; while the disbelievers publicly scoffed at Santilli’s claims of “restoration” and maintained that the whole thing was nothing more than a straightforward hoax – albeit an ingeniously instigated and executed one. And even though the affair has now been relegated to the sidelines of ufology by all but those few that still have faith in Santilli’s original story, it is a seldom discussed fact that Santilli was not the first to claim knowledge of, or possession of, decades-old U.S. military film-footage and photographs said to show the bodies of dead and decaying ET’s. 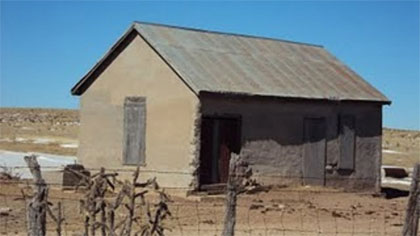 (Nick Redfern) At the Roswell site

A well-known collector of crashed UFO tales, the late Leonard Stringfield, was the recipient of a number of such claims – although, sadly and perhaps inevitably, no films. One such tale told to Stringfield came from the unsurprisingly anonymous ‘Mr. T.E.’, who, said Stringfield in 1980, “holds a technical position in today’s life.” T.E. told Stringfield that in 1953, at the age of just twenty, and while stationed at Fort Monmouth, New Jersey, he was summoned to watch a startling piece of film-footage at the base theatre. Reported Stringfield: “Without any briefing, the 16mm movie projector was flicked on and the film began to roll on the screen…the film showed a desert scene dominated by a silver disc-shaped object embedded in the sand…” Stringfield continued that: “Then…there was a change of scenes. Now in view were two tables, probably taken inside a tent, on which, to his surprise, were dead bodies. T.E. said the bodies appeared little by human standards and most notable were the heads, all looking alike, and all being large compared to their body sizes.”

Interestingly, T.E. and his colleagues were told immediately after the screening to ‘think about the movie’; but were later advised that: “It was a hoax.” And, eerily paralleling the Santilli film, T.E. told Stringfield that: “The 5-minute long movie certainly was not a Walt Disney production. It was probably shot by an inexperienced cameraman because it was full of scratches, and had poor colouring and texture.” Then, there is the little known story of Pennsylvania-based UFO researcher Joan Jeffers who – having read the “T.E. Report” – stated in a letter to Stringfield on February 6, 1979 that she, too, had spoken with a military source who claimed to have seen what sounded suspiciously like the same film – at a “radar facility” in Maine, USA around 1956.

And still further reports reached the eyes and ears of Leonard Stringfield. Two years later, in 1982, Stringfield wrote: “On a tip from Bill Hamilton of Phoenix, Arizona, at the MUFON Symposium in Houston, June, 1980, I was soon in communication with Ms. C.M. of Los Angeles, a successful freelance writer who knew about a secret movie allegedly showing a freshly recovered alien craft with occupants, filmed inside an Air Force hangar. The movie, in color with sound, and of 17 minutes duration, said C.M., was in the possession of a person formerly in government service, whom she did not identify…one scene showed the removal of five alien dead bodies.” Despite attempts to cultivate the source to a greater degree, Stringfield was unable to do so. Another film had bitten the dust.

Quite possibly the strangest story of an alleged alien autopsy film involves – in a weird and convoluted way – the late country and western singer, John Denver, who died in a plane crash near Pacific Grove, California on October 12, 1997. Aside from what passes for music, Denver’s other big passion was for space travel: he even took, and passed no less, NASA’s physical and mental examination to determine if he was fit enough to cope with the extreme rigours of a journey into space. As a result, plans were made – for a while – for Denver to travel on the Challenger Space Shuttle. But a twist of fate prevented him from joining the ill-fated January 1986 mission that ended in complete and utter disaster when Challenger exploded shortly after take-off, killing all of the crew. One of those aboard Challenger was astronaut Ellison Onizuka, who had told his close friend, Chris Coffey that, while serving in the U.S. Air Force at McClellan Air Force Base in 1973, he had viewed a piece of black-and-white film footage that showed “alien bodies on a slab” – alien bodies not unlike those said to have been found in Roswell, New Mexico in 1947. Roswell, it turns out, was John Denver’s home town: he was born there – into an Air Force family, no less – in 1943. 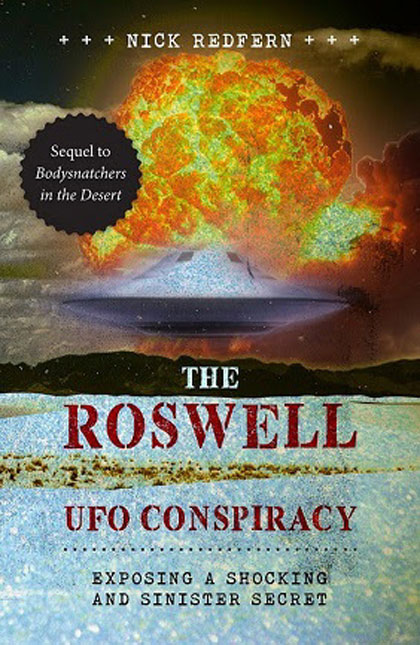 Interestingly, in the same year that Challenger exploded – 1986 – English UFO researcher and author Jenny Randles was approached by a British Army source that she called “Robert,” who claimed to have read – and asserted that he had access to – hundreds of pages of seemingly Top Secret U.S. military files that had been found on classified computer systems at Wright-Patterson Air Force Base, Dayton, Ohio. Contained within those files, Randles told me in an interview on March 28, 1997, were – according to Robert, at least – photographs that showed aspects of at least one alien autopsy. Randles further informed me that: “…there was a very detailed account that was mostly filled with medical jargon about the autopsy which he didn’t understand, and there was a photograph of this entity with a slit right down the middle from the neck to the navel.” She added: “One of the things Robert said was that the aliens were very human-looking. He said that the head was completely bald, but the most unusual feature of the face was the nose, which was almost flush into the face – almost unnoticeable. He couldn’t tell from the photographs, but the autopsy report made it clear that the beings were slightly smaller than average human size – about five feet in height.”

Notably, Randles reported: “Bearing in mind, 1986 was years before the autopsy film [from Ray Santilli] surfaced. In fact, the connections with the autopsy film and with what Robert told me are chillingly similar. One of the impressions that you get from the alien autopsy footage is that the body is very human-like; and is around five foot in height. I have to say it struck me as soon as I saw the footage that this was very similar to what Robert had described.” Was Santilli right all along? Did he have access to decades-old footage that really showed the autopsy of an alien, or a curiously deformed human being, perhaps? Or is there another answer? Quite possibly: yes, there is. Let’s say for the sake of argument that Santilli really was the recipient of film-footage from an elderly military cameraman who had amazingly been able to hang on to it for decades without his superiors ever finding out. Let’s also suppose that Leonard Stringfield’s sources were all being utterly genuine with him; as was Jenny Randles’s source, “Robert.” 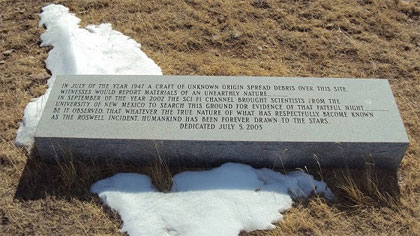 (Nick Redfern) Are there any dead aliens? Are all the films fakes?

Keeping that possibility in mind, consider this, too: there is one central theme that runs throughout all of these “alien autopsy film”-related accounts – namely, the apparent and ridiculous ease with which each of the military sources seemingly had access to such apparent Top Secret material. The claim of Santilli’s “cameraman,” that he was able to keep the footage because no-one in the official world ever came to claim it, is both utterly absurd and beyond belief. That Leonard Stringfield’s twenty-year old source, “T.E.,” was openly shown – for no apparent reason that either party could determine – an alleged film of alien bodies laid out on tables also sounds unlikely in the extreme. And, as Jenny Randles told me with specific regard to one aspect of the story related to her by British Army informant, Robert – namely the apparent ease with which supposed classified files and photographs on dead aliens had been made available to him: “I more or less mutually decided that the most likely explanation was that Robert had been set up by someone, and that he really did have this documentation. If it was a hoax, then Robert certainly wasn’t guilty of it. And I’d probably still have to say that today.” 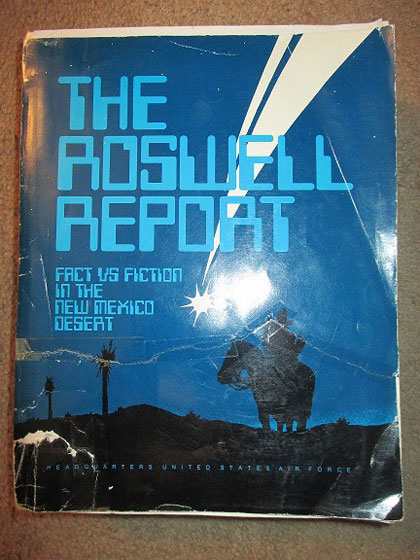 Note: “The Roswell Report” was the work of the United States Government (1995). That’s my well-worn copy above.

The U.S. Air Force has placed the report online at this link.

In view of this, we might do well to muse upon the possibility that the U.S. Air Force secret film-footage really does exist, and does appear to show the autopsies of one or more diminutive alien bodies. But appearances may be deceiving. We might argue that such footage was faked officially – decades ago, even – to test the loyalty of military personnel: deliberately expose them to such seemingly sensational material and then see if they keep their collective mouths shut in a fashion that is expected of them by their superiors; or watch them closely to see if they confide in their friends, family and the media. If the former: all well and good. If the latter: well, no actual real secrets have been exposed, and those that are found untrustworthy are quickly relegated to cleaning the latrines; or posted to guard-duty in some icy, polar region as punishment.

Or, perhaps even, this was all part of a ploy to try and spook the former Soviet Union into believing that the West had access to crashed UFOs, alien bodies, and all of the attendant advanced technology that came with such a finding. History has certainly shown that Cold War psychological warfare operations took some bizarre and unique twists and turns; and history may one day show that the many tales of secret alien autopsy films have more to do with the shenanigans of spies, spooks, disinformation experts, and cigar-chomping Air Force generals than they do with diminutive, black-eyed aliens from the other side of the universe.