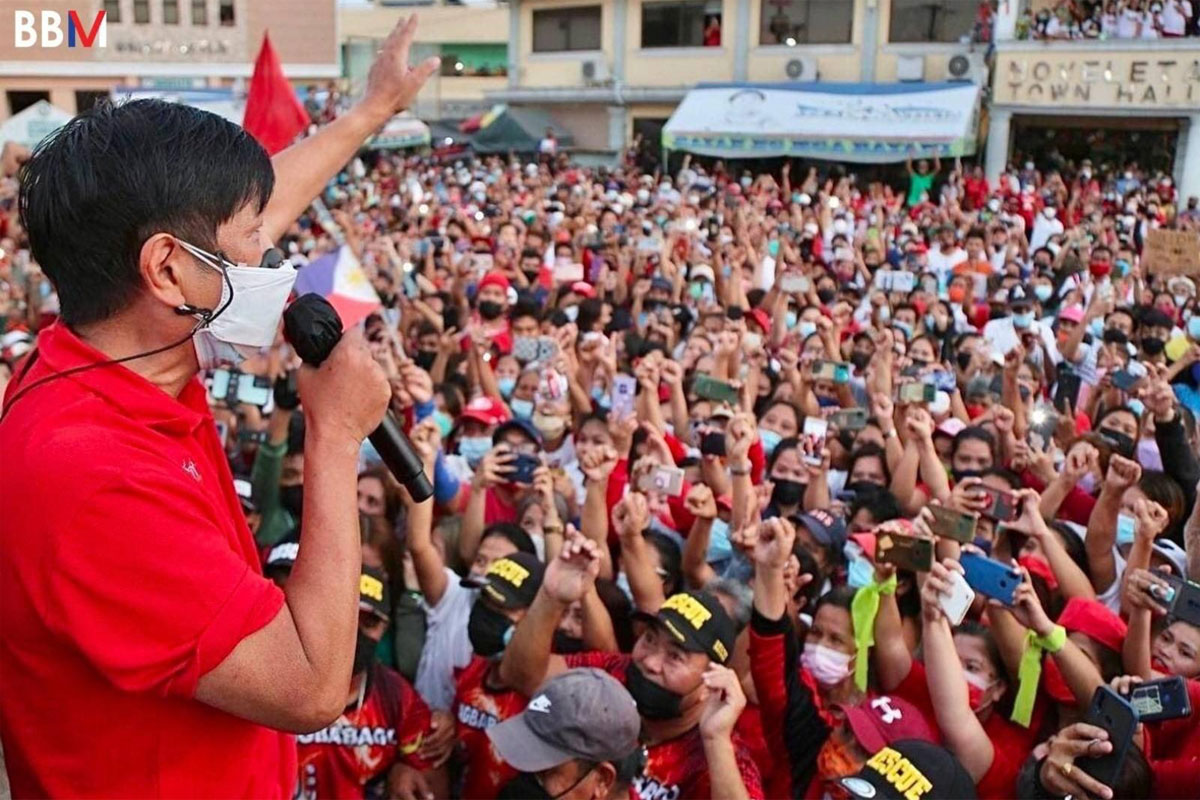 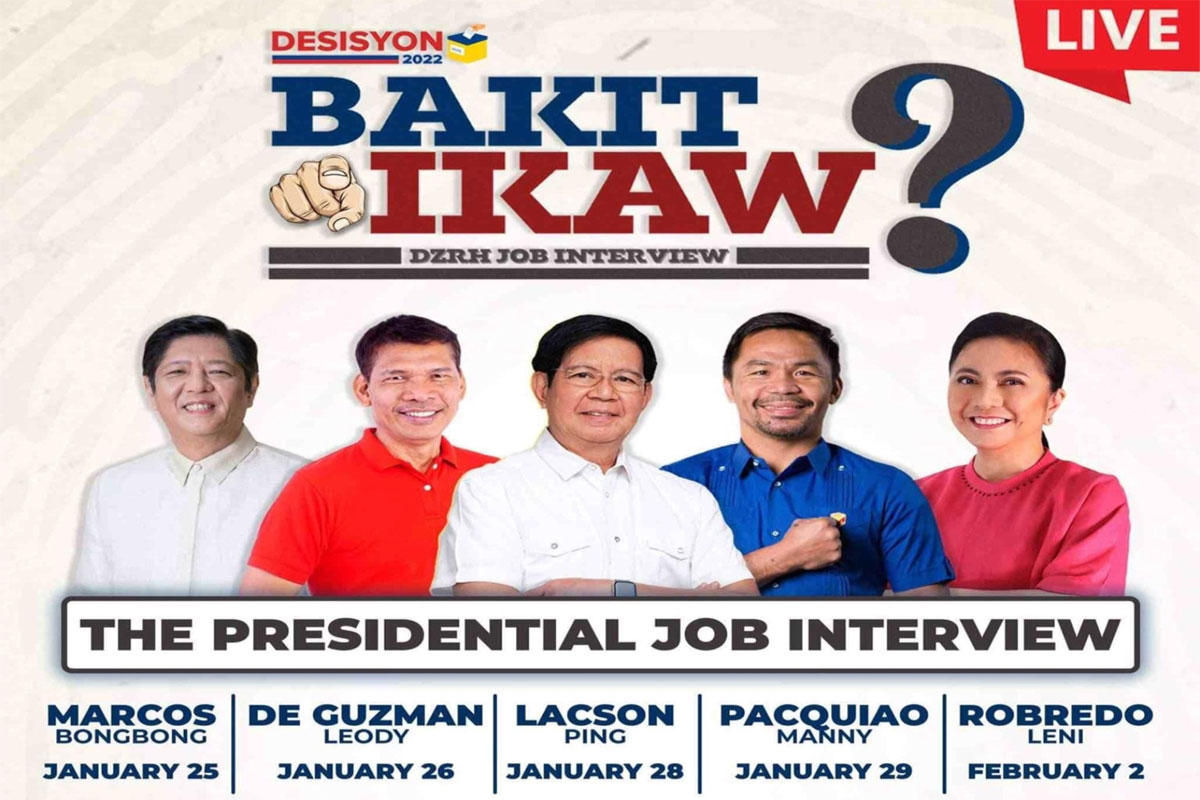 Marcos to bare plans for PH in job interview series

AS the nation evaluates candidates worthy of leading the nation beyond 2022, presidential aspirant Ferdinand “Bongbong” Marcos Jr. has agreed to face the public in a personal job interview, January 25, Tuesday, 4;00-6:30 PM, aired live, nationwide, to the Filipino people via the special segment “Bakit Ikaw, ” on DZRH.

In this job interview – which will also be on livestream via Facebook Live, YouTube Live, and TikTok – Marcos will be asked by DZRH anchors, media reporters, and citizens airing personal concerns, to explain how government can move the nation forward.

“We designed an interview format that will communicate to the public both the policy preferences and the personal principles of each candidate,” said DZRH station manager Cesar Chavez. “Voters deserve to know what is in the mind, as well as in the heart of someone they would vote for as president.”

“Bakit Ikaw” is a detailed interview wherein applicants – presidentiables in this case – have the opportunity to bare their plans for dealing with long-standing domestic, regional, and international challenges facing the Philippines.

Among these challenges are: expanding coverage of the public healthcare system; preparing for calamities and mitigating the effects of natural disasters; eradicating inefficiencies and corruption in government processes; maintaining peace and order; and maximizing the nation’s ability to leverage advances in science and technology to improve the lives of the Filipino people.

“We chose a one-on-one interview format to provide every candidate ample time to articulate their plans and their view,” Chavez said. “Let’s give each candidate a fair and equal chance to make their case before the Filipino people.”

DZRH has invited all presidential candidates to participate in the Bakit Ikaw personal job interview, which will be broadcast over all DZRH digital and traditional media platforms, and the following candidates have confirmed (as of release) for the following dates – Leody De Guzman, on January 26; Panfilo Lacson, on January 28; Manny Pacquiao, on January. 29; and Vice President Leni Robredo on February 2.

“DZRH believes that every Filipino should have equal access to information on TV, cable, radio, websites, or social media.,” Chavez said. “This is why we make these interviews with presidentiables available on as many platforms as possible.”

Legarda asks DA: What’s the truth about our fish supply?