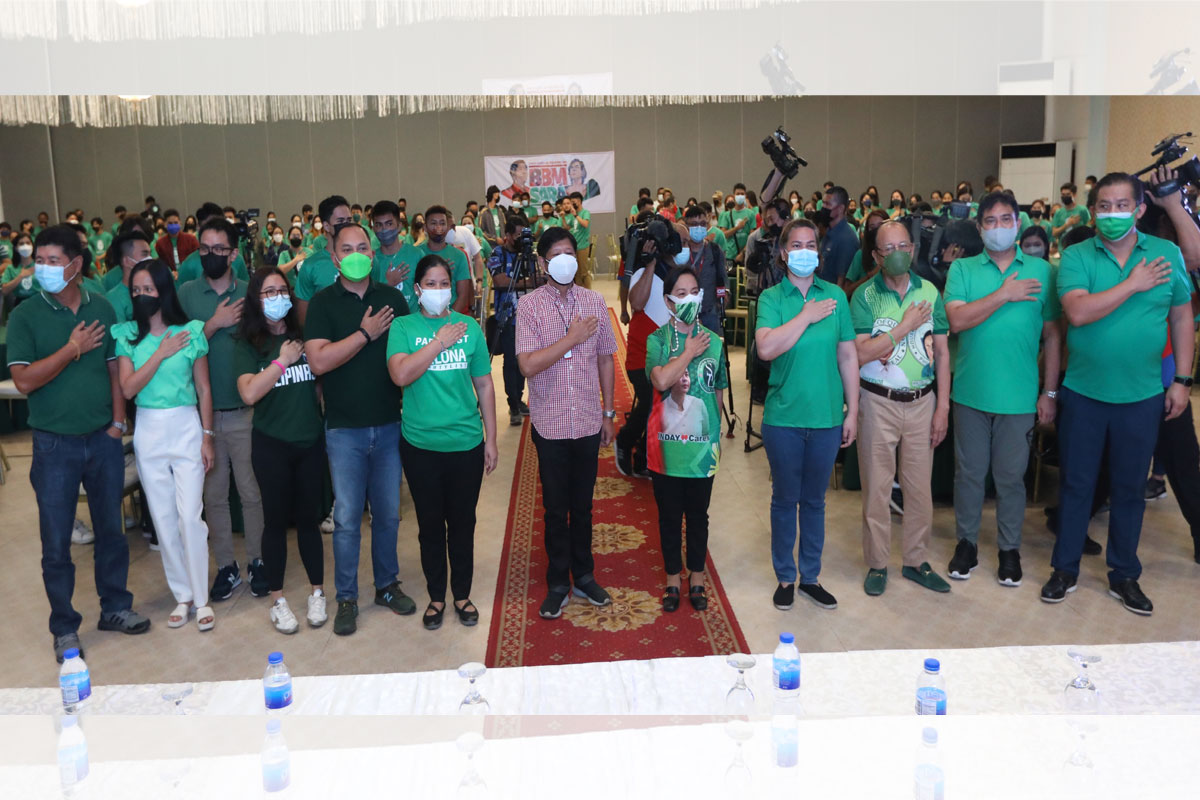 The BBM-Sara tandem barnstormed through three areas in Quezon and is scheduled to visit Batangas this Thursday.

Addressing the Green Army Youth Orientation Forum at Queen Margarette Hotel in Lucena City, Marcos and Duterte lauded the partnership inked by the youth sector and local government unit (LGU) through Quezon Rep. Jayjay Suarez, explaining that Filipino youth’s commitment to nation-building is a key driver to effectively deal with the serious challenges facing them.

Duterte said the active participation of the young generation will help positively shape their lives in achieving true and lasting progress.

She cited the rising cases of illegal drugs abuse, teenage pregnancies, AIDS, effects of climate change, bullying, and mental health as among the major issues affecting the youth sector.

“Kinabukasan ang pinag-uusapan. Kayo ang kinabukasan, if we do not talk to you about what is happening now, you will not learn from us. You will not get a better future for our country,” Duterte, Vice Presidential Candidate of Lakas-CMD, said.

In her speech, Duterte also expressed gratitude to the people of Quezon for their support they have been extending to his father, President Rodrigo “Rody” Duterte.

Another rally organized by the Suarezes was attended by Marcos and Duterte at the Catanauan Central School in Catanauan town.