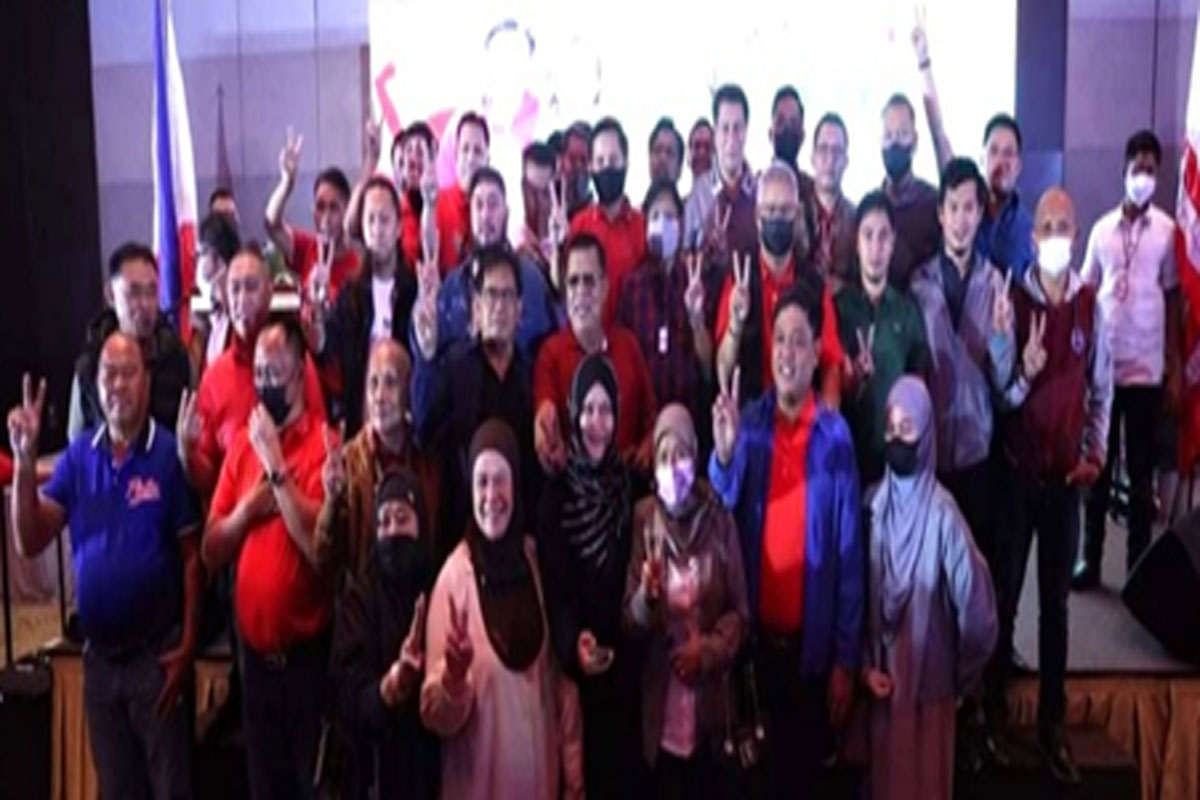 WITH barely 16 days left before the fast-approaching May 9 elections, local chief executives, including governors, mayors and traditional leaders of Bangsamoro Autonomous Region in Muslim Mindanao (BARMM), have assured presidential and vice presidential front-runners Ferdinand ‘Bongbong’ Marcos Jr. and Sara Duterte of landslide victory in their region even as they also vowed to protect the UniTeam tandem’s votes.

In a simple program Friday night at the Manila Hotel, the local officials of BARMM also signed an oath of commitment to show their full support for Marcos and Duterte.

With their command votes, the local officials assured that majority of the almost two million voting population of BARMM will give the landslide victory to Marcos and Duterte in Mindanao.

“We commit to protect the will of the people and safeguard the victory of Ferdinand ‘Bongbong’ Marcos Jr., and Mayor Inday Sara Duterte as president and vice president of the Republic of the Philippines,” it added.

Present during the ceremony were governors from Maguindanao, Sulu, Lanao del Sur, Tawi-Tawi and their mayors and traditional leaders.

Also present were local officials from Basilan and Cotabato.

For his part, Sulu Gov. Abdusakur Tan assured Marcos of more than 80 percent of the 420,000 voters in the province.

The local chief executives also assured Marcos that they will protect the votes of Marcos in their respective provinces.

Marcos thanked the officials of BARMM as he assured them that all the priority programs of his government will be inclusive and will give preference to Mindanao.

“It is important to show that the idea of ‘pagkakaisa’ the idea of ‘unity’ is not only a campaign slogan, it is a cause, it is something that we truly believe. And with your acts, with your actions tonight in coming together, yourselves, in coming together with the UniTeam is a big manifestation that we have the right message that this unity is in fact what we need in this time of crisis, in this time of difficulty that the Philippines is going through,” said Marcos in his speech.

“Thank you again for your support, but I am also, as for all of you, kung maipanalo natin ito kailangan ko ng tulong ninyong lahat. I need the help, I need your wisdom, I need your advice and because of that you can rest assure that you will always have an ear who will listen to you. You will always have an open door to which you can go,” he added.