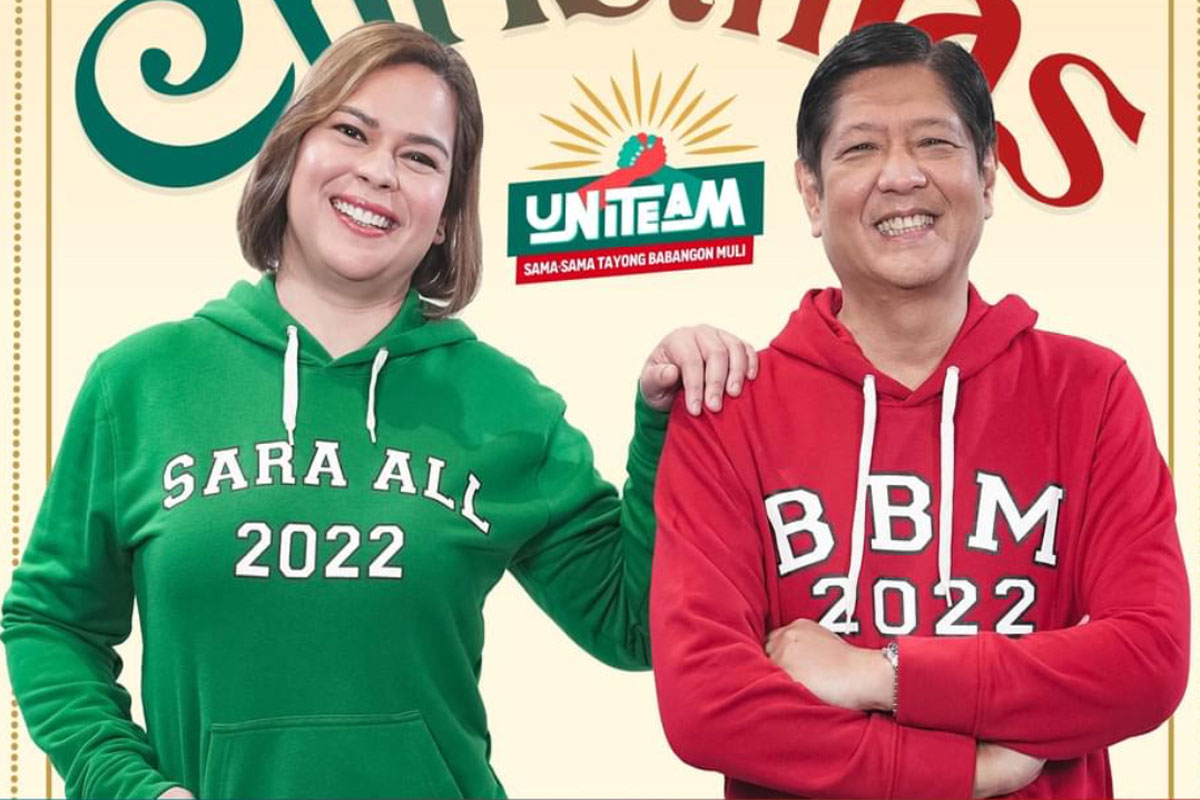 THE BBM-Sara UniTeam headquarters will resume operations on Monday, January 17, 2022, following a two-week closure after many staff and volunteers were tested positive of coronavirus disease-19 (COVID-19).

The resumption of HQ functions, however, will be LIMITED ONLY for staff who were tested NEGATIVE in their RT-PCR tests.

“To avoid further health complications, NO WALK-IN in guests, non-staff and volunteers of parallel groups are allowed for now until further notice,” said BBM Chief of Staff and spokesman Atty. Vic Rodriguez.

In its previous announcement, the UniTeam reported that more than 30 staffers initially tested positive of COVID-19, but this figure would soon grow to 68 when a facility-wide RT-PCR test was conducted.

With the safety of staffers, volunteers, and the public in mind, UniTeam presidential bet Ferdinand ‘Bongbong’ Marcos, Jr. ordered the facility’s lockdown. Staffers and volunteers at that time were still busy preparing and coordinating relief efforts for the areas hit by Super Typhoon Odette.

Also, before the closure, the UniTeam office had already prepared COVID-19-related items such as vitamins, facemasks, face shields, and other medical supplies for distribution to hospitals and medical facilities.

Despite the setback, Rodriguez said that the UniTeam would redouble its effort in sending the relief goods and COVID-19 kits despite the challenges posed by the surge.

Rodriguez also assured the public that a professional cleaning team had thoroughly disinfected the entire headquarters and that staff members who reported for work had negative results in their RT-PCR tests done over the weekend.

“We assure the public that professionals have thoroughly cleaned our offices. A strict health protocol is also in place to ensure that everyone working in the facility is safe,” stressed Rodriguez.

Rodriguez also thanked the well-wishers who posted messages encouraging the UniTeam when the temporary closure of the HQ was announced.

“We also wish to thank everyone who prayed for and posted messages of support to our staffers and the entire UniTeam. It lifted our spirits during that time. Thank you po sa inyong lahat,” he added.

Rodriguez, himself, was among those who tested positive of the virus and has since made a full recovery without any complications.