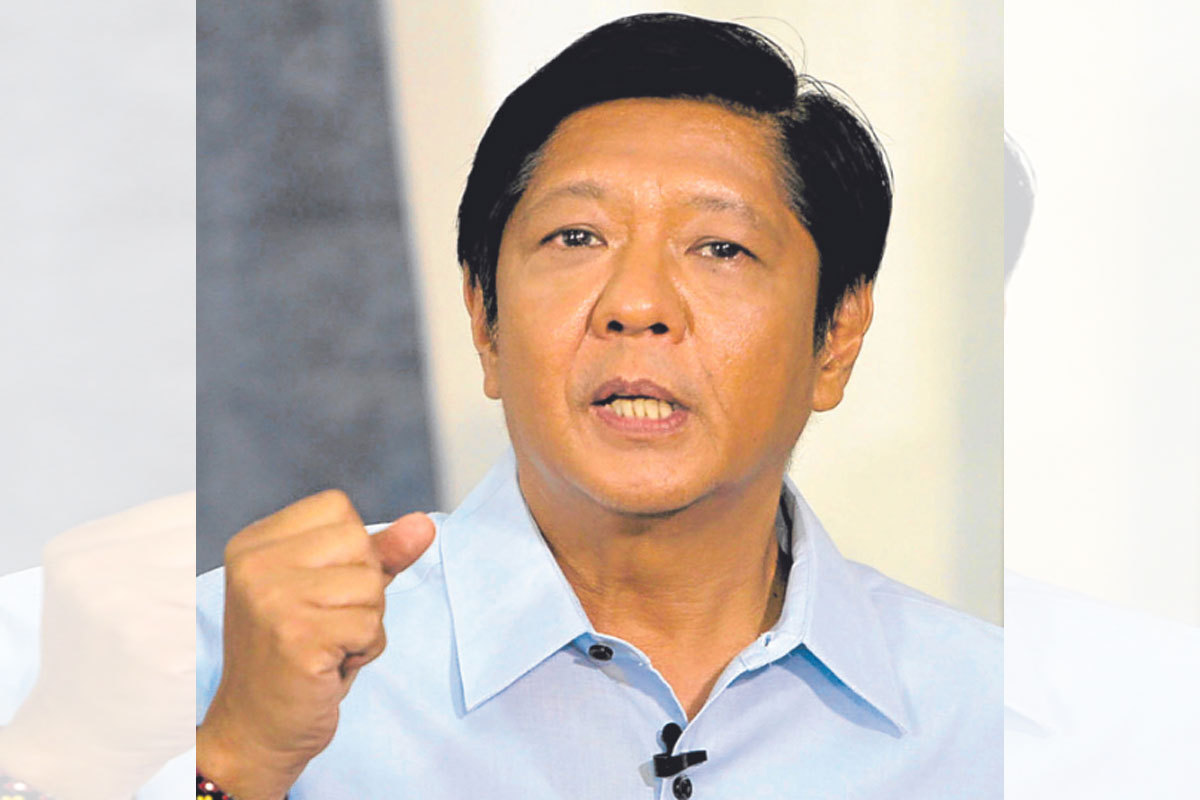 PARTIDO Federal ng Pilipinas (PFP) standard bearer Ferdinand “Bongbong” Marcos Jr., is convinced that going green and harnessing renewable energy sources is one of the most effective ways in solving the problem of perennial high power costs in the country.

Marcos said aside from bringing down the electricity rates, using renewable energy could greatly help in saving the country’s environment and natural resources, and consequently address the problem of climate change and global warming.

In a recent interview, Marcos stressed that it is time to re-examine the various alternative energy sources which he believes will be of great help to the Filipinos if utilized.

He noted that some of the possible sources of renewable energy are sunlight, wind, rain, waves and geothermal heat.

Aside from the high electricity costs that make it very difficult for the people to pay their bills, he said it is also one of the main reasons why many businessmen are afraid to invest in the country.

He, however, noted that what is needed to free the country from high power costs is a committed and dedicated leadership that has the political will to move from the traditional coal and fossil fuel use to renewable forms of energy.

Marcos also said that it would be better if the various industry players and stakeholders in the renewable energy sector could join hands and work together as partners and not as competitors.

Marcos then cited as an example the successful Wind Farm in Ilocos which is currently a huge supplier of energy requirements of the province which also explains why residents are now paying lower electricity bills.

Also, the Wind Farm on the Bangui Bay shoreline of Ilocos Norte is now a top tourist attraction in the province.

Marcos believes that the key to the country’s successful renewable energy shift is through Public Private Partnership (PPP), adding that there should be a thorough study on the matter because its methodology and system are divided into three.

First is the production, transmission and distribution of energy, he said.

Meanwhile, Marcos said the offer of a South Korean firm for the rehabilitation of the Bataan Nuclear Power Plant (BNPP) should also be looked into.

“Lima na ang ginawa nila. I think nag-iisip sila. Nagpaplano sila ng pang-anim and we haven’t heard any problems from the nuclear power plants in Korea so I think we can look at it. Let’s follow the science, let’s not make it political,” he pointed out.