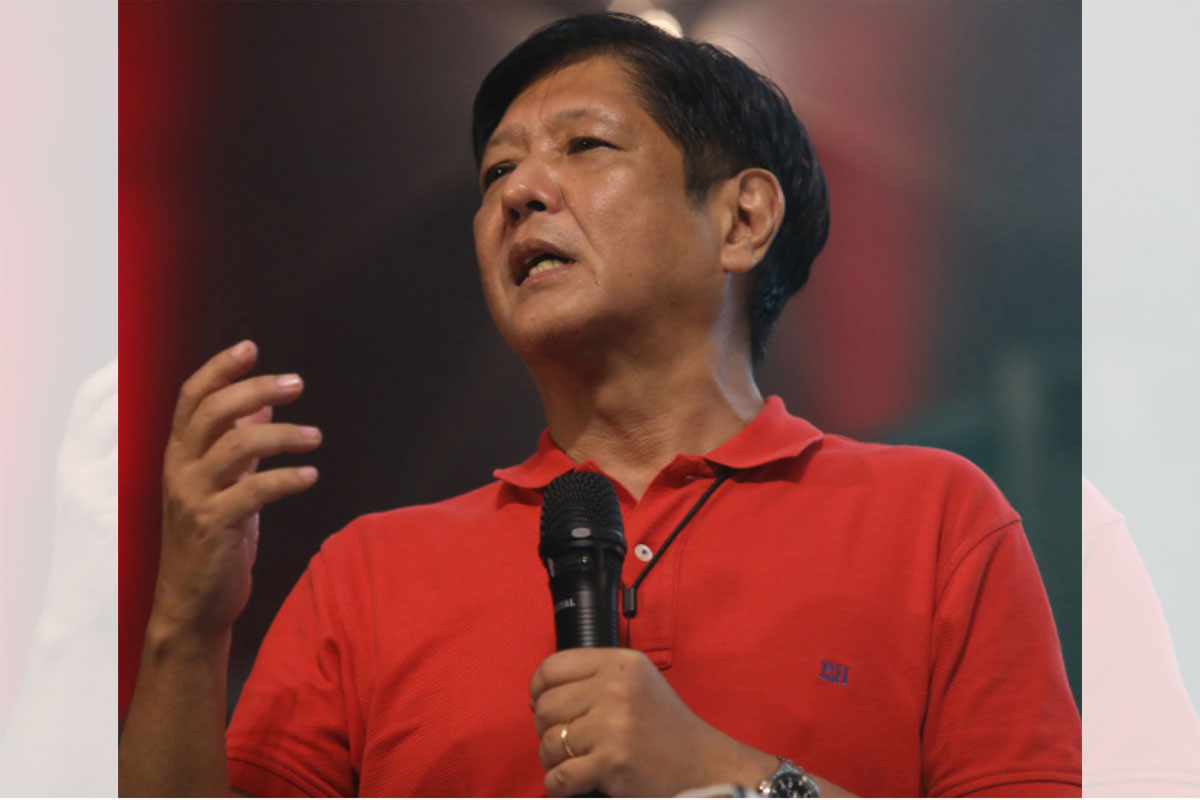 PRESIDENTIAL aspirant Ferdinand ‘Bongbong’ Marcos Jr., on Saturday said he and his running-mate Mayor Inday Sara Duterte will work to make job creation a top priority to hasten the country’s economic recovery from the scourge of Covid19, if ever they are elected in this year’s elections.

In an interview with SMNI, Bongbong elaborated the BBM-Sara UniTeam’s priority is to create more jobs that will focus on business, agriculture, tourism and infrastructures in line with the successful “Build, Build, Build” program of the Duterte administration.

“We must prepare ourselves for that recovery, we have to create jobs. That’s the first and most critical element in all of these, kailangan talaga ‘yung makabalik ang mga Pinoy sa trabaho,” said Bongbong over SMNI’s Point of Order program.

Bongbong explained that among the top priorities is to focus on micro, small and medium-sized enterprises (MSMEs) as they can quickly create jobs for Filipinos and in the process put food on their tables.

“It’s all about jobs, we have to put Filipinos back to work and the way we do it is to invest in sectors na maganda ang return, ‘yung tinatawag na ‘you get the biggest bang for your buck’ when you invest in certain sectors na marami kaagad ang ma-employ,”Bongbong stressed.

Another focus of the BBM-Sara UniTeam is agriculture, which is also a surefire way to provide a lot of jobs and help in the country’s economic recovery.

He, however, qualified that the agriculture programs should not only be focused on giving assistance to farmers, instead long-term solutions are needed to keep the sector strong and ready in the event of another disaster or tragedy.

“We will make more jobs because we are talking not about giving assistance to farmers or giving investment to cooperatives. What we are talking about is ‘yung buong sistema ng agrikultura ay bubuoin ulit natin para lahat ‘yun may downstream activity marami talagang mae-employ ‘yan,” Bongbong stated.

Revitalization of tourism is also one of the ways that BBM-Sara UniTeam sees as a quick way to create more jobs.

Bongbong added that he will also push for the continuation of the successful “Build, Build, Build” program of President Duterte that has created more than six million jobs since its launch in 2016.

“Not only continue the ‘Build, Build, Build’ program of President Duterte but we build upon it and we will make it more extensive but it will be in conformation to a larger plan of economic development,” he added.

Apart from infrastructure, Bongbong also noted that the government must focus on the improvement of communication or digital infrastructure in the country, to make life easier for people, especially for students who rely on online schooling.

In the last quarter of 2021 alone, the unemployment rate in the country rose to 8.9 percent or as many as 4.5 million Filipinos are unemployed which was the highest these past years.