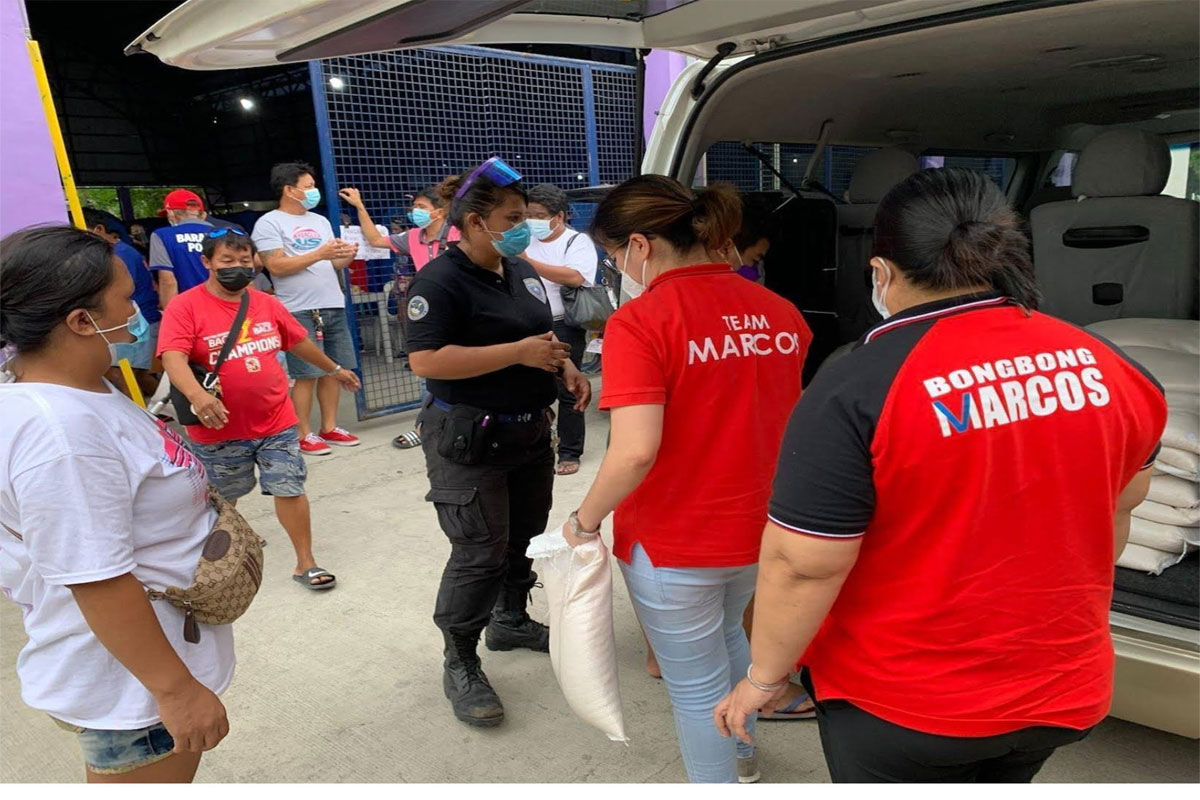 Former lawmaker Ferdinand ‘Bongbong’ Marcos Jr. decided to send assistance to victims of the recent fire in Pateros while politicians are currently busy arguing with each other.
Nation,

TRUE to his promise few weeks ago that his assistance to the public will not end in Batangas, former lawmaker Ferdinand ‘Bongbong’ Marcos Jr. extended help to fire victims in Pateros.

With the help of some friends, Marcos distributed sacks of rice, and other goods to some residents.

On July 12, Marcos also went to a number of towns in Batangas without fanfare since his purpose was to give assistance on the residents directly affected by the relentless movement of TaalVolcano.

Marcos, then extended his assistance to the affected residents by leading the release of some 3,000 sacks of rice, 500 cartoons of surgical mask, 3,000 pairs of sleepers, 4,000 cartoons of vitamins and 500 bottles of coconut water to the residents.

The former lawmaker successfully made the distribution of the goods in coordination with the officials and frontliners of Talisay, Laurel and Agoncillo towns together with several groups from the private sector and Governor DoDo Mandanas’ office, through PPOSD head, Atty. Genaro Cabral.

Marcos decided to send assistance to victims of the recent fire in Pateros while the other incumbent politicians are currently busy arguing with each other now that the filing of the certificate of candidacy (COC) is coming on October 1 to 8.

However, the survey of Pulse Asia last June showed that he is 3rd on the list of possible candidates that Filipino voters will pick as their next President of the Philippines.

DOH admits Delta cases in PH could be higher than reported