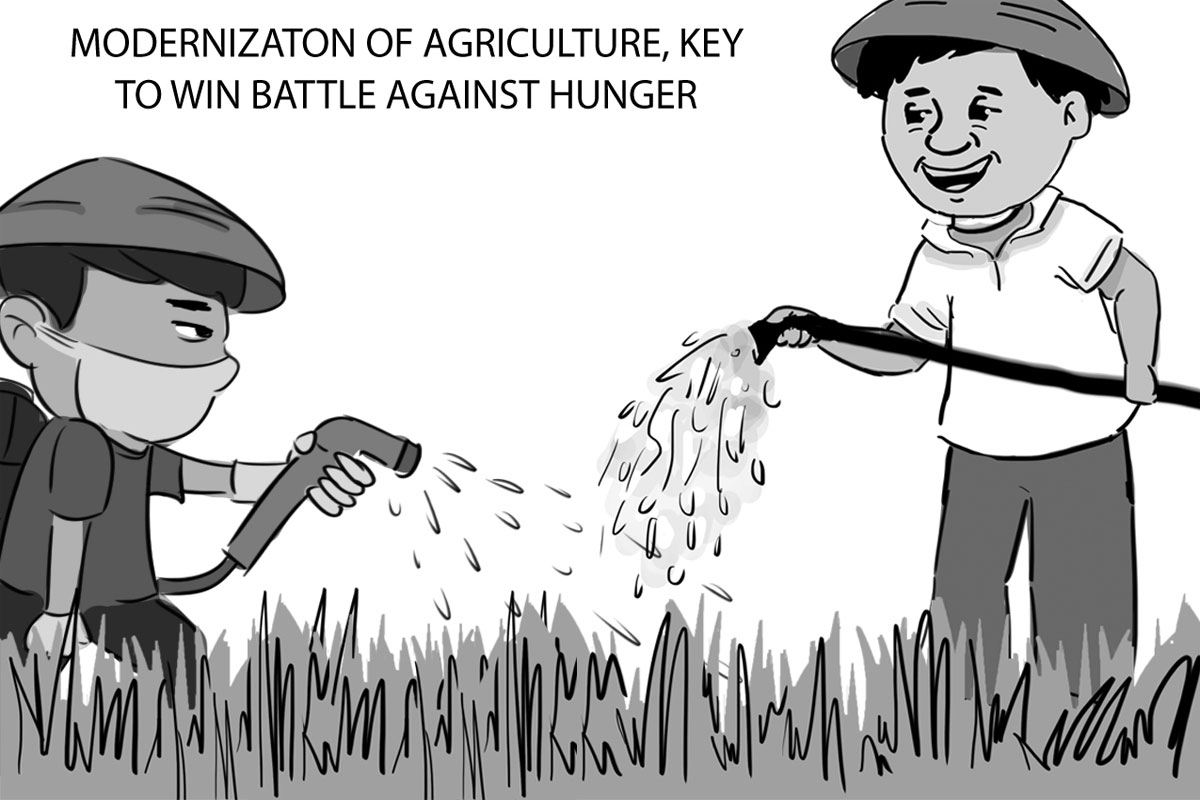 VARIOUS quarters, particularly the poorest of the poor across the country, see that food security will remain to be one of the major priorities of the incoming administration.

The close to 65 million registered voters will troop to the polls on May 9, 2022 to elect the successor of President Rodrigo Duterte and other new national and local government officials.

Under the 1987 Constitution, those elected in next year’s elections, including the new President, Vice President and 12 senators, assume office at 12 noon on June 30, 2022.

Admittedly, impoverished Philippines now has an economy in transition from one based in agriculture to one based more on services and manufacturing.

But hopefully, the successor of Duterte will exert his/her best efforts to modernize agriculture if Filipinos are to win the uphill battle against hunger and extreme poverty.

He/she must have a plan of action on how his/her administration will address the agriculture sector’s concerns on the road to winning the total war against poverty.

As an agriculture country, the Philippines needs to improve food production by modernizing agriculture.

Likewise, the incoming administration ought to encourage rural people to go into farming again and not seek employment in Metropolitan Manila and other urban centers.

It is certainly lamentable that the rural dwellers’ exodus to foreign lands and urban areas continues because of the shortage of employment opportunities in the countryside.

Indeed, modernizing Philippine agriculture is a move in the right direction as the country tries to revive the ailing economy.

Eleazar: Watch out for fake bills

What has happened to cases of cops accused of rape, acts of lasciviousness?

COMELEC overhaul, electoral reforms, should be first priority this time around
May 23, 2022 Paul M. Gutierrez