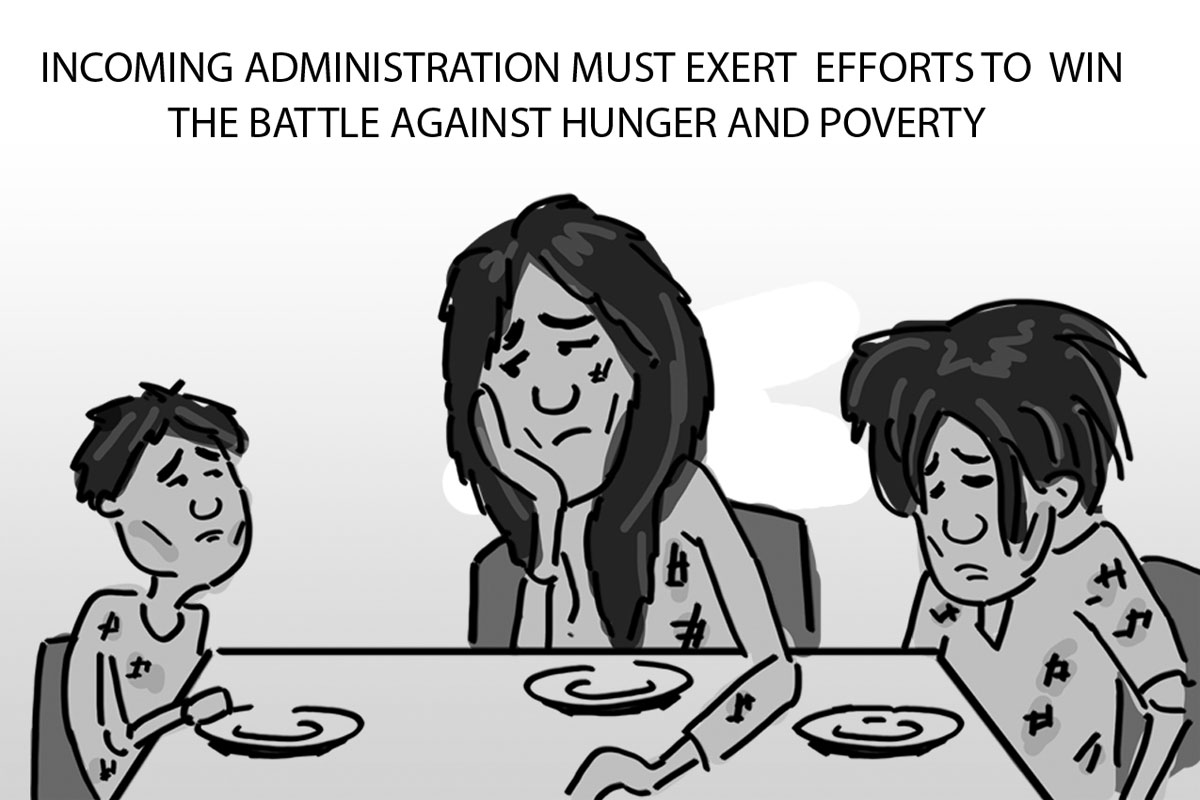 IN a country teeming with poor farmers and fishers, the administration of incoming President Ferdinand “Bongbong” R. Marcos Jr. ought to speed up the modernization of agriculture.

The new government, in the view of many, must exert its best efforts to modernize agriculture to win the battle against hunger and poverty in this nation of more 110 million people.

Majority of the people still live below the so-called “poverty line,” with many of them reeling from food insecurity caused by various factors, like unfavorable weather conditions.

Like our beleaguered farmers, fishermen and other rural dwellers, we believe that food security is to be one of the priority concerns of President Marcos and his trusted lieutenants.

Through the wonders of science and technology, we are hopeful that the government succeeds in improving food production in this impoverished but natural resources-rich country.

Note that during the administration of the late President Ferdinand Edralin Marcos, the Philippines, where the International Rice Research Institute (IRRI) is located, was a major rice exporter.

Today, however, this supposedly bulwark of democracy in this part of the world is one of the world’s major rice importers.