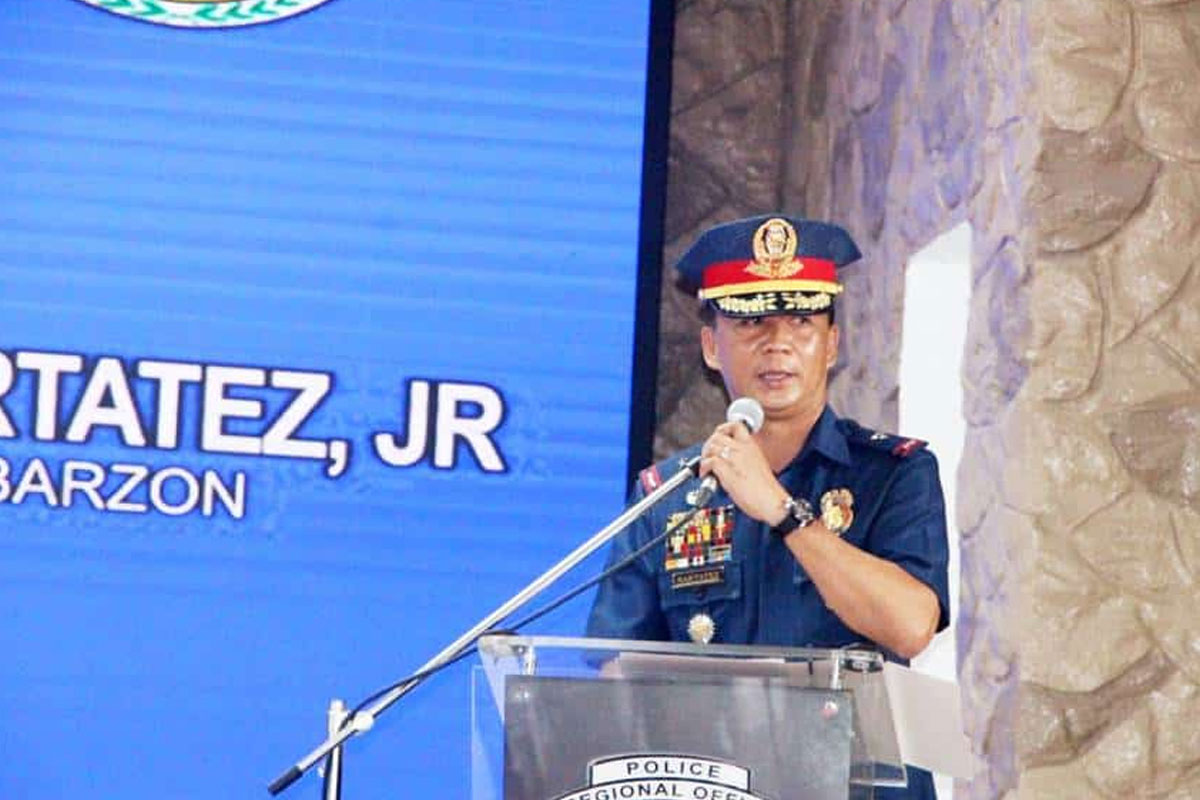 POLICE Regional Office 4-A (PRO 4-A) Director Brigadier General Jose Melencio C. Nartatez Jr. on Friday announced the arrest of one PRO 4-A personnel and his civilian cohort for involvement in robbery-extortion in San Pablo City in Laguna.

The official said that the arrest of the duo was made in line with their intensified effort to identify and put to jail any member of the Calabarzon police force and other PNP units who are involved in illegal activities in the region regardless of their rank and stature.

The cop was found to be assigned to the General Services Office of the Batangas PPO.

The two were arrested by members of the Laguna PPO under Col. Randy Glenn G. Silvio during an entrapment operation in Purok 5, Bgy. Santiago Dos in San Pablo City past 3 p.m. Thursday.

The sting was conducted following a complaint from a businessman, the owner of a coco lumber store in Bgy. Bautista, San Pablo City.

Members of the PRO 4-A Regional Special Operations Unit, the Regional Intelligence Division, the Batangas PPO Provincial Intelligence Unit, and the San Pablo City Police Station assisted the Laguna policemen in arresting the two during the sting.

An investigation showed that the two suspects introduced themselves as “policemen” from Calamba City and Sta. Cruz Municipal Police Station (MPS) in Laguna when they approached the businessman who is engaged in the wood-cutting business in San Pablo City.

The two reportedly demanded a huge amount of money from the complainant in exchange for not arresting him and filing criminal charges for “illegal logging” and “unlawful use of chainsaw.”

Unknown to the suspects, the businessman sought the assistance of the Laguna PPO in arresting them. Recovered from the duo during the sting was the P10,000 worth of marked money given to them by the complainant.

The suspect was stripped of his PNP-issued caliber 9mm semi-automatic pistol and PNP ID card following his arrest.

A silver Toyota Innova van used by the duo in going to the place was also impounded by the Laguna police.

Silvio said that during the investigation, several persons appeared at the San Pablo City police headquarters, where they positively identified the two as the men who extorted money from them in the past using the same modus operandi.

Both were locked up at the San Pablo City police jail after being apprised of their constitutional rights.

The official also ordered Silvio to thoroughly investigate the other complaints against the two so that appropriate charges may also be slapped on them.