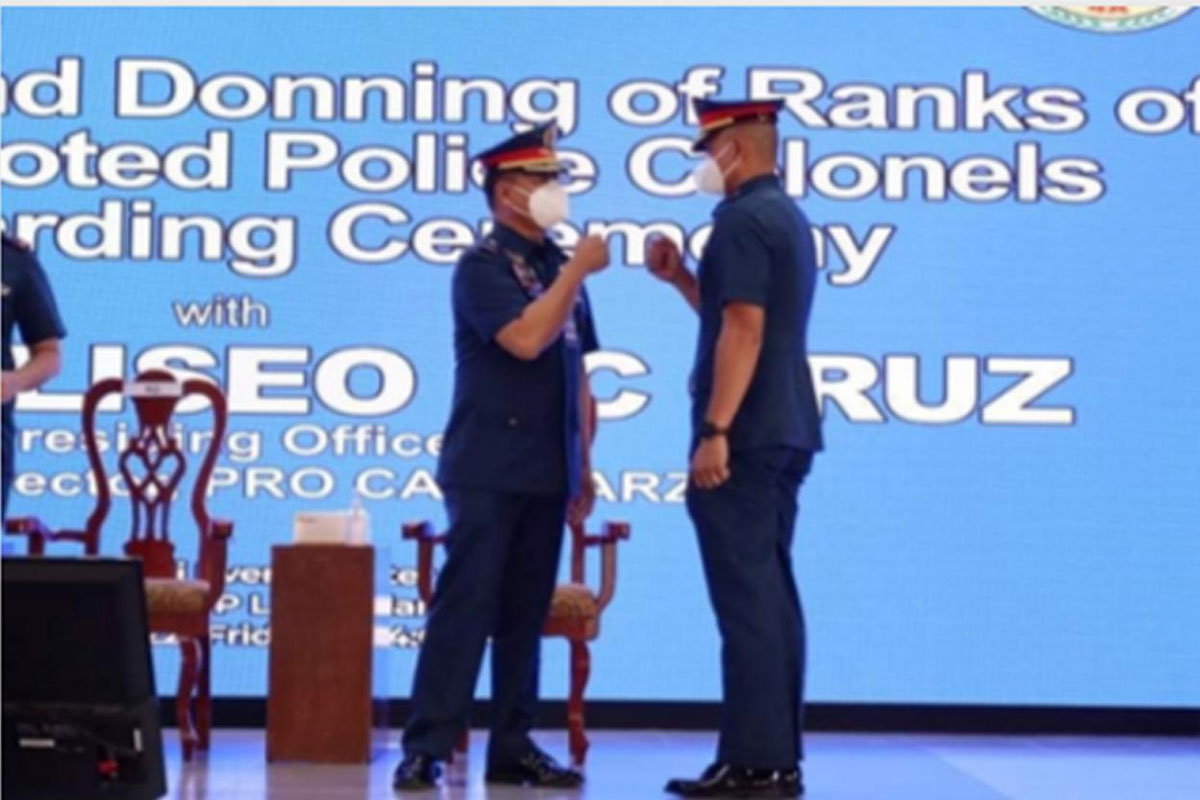 THE oath-taking and donning of ranks of newly promoted police colonels and awarding ceremony were recently held at Camp Vicente Lim in Canlubang, Laguna.

It will be recalled that recently on January 22, the Calaca MPS policemen commanding the Comelec checkpoint in Barangay, Madalunot, Calaca, had an encounter. A suspect named Geohary Mangundaya alias “Geohary”, 21, unemployed, of Datu Ismael, Dasmariñas City, Cavite fired at the police after evading the said checkpoint. The suspect was killed in the encounter and 10 grams of shabu and a .38 caliber handgun were recovered. The Comelec checkpoint started on January 9, 2022, and will remain until June 8, 2022.

Calabarzon Regional Police Office (RPO) Director PBGen. Eliseo DC Cruz thanked and admired the courage and efficiency of the police in the encounter.

Cansilao said “This award raises the morale of our police. It is just proof that everything the Batangas PNP does is valued by the higher headquarters. You can hope that the Batangas Police are ready to keep our province peaceful and orderly.”