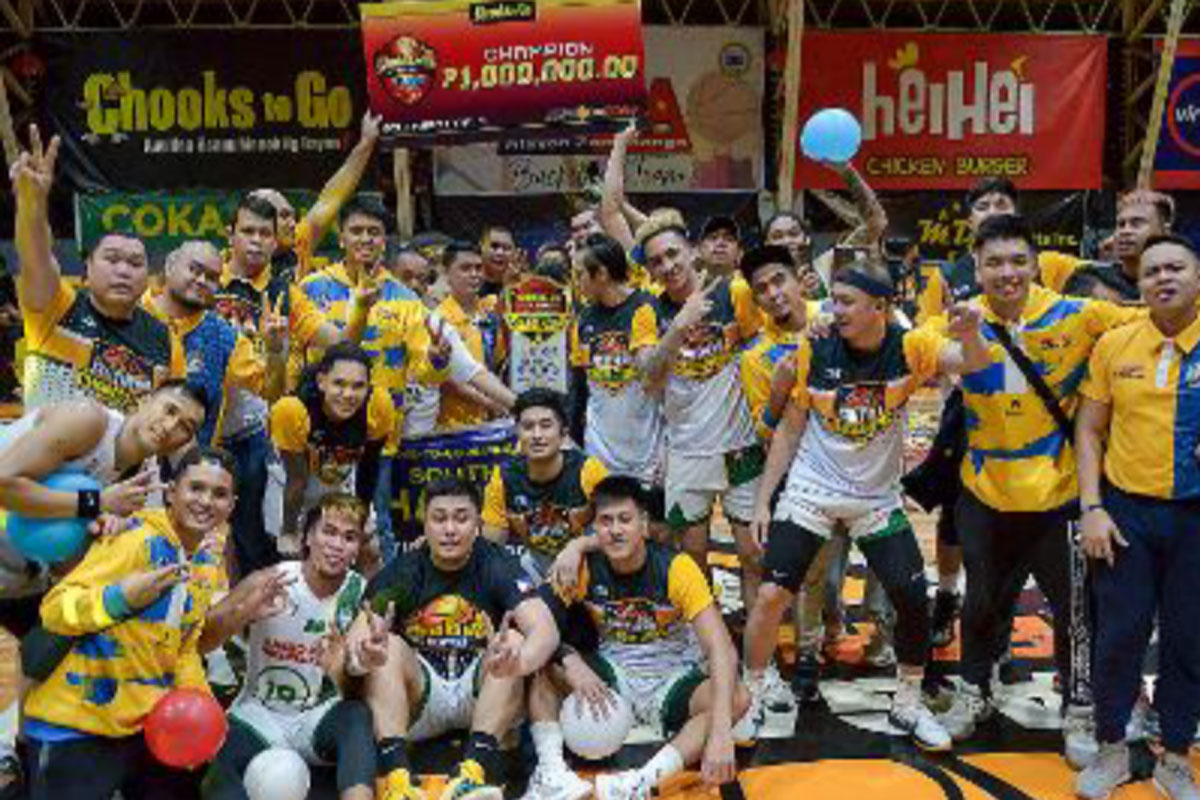 Jumbo Plastic-Basilan bounced back from an “ugly win” yesterday, pulverizing KCS-Mandaue, 83-65, to sweep the 2021 Chooks-to-Go Pilipinas VisMin Super CupSouthern Finals – and the whole season – at the Pagadian City Gymnasium here.

KCS was able to keep in step with Basilan in the opening frame, even leading 23-20 to end the quarter.

But it was an entirely different story come the next period.

Basilan held its rivals scoreless in the last 4:45 of the second canto while continuing to pile the points on the other end to build a 13-point lead at halftime, 43-30.

The Mindanao champs would then open the third quarter on a 15-0 rally to establish a whopping 28-point margin, 58-30.

Shaq Imperial’s triple at the 5-minute mark of the third quarter broke the silence for Mandaue, which lasted for nine minutes and 45 seconds without scoring a point.

KCS opened the fourth period with 10 unanswered points to inch within 14, 52-66, but they would just trade baskets with Basilan until the end, unable to break the double-digit barrier.

Collado led the champions with 15 points and four rebounds while Michael Juico added 14 points, seven rebounds, four assists, and two steals while Mabulac was a beast in the paint with 13 points and 14 rebounds.

Both Mabulac and Collado were named the co-Finals Most Valuable Players as well.

Juico was unable to finish the game after being ejected at the 2:26 mark of the fourth because of two technical fouls for trash talking.

Gileant Delator paced the Visayas kings with 14 points and five steals. Monic Soliva got 13 points while Steve Castro chipped in 10.

Rhaffy Octobre, who had 27 points yesterday, was limited to just two points in 13 minutes of action, dealing with foul trouble throughout the game.

Besides the honor of being the first-ever Southern champions, Basilan will also bag P1-million courtesy of Chooks-to-Go and the league which is on top of the P500,000 it won in the Mindanao Leg.