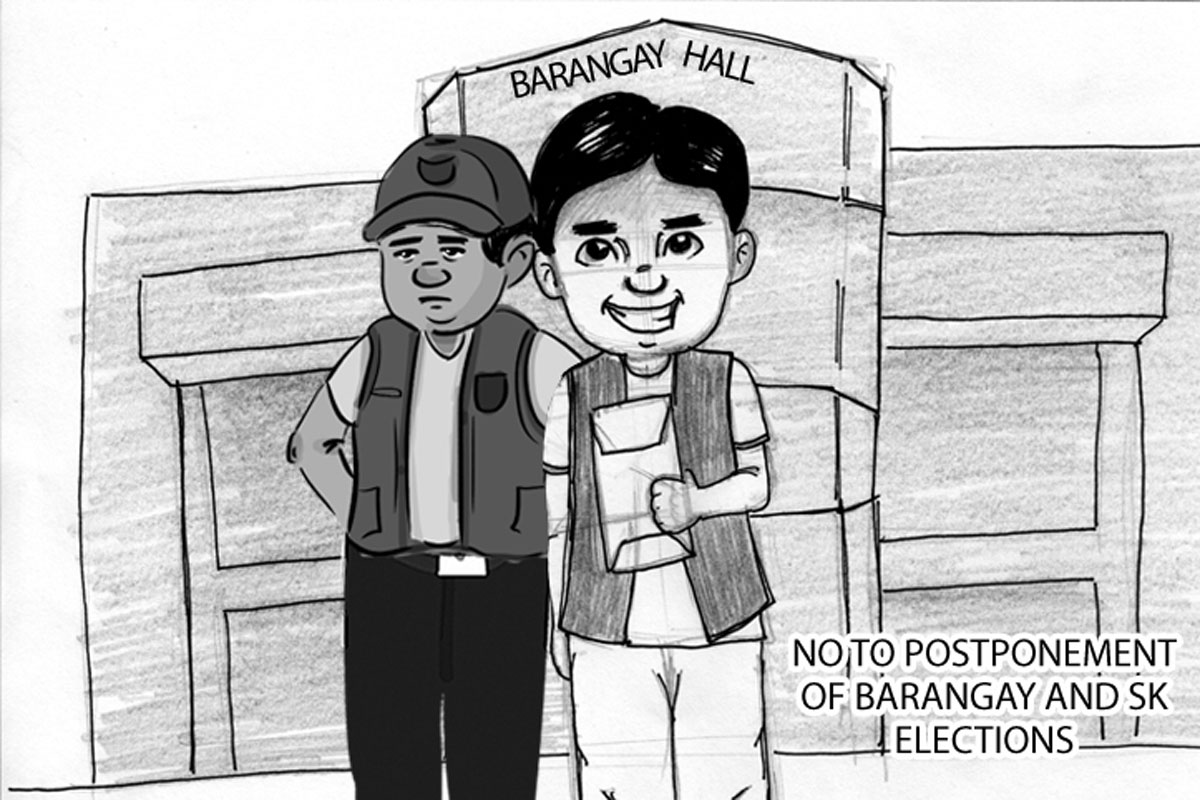 SEVEN months after the May 9 elections, the nation’s registered voters go to the polls anew on December 5 to elect new barangay and Sangguniang Kabataan (SK) officials.

But unlike our regular national and local polls, the barangay /SK election is non-partisan, meaning it is “off-limits” to the country’s politicians and political parties.

Village and SK officials cannot campaign or endorse the candidacy of any person. More so, they cannot use the resources of the barangays for political activities.

The people, including the ordinary citizens, called on the politicians to stop using our barangay and youth officials to score “pogi” points or further their political agenda.

Note that there are moves to postpone anew the forthcoming village and SK elections.

In fact, a proposed legislation seeking to extend the term of office of barangay and youth officials is awaiting consideration in the House of Representatives.

However, the bill has drawn the ire of various quarters, pointing out that Congress members should not stop the people from ridding our barangays of “rotten eggs.”

So, let’s go ahead with the scheduled village and SK elections on Decemeber 5.

And we share the view of many that there’s a need to maintain the non-partisan nature of our barangays. Village and youth officials must shun partisan politics at all costs.