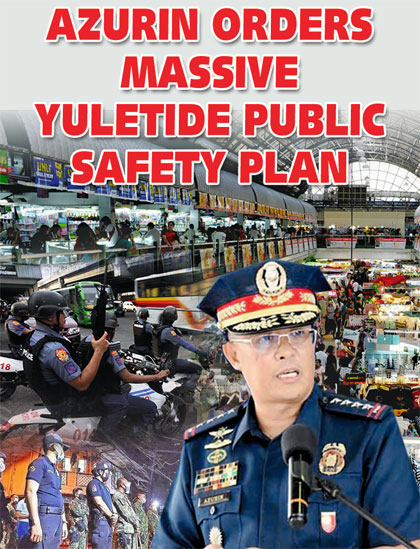 PHILIPPINE National Police (PNP) chief, General Rodolfo S. Azurin Jr. has assured the public of maximum police visibility in the streets as they finetune their security preparations in the forthcoming Yuletide Season to ensure the safety and protection of all Filipinos 24/7.

The top cop ordered the fielding of additional uniformed and plainclothes officers to keep peace and arrest the presence of gangs involved in crimes including drug trafficking, robbery, theft, mugging, swindling and street wars and other violence.

He also instructed his 17 police regional offices to maximize their visibility in all places of public engagement and convergence specifically shopping malls, markets, public transport terminals, schools and university areas and churches to protect the citizenry specifically during the start of the traditional nine-day Misa de Gallo this coming December 16.

PNP Public Information Office chief, Colonel Redrico A. Maranan said that on orders of Gen. Azurin, they will deploy 85 percent of their personnel on the field. The PNP will go on full alert a week before Christmas so that all available police officers will be on duty, he added.

Gen. Azurin earlier instructed the PNP Directorate for Operations headed by Brigadier Gen. Emmanuel B. Peralta to re-evaluate and fine-tune all operational plans and implementing guidelines for law enforcement and public safety operations by their units during the holiday season.

The plans are all under their Major Events Security framework and in consideration of other upcoming public activities and national events happening in the same period, he explained.

“The traditional observance of the holiday season is one annual national event that Filipinos look forward to with great anticipation and enthusiasm as it coincides with the harvest season in the agricultural sector, year-end incentive payout for workers, academic break for students, and the religious observance of the Christmas,” Gen. Azurin said.

The Philippines is known for having the world’s longest and merriest yuletide holiday that officially starts on the 3rd week of December with the 9-day Misa de Gallo Novena dawn masses ushering Christmas Day, and extends until New Years’ Day and culminating on the Feast of the Three Kings in the first Sunday of January.

Gen. Azurin said that since this national event is characterized by merriment, abundance, and high consumer spending under a festive atmosphere, the objects of crime abound as opportunities for criminal elements to take advantage.

To prevent this, the top cop said that part of their strategy is to saturate the communities with reassuring police presence as a deterrent to crime and target hardening of soft spots and vulnerable environments where crime is likely to be committed.

“In the coming weeks, we expect to make some adjustments in deployment, probably including enhanced and extended nightshift duties, more foot and mobile patrols, and preventive crackdown against criminal elements,” the PNP chief said.

Officers from the Camp Crame-based Reactionary Standby Support Force were also sent to reinforce the NCRPO in securing the metropolis during the forthcoming series of holidays.

Gen. Azurin said the additional personnel will supplement police presence in places of huge convergence including public transport terminals, malls, markets, schools and churches in the metropolis which are now being guarded by the NCRPO.

“This is also part of our preparation for the upcoming All Saint’s and All Soul’s Day holidays. Tulong-tulong tayo sa pagbabantay sa seguridad ng mga matataong lugar. They will serve to complement in the implementation of the security measures until the last quarter of the year,” the PNP chief said.

Gen. Azurin cited the need to monitor the movement of people in public places especially in the days ahead when the country transitions to the holiday season.

“We have eased the protocols compared to the previous years, so there is higher demand for security protocol to be in placed to make sure that the general public will not be complacent against possible crime incidents,” he said.

Brig. Gen. Estomo said the presence of 240 RSSF personnel will help support the necessary number of policemen tasked to cover so-called ‘crime-prone areas’ in the metropolis under his S.A.F.E. NCR program.

“I greatly appreciate the support of our Chief PNP, PGen Rodolfo Azurin, Jr. in sending augmentation personnel to support our campaign tagged as S.A.F.E. NCR which aims among others to boost police presence through invigorated foot, mobile, and motorcycle patrol,” the NCRPO chief said.

The reinforcement battalion was officially received by the NCRPO amid their ongoing effort to ensure the safety of the public including tourists expected to visit entertainment areas in the southern part of the metropolis which are under the watch of the Southern Police District.

Gen. Azurin has put premium on genuine police visibility in the streets amid his program to ensure the delivery of immediate police response should it be needed by the community and further deter criminal elements from preying on their targets in the absence of the police.

During the yuletide season, the PNP will be using the same security template they used during the recent observance of All Saints’ Day and All Souls’ Day which were described by the top cop as generally peaceful and orderly.

The PNP Command Center in Camp Crame will be a beehive of monitoring activities during the forthcoming Christmas period leading to the New Year holidays. Officers manning the PCC are tasked to monitor all law enforcement and public safety operations by PNP units across the country particularly the situation in churches and other places of major convergence during the traditional Misa de Gallo. 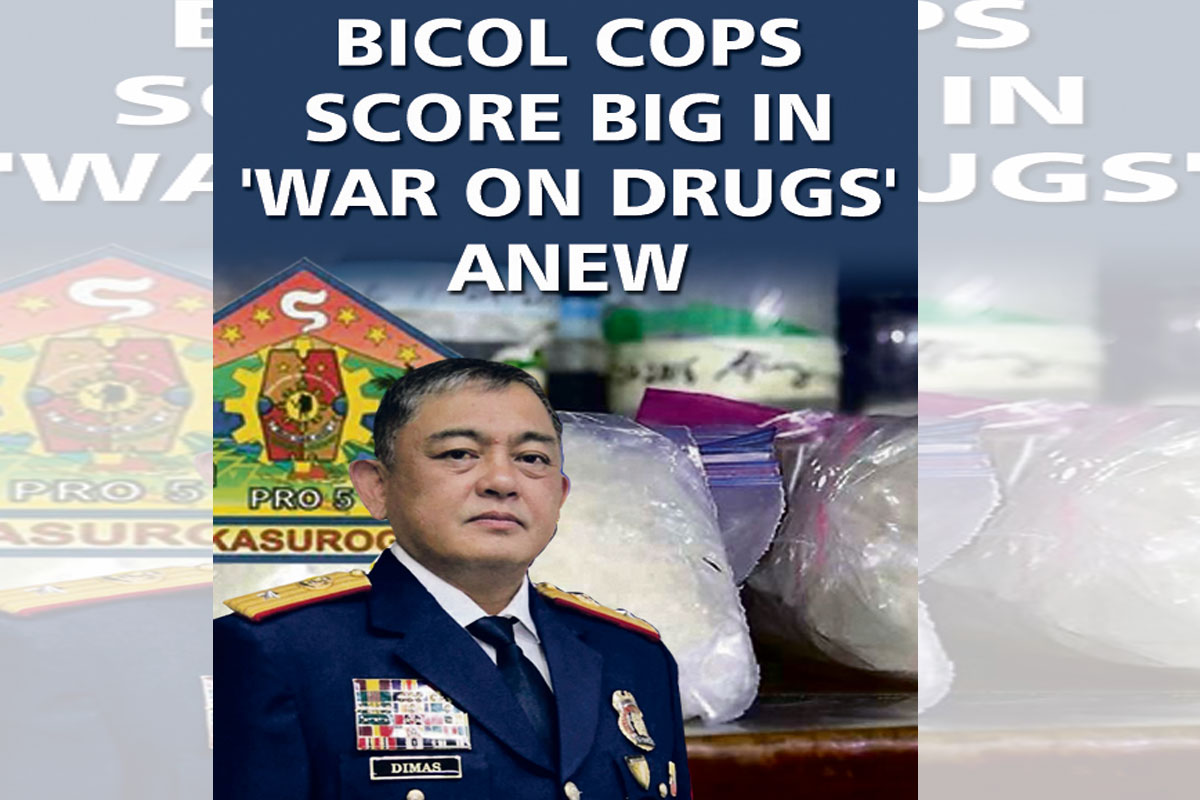