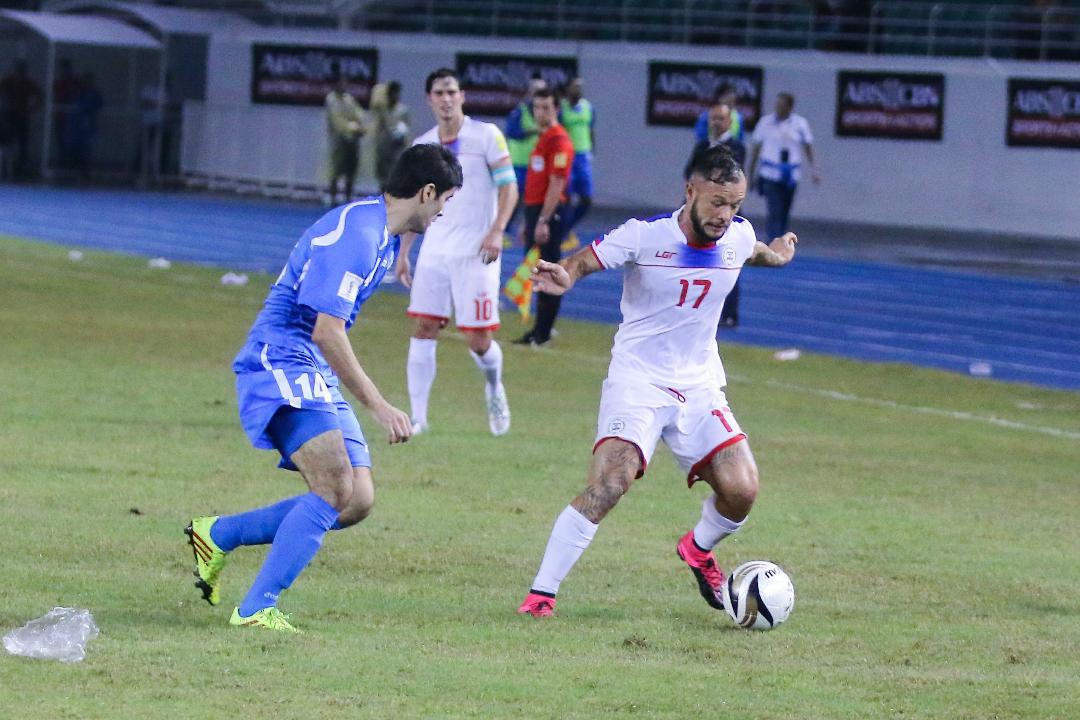 Azkals to pitch camp in Doha for two qualifiers

VETERANS Stephan Schrock and Neil Etheridge will banner the Philippine Azkals’ 25-man squad called up for the Doha, Qatar training camp in preparation for the resumption of the joint FIFA World Cup and AFC Asian Cup qualifiers next month in Suzhou, China.

The Azkals will hold camp starting today until May 31, before flying to China for their three remaining group stage matches.

“Stephan Schrock and Etheridge are the core of this team in terms of the commitment and the things they do to talk to other players,” said national coach Scott Cooper in a statement Thursday night.

The Philippines currently sits in third place with seven points in Group A of the qualifiers, which was shelved last year due to the COVID-19 pandemic.

Syria occupies the top of the table with 15 points, while China is level with the Azkals in terms of points, but the Chinese claim second due to a superior goal difference.

After facing Guam on June 3, the Philippines will take on China on June 9 before wrapping up its group stage campaign against the Maldives on June 15.

The Manila-based players left for Doha yesterday morning, while the rest of the squad are arriving on different flights from Thailand, Germany, Malaysia and the United States, among others, in the succeeding days.

Although they are still completing requirements for their registration, Gerrit Holtmann, Jesper Nyholm, Raphael Obermair, and Lloyd Fagerlie have also received call ups.

Naturalization candidate Bienve Marañon and Jesse Curran were not selected by Cooper as both players were not able to process their documents in time for the trip.

Cooper, however, expects that Marañon and Curran to be part of the team in the future.

The Azkals last played on Nov. 19, 2019, absorbing a 0-1 loss to the Syrians at the Maktoum Bin Rashid Al Maktoum Stadium in Dubai.

Meanwhile, with the COVID-19 restrictions in the country, reigning Philippines Football League champion United City FC has decided to set up its training camp in Dubai in preparation for the AFC Champions League in Tashkent, Uzbekistan next month, the club announced Thursday night.

UCFC is in tough Group I, which also includes reigning J.League champion Kawasaki Frontale of Japan, last season’s quarterfinalist Beijing FC of China and the winner of the playoff match between Daegu FC of South Korea and Chiangrai United of Thailand.