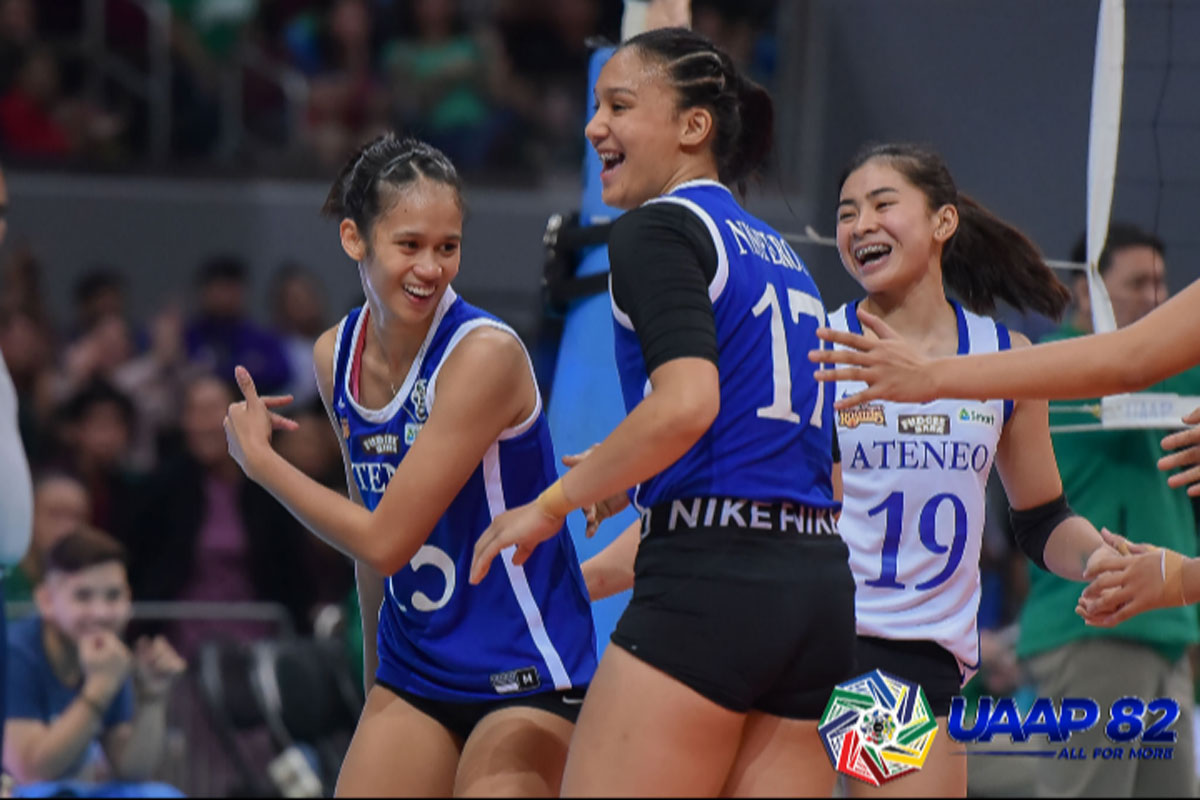 JHO Maraguinot (left) won’t be around anymore but Faith Nisperos and Roma Mae Doromal will be around to help Ateneo extend its women’s volleyball reign in the UAAP beginning May 5. UAAP photo
Volleyball,

ATENEO, the most recent UAAP women’s volleyball champions, takes on fabled rival La Salle to highlight a four-game opening day fixture on Thursday at the Mall of Asia Arena.

The Lady Eagles and the Lady Spikers, who actually cross paths in the first weekend of Season 82 days before the tournament was shelved in March 2020 due to the COVID-19 pandemic, take the floor at 4 p.m.

The rematch of the Season 81 championship between the Lady Eagles and the Tigresses will be played on May 19 at 4 p.m.

Ateneo outlasted UST in three games to annex its third title in 2019 – the league’s most recent women’s volleyball championship – where most of the prominent figures in the best-of-three series have already graduated.

Anothee marquee first round match worth-watching is the May 10 showdown between the upstarts Lady Spikers and the Lady Bulldogs at 4 p.m.

The Lady Spikers and the Tigresses renew their fierce women’s volleyball rivalry on May 12 at 6 p.m.

The men’s basketball semifinals – either in the Final Four or step-ladder format – and the Finals will now be held every Wednesday, Friday and Sunday at the Mall of Asia Arena. The final day of eliminations is set tomorrow.

PSL champions at Sports On Air