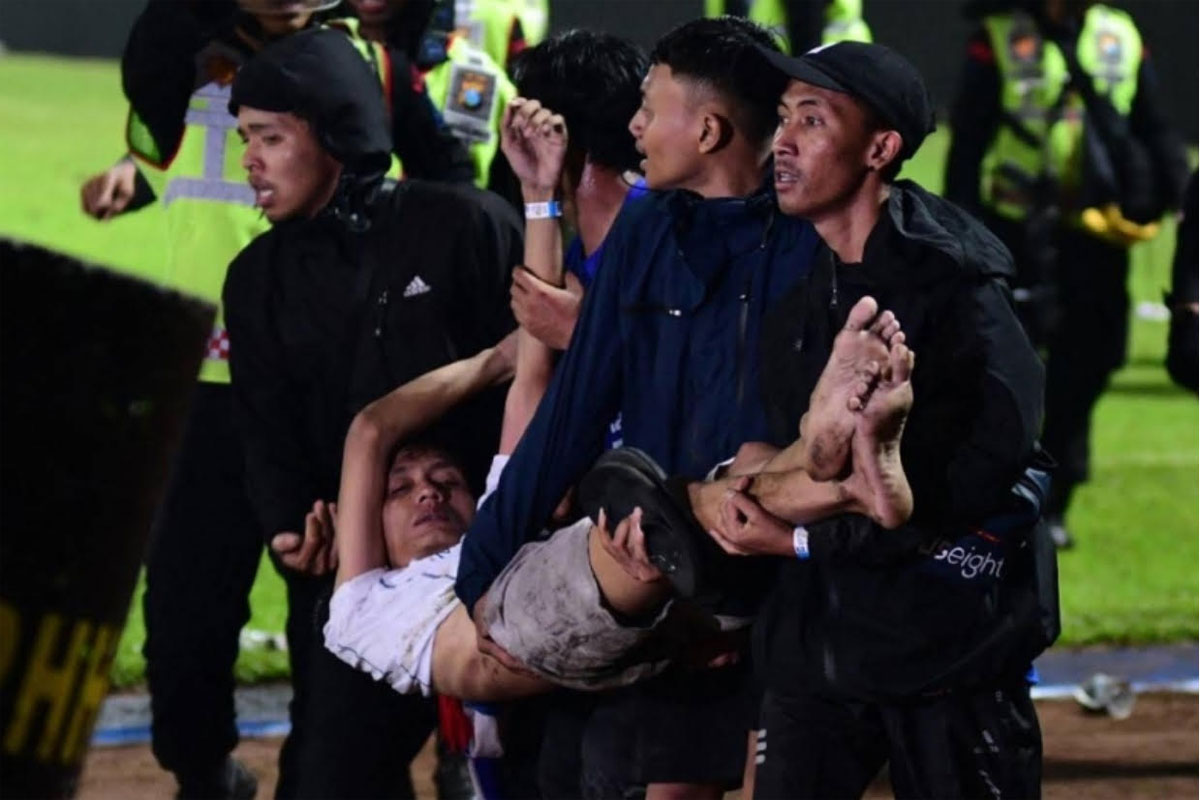 In this picture taken on October 1, 2022, a group of people carry a man at Kanjuruhan stadium in Malang, East Java. At least 127 people died at a football stadium in Indonesia late on October 1 when fans invaded the pitch and police responded with tear gas, triggering a stampede, officials said. AFP
Sports,

MALANG — At least 174 people died at an Indonesian football stadium when thousands of angry home fans invaded the pitch and police responded with tear gas that triggered a stampede, authorities said Sunday.

The tragedy on Saturday night in the city of Malang, which also left 180 injured, was one of the world’s deadliest sporting stadium disasters.

Arema FC supporters at the Kanjuruhan stadium stormed the pitch after their team lost 3-2 to the visiting team and bitter rivals, Persebaya Surabaya.

Police, who described the unrest as “riots”, said they tried to force fans to return to the stands and fired tear gas after two officers were killed.

Many of the victims were trampled or choked to death, according to police.

Survivors described panicking spectators in a packed crowd as tear gas rained down on them.

“Officers fired tear gas, and automatically people were rushing to come out, pushing each other and it caused many victims,” 43-year-old spectator Doni, who declined to give his last name, told AFP.

“Nothing was happening, there was no riot. I don’t know what the issue was, they suddenly fired tear gas. That’s what shocked me, didn’t they think about kids, women?”

President Joko Widodo ordered an investigation into the tragedy, a safety review into all football matches and directed the country’s football association to suspend all matches until “security improvements” were completed.

“I deeply regret this tragedy and I hope this football tragedy will be the last in our country,” Widodo said.

A hospital director told local TV that one of the victims was five years old.

Images taken from inside the stadium during the stampede showed police firing huge amounts of tear gas and people clambering over fences.

People were carrying injured spectators through the chaos.

“It was so terrifying, so shocking,” 22-year-old survivor Sam Gilang, who lost three friends in the crush, told AFP.

“People were pushing each other and… many were trampled on their way to the exit gate. My eyes were burning because of the tear gas. I fortunately managed to climb up the fence and survived,” he said.

Torched vehicles, including a police truck, littered the streets outside the stadium on Sunday morning. Police said 13 vehicles in total were damaged.

The stadium holds 42,000 people and authorities said it was a sell-out. Police said 3,000 people stormed the pitch.

Fan violence is an enduring problem in Indonesia, where deep rivalries have previously turned into deadly confrontations.

Persebaya Surabaya fans were not allowed to buy tickets for the game due to fears of violence.

However Indonesia’s coordinating minister for political, legal and security affairs, Mahfud MD, said organisers ignored the recommendation of authorities to hold the match in the afternoon instead of the evening.

And he said the government had recommended only 38,000 tickets be printed, but there was instead a sell-out crowd of 42,000.

Before Widodo’s announcement, the Football Association of Indonesia (PSSI) apologised to victims’ families and suspended football matches of Indonesia’s top league, BRI Liga 1, for one week.

It also banned Arema FC from hosting home games for the rest of the season.

The association had communicated with FIFA about the stampede and hopes to avoid sanctions from the world football governing body, PSSI secretary general Yunus Yussi told a press conference.

On why police used tear gas inside the stadium, he said they “had to take some measures to anticipate” spectators entering the pitch.

The Asian Football Confederation, the governing body for football in the region, expressed its regret at the loss of lives in the disaster.

Indonesia is to host the Fifa Under-20 World Cup in May at six stadiums across the country. The Kanjuruhan stadium in Malang is not included in that list.

It is also bidding to replace China as host of the 2023 Asian Cup alongside South Korea and Qatar, with a decision due later this month.

Other stadium disasters include a 1989 crush in the stands at Britain’s Hillsborough Stadium, which led to the deaths of 97 Liverpool fans, and the 2012 Port Said stadium tragedy in Egypt where 74 people died in clashes.

In 1964, 320 people were killed and more than 1,000 injured during a stampede at a Peru-Argentina Olympic qualifier at Lima’s National Stadium. AFP

Romualdez to EJ: House behind you 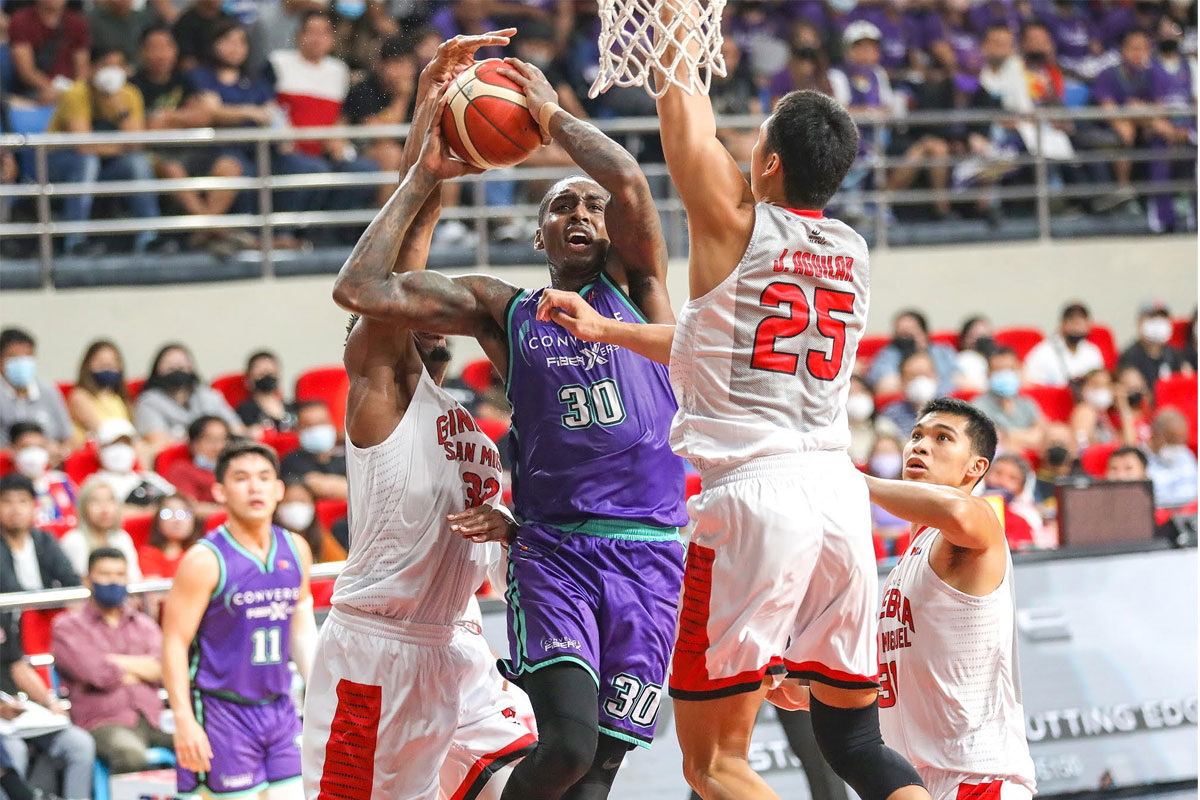