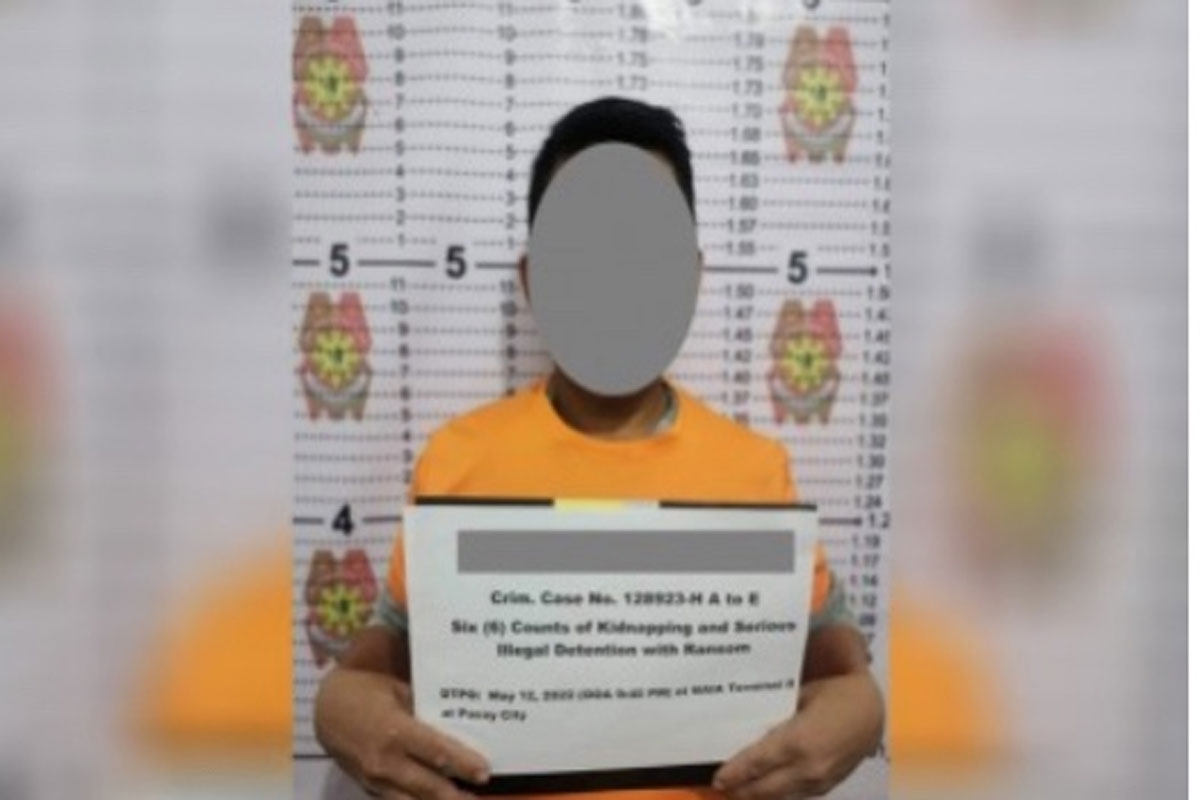 Airola-Adjustable was held up upon arrival for verification at the Office of the Bureau of Immigration (BI) Port Operation Center. During the custodial debriefing, it was revealed that the accused is a Filipino citizen and is using a Malaysian passport as a way to hide his real identity.

According to the records of BI, Omar Bin Harun aka Ariola-Adjustable is listed in the Terrorism Screening Center (TSC) of the Federal Bureau of Investigation (FBI), thus the service of a warrant of arrest has been delayed, needing the lifting of exclusion from the Office of the BI Commissioner.

The SPD requested the Department of Justice (DOJ) through Senior Deputy State Prosecutor Peter Ong, the identification of Airola-Adjustable by one of his victims who is under the custody of the Witness Protection Program.

Macaraeg said the victim-witness positively identified Airola-Adjustable through a photograph and issued a sworn statement that indeed he is one of her abductors when they were with other Jehovah’s Witness in August 2002.

Harun was the fourth member of the ASG under the leadership of Radullan Sahiron arrested by SPD aside from Taupik Galbun alias Pa Wahid, Saik Galbun alias Pa Tanda, and Dumayag Alih alias Abu Cola, who were all arrested in Taguig City in July 2021 and February of this year.

“SPD, in coordination with other law enforcement agencies, is conducting a thorough investigation and intelligence gathering to determine the reason for his (Harun) return to the country considering he is a fugitive wanted by law”, Macaraeg said. Philippine News Agency