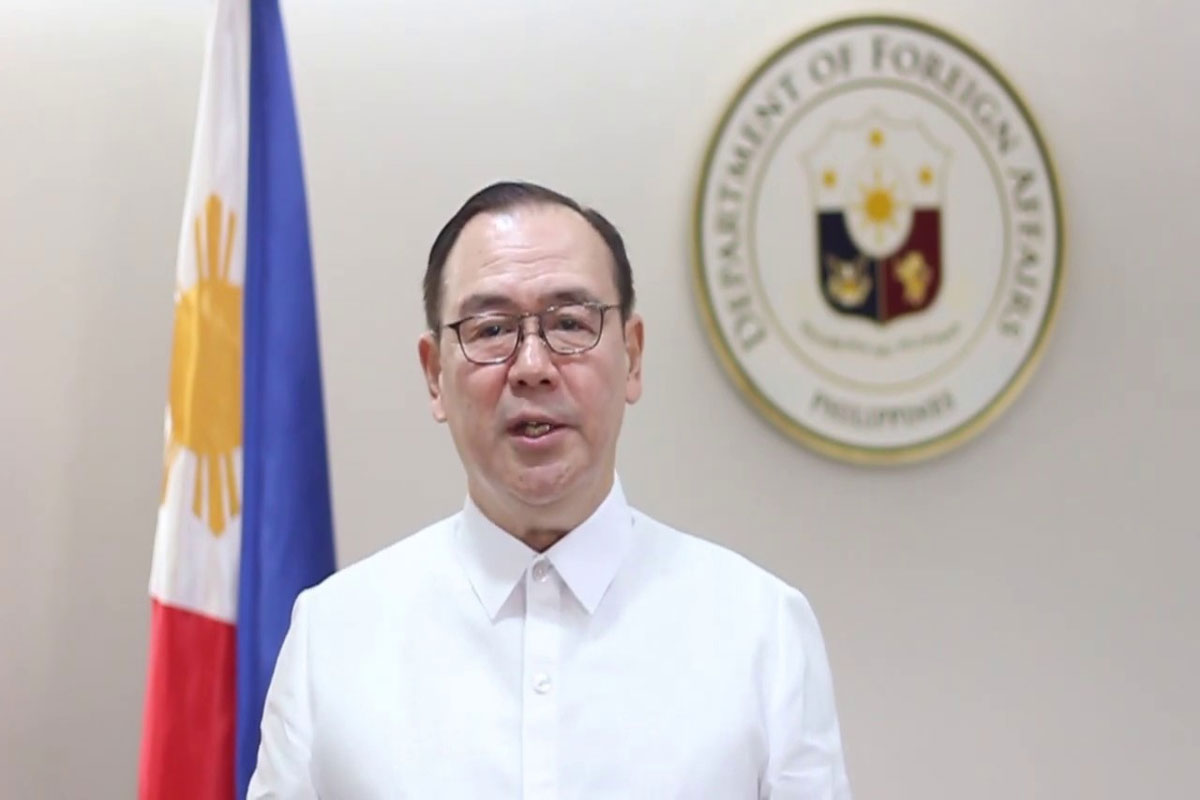 Foreign Affairs Secretary Teodoro Locsin Jr. said the Arbitral Award on the South China Sea (SCS) won by the Philippines is “final” as the country celebrates the fifth anniversary of the international ruling.

The Philippines is proud to have contributed to the international rules-based order, to the affirmation of United Nations on the Law of the Sea (UNCLOS), and the strengthening of the legal order over the seas, he said in a statement posted on the official DFA Facebook account.

Locsin stressed “the Award is final. We firmly reject attempts to undermine it; nay, even erase it from law, history and our collective memories.”

He said: “The Award conclusively settled the status of historic rights and maritime entitlements in the South China Sea. It declared as without legal effect claims that exceed geographic and substantive limits of maritime entitlements under the United Nations Convention on the Law of the Sea.”

“It dashed among others a nine-dash line; and any expectation that possession is 9/10ths of the law. Because the mere fact of possession produces no legal effect, such as a territorial sea of any extent,” he explained.

The award has become and “continues to be a milestone in the corpus of international law”.

It serves as a guidepost for littoral states with similar concerns because it spells out “how much waters their features — be they islands or rocks — can generate, where their fishermen can fish, where they can exercise law enforcement patrols, where they can send their ships without permission from the nearest state, without creating a cause of action or a casus belli between them”.

“It benefits the world across the board. We do not see it as directed at any other country, near or far. We see it as favoring all which are similarly situated by clarifying definitively a legal situation beyond the reach of arms to change. It puts this aspect of international law beyond the limit of prescription,” he said.

He also recalled the pronouncement of President Rodrigo Duterte before the United Nations General Assembly, that the ruling “is now part of international law, beyond compromise and beyond the reach of passing governments to dilute, diminish or abandon.”

Locsin added the country is committed to achieving a peaceful South China Sea “for as long as it exists”.

“The Philippines is committed to this for as long as it exists. For as long as nations abide by the rule of law and not of military might, the Award is the North Star that will keep us on course in the present, and that will point us back to the right direction in the future should we, in a moment of weakness or inaction, lose our way,” he said.

The Philippines won the award on July 12, 2016 over China’s excessive nine-dash line claims.

China however continues to reject the ruling.