Journal News / Mysterties / Ancient Warriors of the Ghostly Kind: Could They Really be With Us? 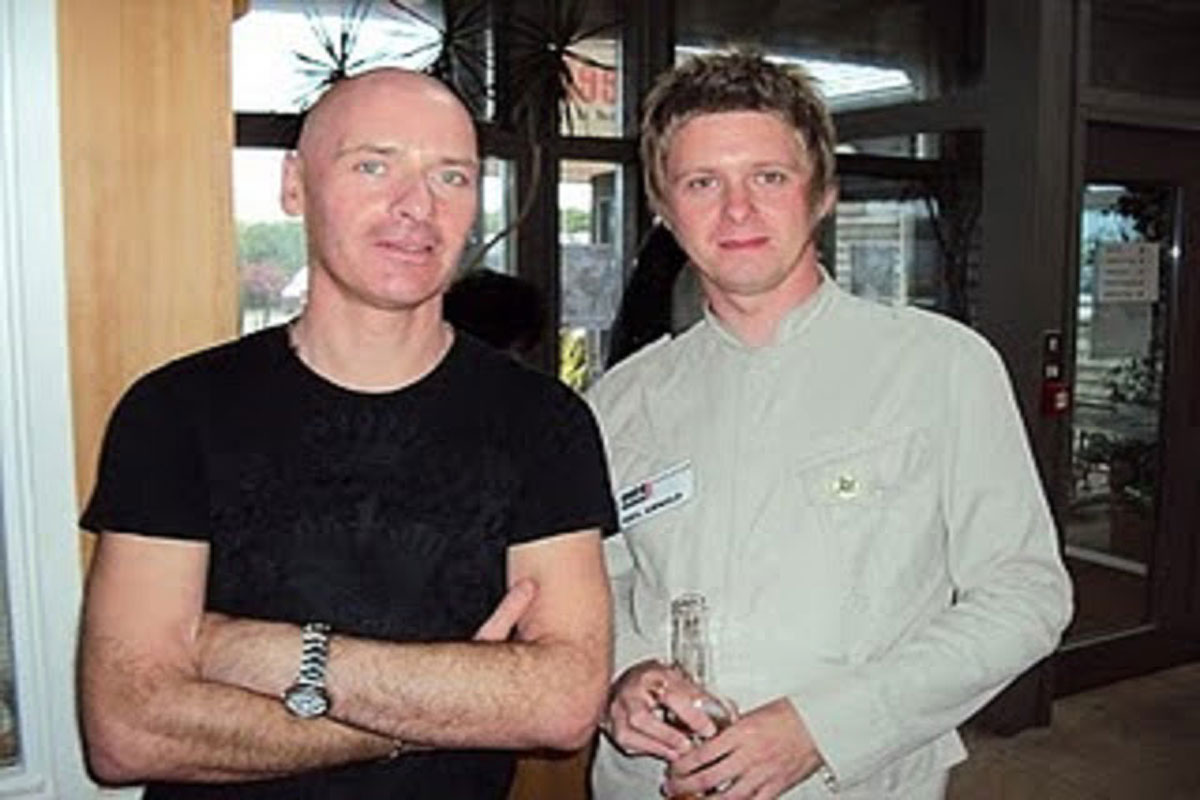 Ghostly, ancient warriors roaming the U.K.? Is such an incredible thing possible? Well, let’s have a look at the available data. The respected authority on prehistory, R.C.C. Clay, had a bizarre encounter while driving at Bottlebrush Down, Dorset, England – an area strewn with old earthworks – during the winter of 1924. The story, however, did not surface until 1956. That was when Clay shared the details with a “ghost hunter” named James Wentworth Day, an unlikeable, racist, homophobe with fascist leanings, who penned such titles as Here are Ghosts and Witches, A Ghost Hunter’s Game Book, In Search of Ghosts and They Walk the Wild Places. The location of the extraordinary event that Clay related to a captivated and enthralled Day was the A3081 road, between the Dorset villages of Cranborne and Sixpenny Handley, on farmland known locally as Bottlebrush Down. It was while Clay was driving home, after spending a day excavating in the area, and as the daylight was giving way to the magical, twilight hours, that he encountered something extraordinary. Maybe even beyond extraordinary.

The story continues: At a point where the new road crossed with an old Roman road a horseman, riding wildly and at high speed on the back of a huge and muscular stallion, seemingly appeared out of nowhere. But there was something wrong about this man, something terribly wrong. In Clay’s very own words to Wentworth Day: “I could see that he was no ordinary horseman, for he had bare legs, and wore a long loose cloak. His horse had a long mane and tail, but I could see neither bridle nor stirrup. His face was turned towards me, but I could not see his features. He seemed to be threatening me with some implement, which he waved in his right hand above his head.” The ancient warrior was quickly gone. Moving on: Possibly of relevance is the story of a noted Devon folklorist and acclaimed writer, Theo Brown. The author of such titles as Devon Ghosts and Family Holidays Around Dartmoor, and someone who had her very own experience with Devon’s notorious Hairy Hands, Brown collected a number of deeply similar stories to those cited by paranormal researcher-author Neil Arnold, including one chilling recollection by a friend of hers who had been walking alone at dusk near the Neolithic earthworks at the top of Lustleigh Cleave, which sits on the extreme east side of Dartmoor, in the Wrey Valley.

Lustleigh Cleave is an extraordinarily strange place at the best of times, and it appears to be one of has spoken about and where an inordinate number of unexplained incidents and anomalous phenomena seem to take place on an amazingly regular basis. Moreover, the remains of prehistoric stone huts can be seen in the direct vicinity, and an ancient burial monument, Datuidoc’s Stone – that is estimated to have originated at some point around 550 to 600 A.D. – still stands to this very day, pretty much as it did all those thousands of years ago. Jon Downes says of the weirdness that dominates Lustleigh Cleave, England: “I have got reports of sightings of a ghostly Tudor hunting party, of mysterious lights in the sky, and even the apparitions of a pair of Roman Centurions at Lustleigh Cleave.” But, adds Jon, getting to the most important aspect of the story: “Theo Brown`s friend saw, clearly, a family of primitive people either naked and covered in hair or wrapped in the shaggy pelts of some wild animal, shambling around the stone circle at the top of the cleave.

“Moving on: anomalies researcher, Neil Arnold, is someone who has done a lot of research into what is known as Kit’s Coty House. It’s an old stone construction located in the ancient county of Kent, England. Arnold, who has spent a lot of time at the stones, described them to me as “a set of Neolithic stones said to be older than Stonehenge,” which jut from a field at Blue Bell Hill. These stones have a lot of folklore attached to them. Some suggest that the stones are used as a calendar, or could be a mark of where a great and bloody battle once took place. Others believe the stones to have once been used for sacrificial means, and there are those who opt for the more fanciful rumour that they were constructed by witches on a dark and stormy night.” Now, to another fascinating account. It, too, comes from Neil Arnold:

“I’ve always wondered what type of manifestation these U.K. ‘wild men’ could be. In the autumn of 2011 a psychic lady who I know as a friend and who I trust – I don’t often have any interests in psychics – accompanied me to Blue Bell Hill, which is a very haunted village in Kent, a few miles short of the town of Maidstone. I knew of several obscure ‘man-beast’ reports in the area which she knew nothing about. I took her to one particular spot, near some ancient stones, hoping she’d pick up a ghostly presence and she said she felt nothing whatsoever, but she did state quite categorically that a few years previous, around 2003 she’d had a bizarre encounter in the area one night.” The story told to Neil continues like this: “She had visited Kit’s Coty House with a group of fellow psychics. Her friends were over on one side of the field which harbours the stones and she was in another area when she noticed someone walking towards her a few hundred yards away. The figure seemed to be striding rather aggressively and was coming from the direction of a thicket which runs alongside the field.” This was no normal human of modern-day standards, however, as Neil’s following words make acutely and abundantly clear:

“The woman, whose name is Corriene, stated that from a distance the figure appeared huge in build and covered in hair and she sensed it was not “real” but gave off an air of malevolence. The figure marched towards her and she could see it had long hair and a beard, covering most of its face. The hulking figure was taller than six feet and appeared to have a loin cloth around its waist and furred boots. No-one else saw this figure, but I was intrigued as I knew that in the past several witnesses had come forward to say they’d seen similar figures in woods within miles of Blue Bell Hill.” It was this encounter that set Neil on a decidedly intriguing train of thought: “I began to wonder if people had seen, from a distance, some type of ghostly primitive man – long hair, bearded, muscular, animal fur around the waist – who, from several hundred yards away, or in ill light, may have looked as if he was covered in hair. Blue Bell Hill and much of Kent is steeped in history – so maybe people were seeing some type of Neolithic hunter. Corriene was intrigued by what I said and then, rather startled, mentioned that on another occasion whilst in the area of the stones she’d seen several of these people who she felt were not aggressive, and although armed with spears were simply guarding the area and stooping low in the bushes, curious as to what they were seeing.

Now, to yet another account: The late Stan Gooch, the author of a number of books, including Creatures from Inner Space and The Paranormal, told of his encounter with nothing less than what seemed to be a Neanderthal man at a séance held at a house in the English city of Coventry in the 1950s! In Gooch’s very own words, during the course of the séance, something both primitive and primeval materialised before the shocked attendees: “This was a crouching ape-like shape, which became clearer as the moments passed. I guess it approximated to most people’s idea of what an ancient cave man would look like. Yet one could not make out too much detail – the eyes were hidden, for example. It stood in half shadow, watching us, breathing heavily as if nervous. I must say, though, that I sensed rather than heard the breathing. I could not decide whether our visitor was wearing the skin of some animal, or whether it had a rough coat of hair of its own.” All attempts to question the man-beast, and have it join the circle, were utterly fruitless, and, eventually, it melted away into nothingness. Nevertheless, Gooch never forgot the experience and later mused upon the notion that what he had seen on that fateful evening was a “classic Neanderthal.” Rather interestingly, Gooch, in later years penned a number of books, including The Neanderthal Question and The Neanderthal Legacy, which theorized that we, as Homo sapiens, are the result of a hybrid mix of Cro-Magnon man and Neanderthal man. And, just maybe, in some strange way, they are still with us. Don’t dismiss the possibility. There’s no doubt our world is a very strange one.

Lizard People: Do They Really Exist? Or is it All Garbage?