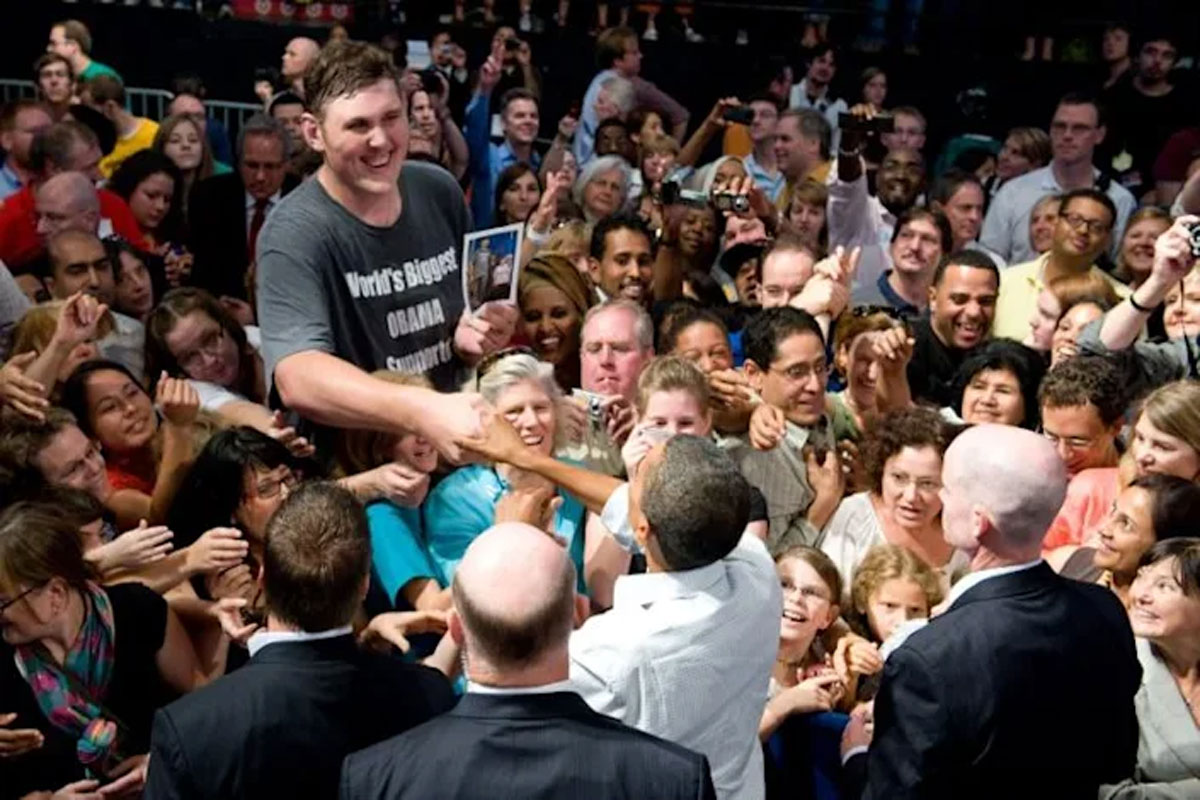 His mother, who said her son died Friday in Minnesota, had brought him from their home in Ukraine in 1989 to get medical treatment at the Mayo Clinic in the northern US state.

Two surgeries saved his life but failed to stop his growth.

In the 2013 edition of the Eurovision song contest, Vovkovinskiy walked on stage cradling Ukraine’s singer, Zlata Ognevich, in his arms. She looked tiny and doll-like.

Vovkovinskiy enjoyed another moment of celebrity in 2009 when then-president Barack Obama noticed him towering above the crowd at a political rally. Vovkovinskiy was wearing a T-shirt that called him the “World’s Biggest Obama Supporter.” He shook hands with the politician.

The tallest man in modern US history was Robert Wadlow, who was 8 feet 9 inches (2.72 meters). He also suffered from a growth hormone disorder, and died in 1940 at the age of 22.

Changing of the Guard back on at Buckingham Palace