Journal News / Mysterties / Aliens, ghosts and secret societies have a lot to say about humanity 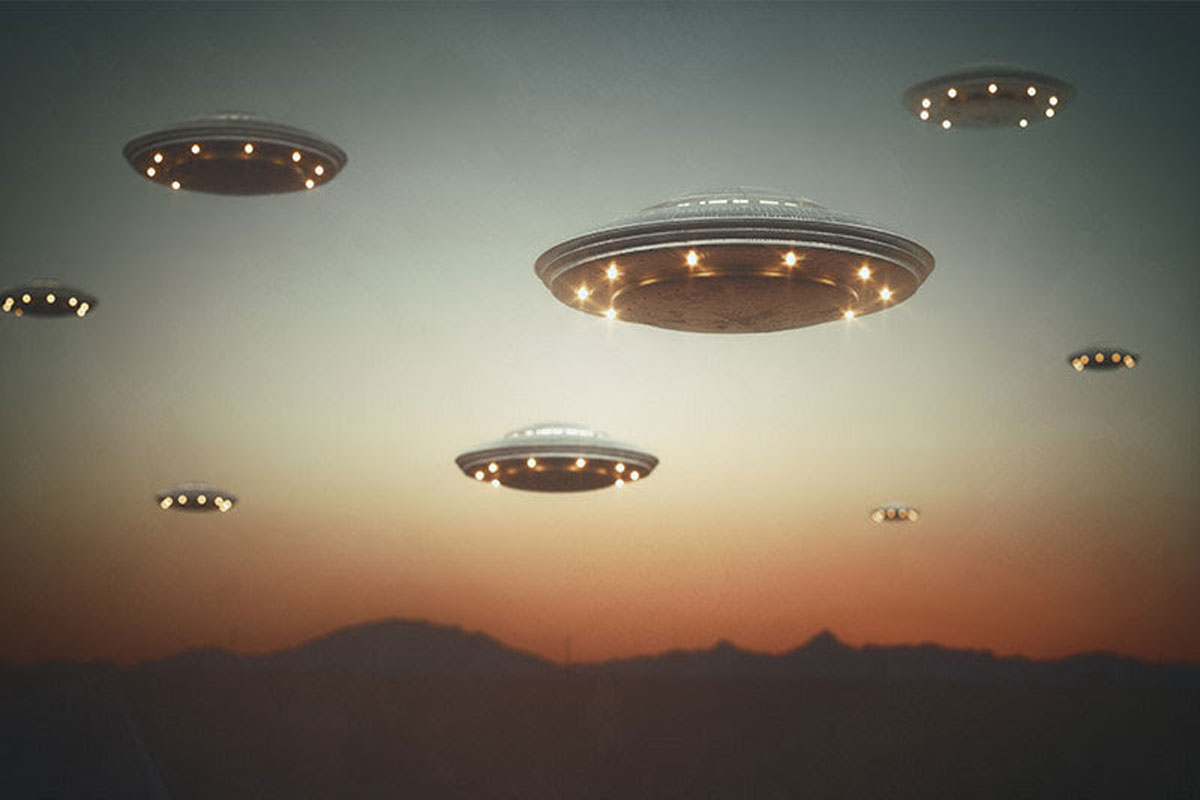 Aliens, ghosts and secret societies have a lot to say about humanity

“We think it’s all weirdos and whackos, but fringe culture has real implications,” says USC Dornsife alumnus Colin Dickey, who explores the paranormal and the occult in his books. [5¾ min read]

Purported visitation by UFOs and aliens, as illustrated in this image, as well as other unexplained experiences can be used to understand larger societal issues, says alumnus Colin Dickey. (Image: iStock.) 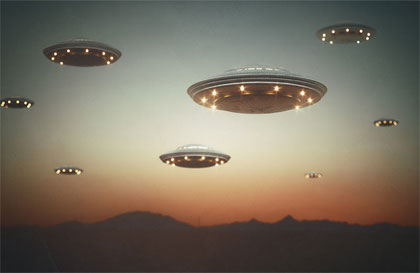 Purported visitation by UFOs and aliens, as illustrated in this image, as well as other unexplained experiences can be used to understand larger societal issues, says alumnus Colin Dickey.

UFO abduction and racial issues appear often to be intertwined.

Unexplained does not equal unreal, as the “Kentucky meat shower” of 1876 demonstrates.

Far from being a recent development, secret societies and conspiracy theories have long been a part of the American political scene.

Colin Dickey’s writing career about the paranormal and the occult began with a macabre discovery he made as he completed his PhD in comparative literature at the USC Dornsife College of Letters, Arts and Sciences. 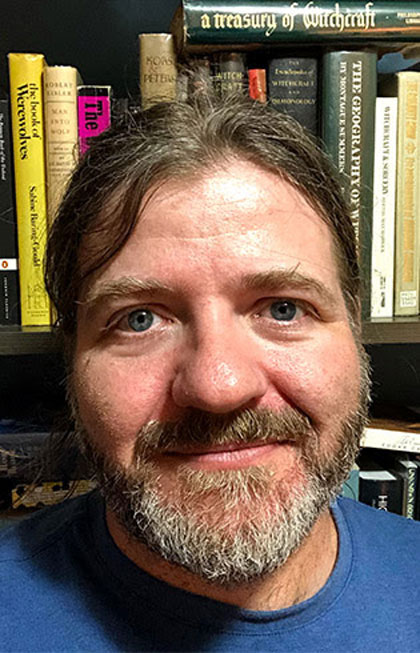 “I was researching for a class I was teaching and stumbled across a mention of how [English writer and philosopher] Sir Thomas Browne’s skull was stolen from his grave,” explains Dickey. “I then discovered that the composers Beethoven, Mozart and Haydn had their heads stolen as well. I started asking myself, ‘Wait, is this a thing?’”

This discovery became his first book, Crankioklepty: Grave Robbing and the Search for Genius ( Unbridled Books, 2010), which explores how bizarre practices like grave-robbing connect with larger cultural phenomena like phrenology, whose adherents believed skull shape says something about personality or intellect. Slave-holders, for example, often used phrenology to falsely assert the inferiority of Africans based on pseudoscientific examination of skulls, and to argue against emancipation.

“What I found is that even if something seems bogus, it doesn’t mean it doesn’t have a real impact on our world. We think it’s all weirdos and whackos, but fringe culture has real implications,” says Dickey, whose most recent book is The Unidentified: Mythical Monsters, Alien Encounters, and Our Obsession With the Unexplained (Penguin Random House, 2021).

He recently sat down to discuss aliens, ghosts, secret societies, and what we can learn from them about our fears, prejudices and fantasies.

Let’s talk about your most recent book, The Unidentified, which looks at paranormal events. What do you think belief in aliens says about our society? 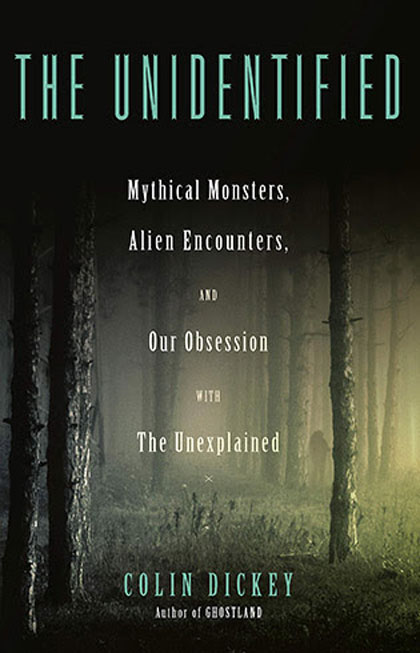 Aliens often seem to exist in our culture to help someone promote their preferred sense of reality as an inevitable. Some of the earliest alien contacts describe blonde-haired, blue-eyed aliens spreading the word about a Utopian or Christian society.

Contactee Gloria Lee, a flight attendant, claimed to be speaking with an alien named J.W. who transmitted spiritual teachings to her. She couldn’t just tell people her ideas as a flight attendant and get taken seriously, but using this extraterrestrial invests the ideologies with importance.

There’s also a racial erasure in ufology. Two of the most famous abductees are Betty and Barney Hill, a biracial couple. Their experience has become the standard template for abductee stories. A movie was made about them that is clearly also about the racism they experienced, but that component was ignored by audiences.

It seems the stereotype of an “alien contactee” is of a geeky white guy who watches The X-files.

Which is wrong because some of the most famous people in the history of contactees are Black men. [Nation of Islam leader] Louis Farrakhan and [jazz musician] Sun Ra both had elaborate narratives around their contactee experiences.

We don’t talk about that and it raises some questions: What’s an acceptable purpose around contactees? Who gets to have contactee experiences? Are people not talking about these experiences because of their prejudice about who they think aliens want to contact?

The Unidentified mentions something called “the Kentucky meat shower,” which sounds incredibly weird. Can you explain what that was and what the reaction to it suggests about human nature?

The Kentucky meat shower happened in 1876, when a woman and her grandson witnessed chunks of meat raining down in her yard. Nobody knew where they came from. This wasn’t a hoax; this is something that really happened. In fact, a newspaper reporter showed up and tried to convince someone to taste a piece. There are explanations, but none of them are that great.

In the 19th and into the 20th century there was this disenchantment with the world. Suddenly, everything could be explained scientifically or theologically. So, things start happening that seem to resist explanation. And, I definitely think there is still something important about keeping your eyes open to wonder.

Your previous book Ghostland: An American History in Haunted Places is all about ghosts. Do you know a good Los Angeles ghost story?

Most haunted places are old Victorian houses, but in Los Angeles we have haunted hotels like the Biltmore or the Roosevelt.

While writing this book, I spent time in the Westin Bonaventure hotel, which is purportedly haunted by a girl in a red dress. We probably say its haunted partly because it’s awkward and disorientating; it feels like a prison. It’s not a good place to be in, and we attach ghosts to places we feel uncomfortable in: prisons, asylums, cramped spaces. There’s actually a whole philosophy around prison architecture — to build places that inspire melancholy.

Are you working on another book project?

I’m currently writing a book on secret societies, real and imagined, in America — things like the Underground Railroad, Freemasonry, The Illuminati and the New World Order, the CIA and the FBI — and how conspiracy theories form our understanding of such societies.

People think the recent rise of conspiracy theories and secret societies just came out of nowhere, but we’ve had moral panics forever. There was the Satanic ritual panic of the 1980s [in which day care providers were accused of molesting children as part of Satanic gatherings], which actually put people in jail. [Former U.S. Attorney General] Janet Reno made her career prosecuting people for alleged satanic crimes in the 1980s in Miami.

We also think of 2016 as the first “conspiracy theory” election, but it wasn’t. There was an Illuminati scare during the election of 1800, in which Federalist opponents of Republican presidential candidate Thomas Jefferson accused him of being part of the illuminati — only to have their own accusations turned back upon them by a disgruntled ex-Federalist.

The Illuminati theory tends to refer to anything that’s uncomfortable or unexpected around democracy. When something doesn’t go your way in politics, you can step back and reexamine yourself or you can say there’s a plot against you, which means you don’t have to self-examine.

Halloween is coming up. How do you like to celebrate?

I’m definitely planning to re-watch some favorite Japanese horror movies. However, I actually do most of my ghost stuff around Christmas. Telling ghost stories in the winter is a very old tradition, which we’ve sort of lost. 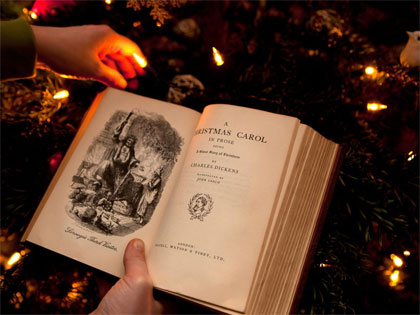 A Plea to Resurrect the Christmas Tradition of Telling Ghost Stories

Though the practice is now more associated with Halloween, spooking out your family is well within the Christmas…

The arrival of Scottish and Irish immigrants into America brought the holiday of Samhain, a pagan celebration of the dead that occurs in the late fall, and so Americans eventually shifted their association with ghost stories and the supernatural to what’s now known as Halloween.

On Christmas Eve, I have friends over and we sit around to tell ghost stories. The most famous ghost story of all is, of course, actually set during Christmas: Charles Dicken’s A Christmas Story.

Collection Finding Our Place in the Cosmos: From Galileo to Sagan and Beyond