Journal News / Mysterties / Alien Abduction of Linda Napolitano That Was Pulled Up Into Giant UFO, 23 Witnesses 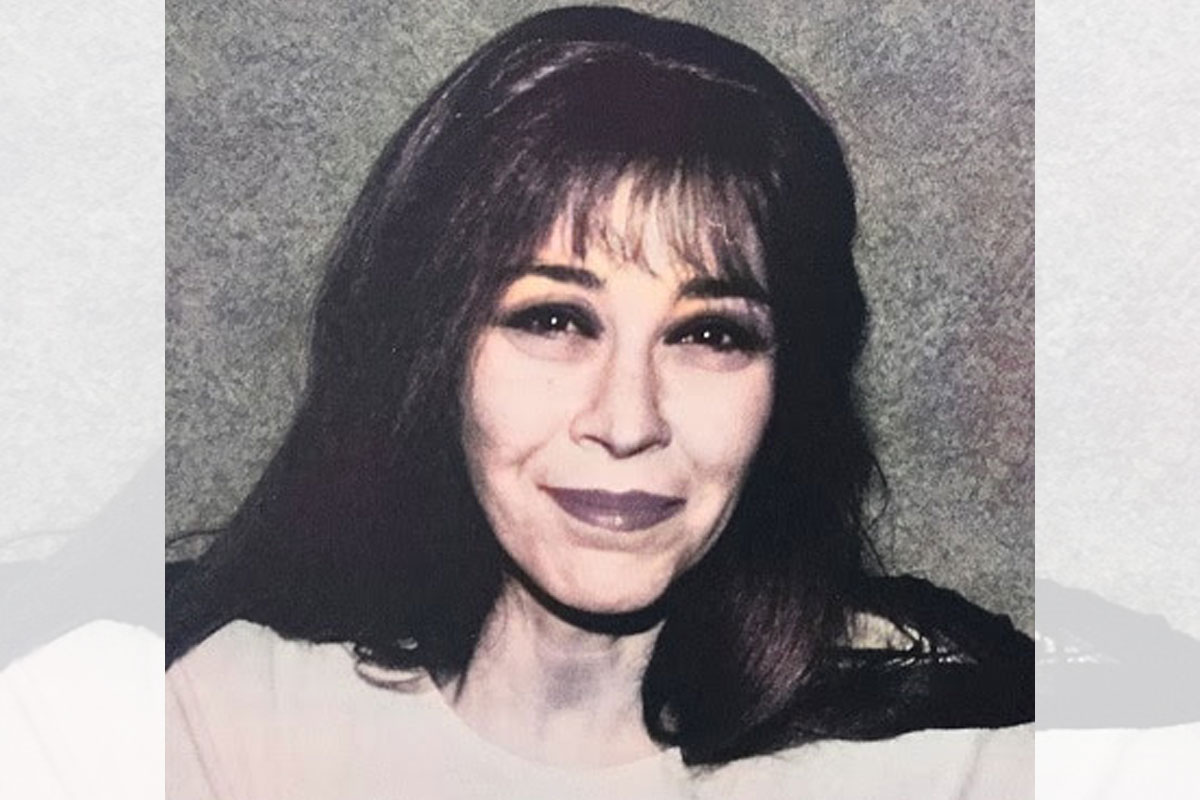 Alien Abduction of Linda Napolitano That Was Pulled Up Into Giant UFO, 23 Witnesses

Around 45% of Americans believe that UFOs exist and have visited the Earth, while 25% believe that aliens have similar societies like humans, according to Ipsos 2020 report. There are many victims who claimed to had been abducted by small gray-colored humanoids (Greys) and then taken to spaceships for some experiments or mating. Among them, Linda Napolitano’s case is the most well-documented UFO encounter.

Linda Napolitano (who uses the pseudonym Linda Cortile), a young woman in her 20s claimed that in November 1989 she had been pulled by grey humanoids from her bedroom window while her husband was asleep next to her. Soon after this horrific incident, she contacted Budd Hopkins, an American UFO researcher who even wrote a book entitled “The True Story of the Brooklyn Bridge UFO Abductions,” describing the UFO events that occurred on November 30, 1989. 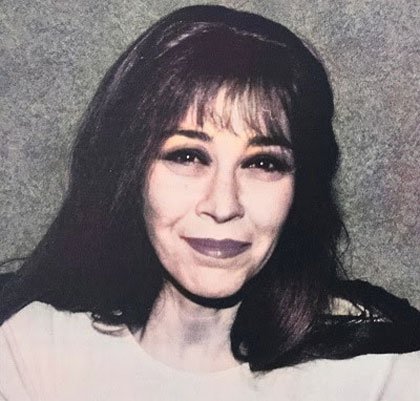 Napolitano, an Italian-American young woman said that on November 20, at 3:15 in the morning, she suddenly woke up, finding herself paralyzed, and saw three non-human figures, gray in color and with big heads that were floating in her bedroom. She could not call her husband as the beings told her in their language to stay quiet. She was pulled by a blue beam from her apartment’s window (on the 12th floor) in Manhattan. She was levitating inside that beam with three other aliens until they reached a giant spaceship that opened like a clam.

“I’m standing up on nothing. And they take me out all the way up, way above the building. Ooh, I hope I don’t fall. The UFO opens up almost like a clam and then I’m inside. I see benches similar to regular benches. And they’re bringing me down a hallway.

Doors open like sliding doors. Inside are all these lights and buttons and a big long table. I don’t want to get up on that table. They get me on the table anyway. They start saying things to me and I’m yelling. I can still yell. One of them says something that sounds like {Nobbyegg}. I think they were trying to tell me to be quiet because he put his hand over my mouth.” 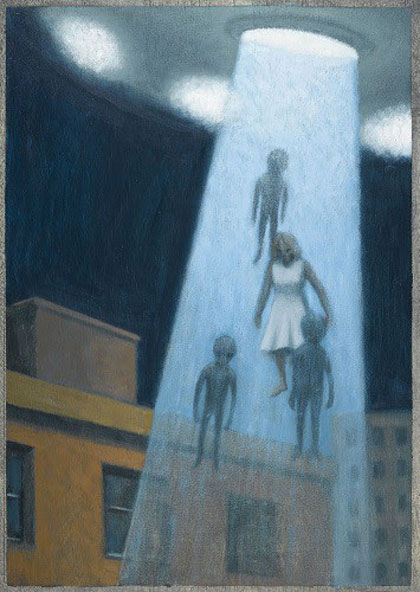 Napolitano could not remember much about what had happened inside that ship but she recalled some sort of medical examinations that had been done on her, and she remembered that had passed through some procedures. Besides, she remembered that one of the aliens put something into her nasal cavity, and the pain was so unbearable that she lost her consciousness. Three hours later, she surprisingly found herself lying next to her husband who was still sleeping. Interestingly, she did an x-ray of her head, and the doctor found something strange lodged inside her nose.

This encounter was not just limited to Napolitano, there were other witnesses. Two security guards (Richard and Dan) confirmed to had been watching Napolitano with three humanoids, being pulled up to a large UFO, hovering near her apartment. One of the guards felt guilty for not helping her and even suffered a nervous breakdown. 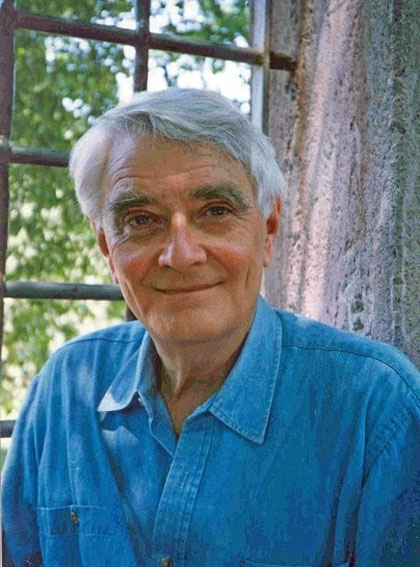 “There was an oval-shaped object hovering over the top of the apartment building two or three blocks up from where we sat.

We didn’t know where it came from. It happened too fast. Its lights turned from bright reddish-orange to a whitish blue coming out of the bottom. Green lights rotated round the edge of the saucer. A little girl or woman wearing a white gown sailed out of the window in a fetal position – and then stood in mid-air in this beam of light. I could see three of the ugliest creatures I ever saw. I don’t know what they were. They weren’t human.

Their heads were out of proportion, very large heads with no hair. Those buggers were escorting her into the craft. My partner screamed, ‘We have got to get them.’ We tried to get out of the car but couldn’t. After the woman was escorted in, the oval turned reddish orange again and whisked off.”

The founder and director of Mutual UFO Network, Walter H. Andrus strongly believed in Napolitano’s story and called it a “definitely authentic’ case of human abductions by aliens.”

Andrus said “he knows what the ETs are after.” They have been using humans to further their species. Cortile’s story is familiar to Philip Klass, a former senior editor for Aviation Week & Space Technology magazine known as the ‘Sherlock Holmes of UFOlogy.’ In his 1988 book, ‘UFO Abductions, A Dangerous Game,’ Klass described the emergence of what he calls an alien abduction cult among UFO enthusiasts. The book examines numerous claims of ETs abducting young children and taking flesh samples, impregnating young women with alien semen, and then returning to remove their unborn babies for transplant to ET females.

The short video below features the aforementioned Hopkins speaking on the Brooklyn Bridge, across from Cortile’s apartment.

Klass devoted several issues of his UFO Skeptics Newsletter to the Cortile case, uncovering implausibilities and major discrepancies in her story and its handling by Hopkins. For example, Cortile later added to her story that her son had been abducted by ETs two months earlier and that the craft that took her crashed into the East River.

No such incident was reported by any witness. Klass said the two alleged security agents, Dan and Richard have never been found, although Hopkins allegedly arranged for them to meet Cortile in her apartment. She later claimed that Dan kidnapped her from Manhatten street and took her to a CIA safe house. And Klass said Hopkins claimed to have received a letter from the ‘third man’ who witnessed the incident, the world leader who refused to step forward. 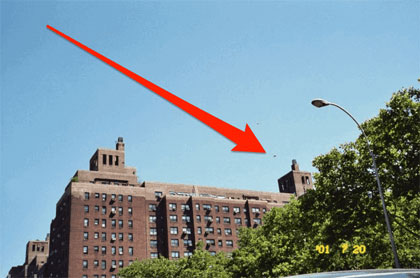 Hopkins reportedly believed it was Javier Perez de Cuellar, who was a secretary-general of the United Nations in 1989. Despite mounting evidence against Cortile’s story, even some MUFON members were skeptical, Andrus called it “a case of the century.”

However, there is much skepticism about Napolitano’s case. Some people compared it with the sci-fiction novel “Nighteyes,” originally published on March 1, 1989. But at the same time, there are 23 eyewitnesses who saw this strangeness that night.

Alien Abduction of Linda Napolitano That Was Pulled Up Into Giant UFO, 2…
Vicky Verma

Linda Napolitano, a young woman in her 20s claimed that in November 1989 she had been pulled by grey humanoids f…

Mysteries Of Flight: The Curious Case Of Pan Am Flight 914